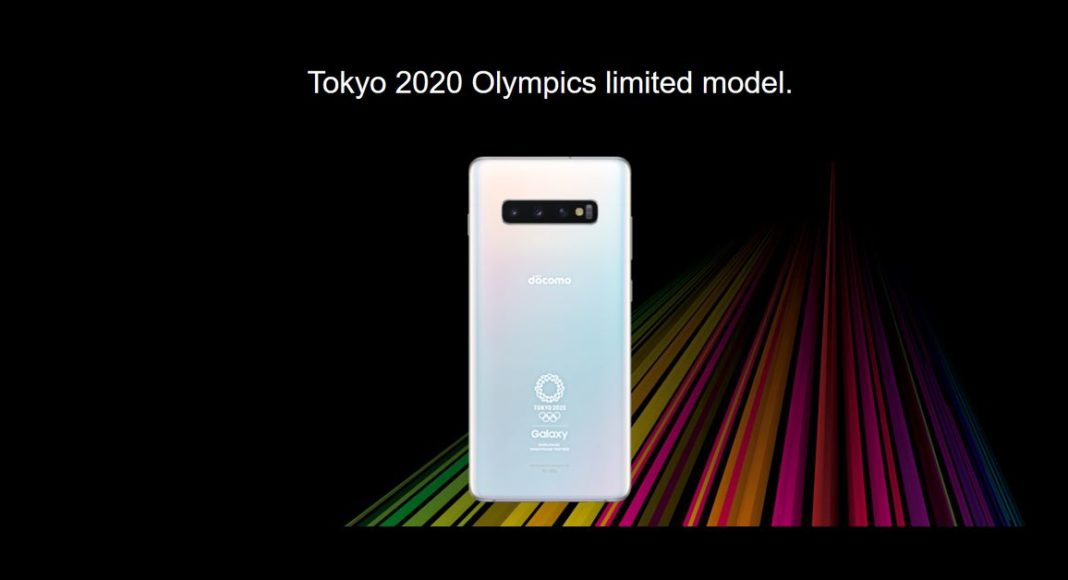 The upcoming Galaxy S10+ Olympic Games Edition will have a price tag of JPY 1,14,696 (approximately Rs 73,300). But the device will also be available for a 36-months contract with monthly instalments worth JPY 3,186 (approximately Rs 2,000). Samsung Galaxy S10+ Olympic Games Edition will also come with custom Galaxy Buds whose charging case will also have the Olympic 2020 Tokyo on its lid.

The design of the Galaxy S10+ Olympic Games Edition is similar to the regular model. But there is an Olympic Games Tokyo 2020 logo engraved on the back panel of the phone. There is also the telecom operator, NTT Docomo’s logo on the back of the device. Currently, the limited edition smartphone is available for pre-order on the Docomo’s online shop. But it should be noted that the company will be making only 10,000 units of these devices commemorating the upcoming Olympic Games 2020.

The official sale of the device will start in July 2019 in Japan. But the global availability of the device is currently not known.

Samsung Galaxy S10+ Olympic Games Edition’s specifications and hardware are similar to the regular Galaxy S10+. It sports a 6.4-inch Quad HD+ Curved AMOLED display with the punch hole cut out on the top holding the front camera. The device is powered by the Snapdragon 855 / Exynos 9820 paired with 8GB of RAM. It will have 128GB of internal storage and packs a 4,000mAh battery.

On the camera front, the Galaxy S10+ Olympic Games Edition features a triple rear camera setup which comprises of a 12MP telephoto lens paired with a 12MP wide-angle lens. While the third camera is a 16MP ultra-wide angle lens. On the front, there is s dual-rear camera setup which comprises of an 8MP RGB depth sensor paired with a 10MP sensor with an f/1.9 auto-focus lens.

Aman Singhhttps://www.gadgetbridge.com/
Aman Kumar Singh has a Masters in Journalism and Mass Communication. He is a journalist, a photographer, a writer, a gamer, a movie addict and has a love for reading (everything). It’s his love of reading that has brought him knowledge in various fields including technology and gadgets. Talking about which, he loves to tweak and play with gadgets, new and old. And when he finds time, if he finds time, he can be seen playing video games or taking a new gadget for a test run.
Facebook
Twitter
WhatsApp
Linkedin
ReddIt
Email
Previous article
Samsung Galaxy Note 10 5G to come with a lesser than expected battery: Report
Next article
How to save the parking location of your vehicle on Google Maps (Android and iOS)