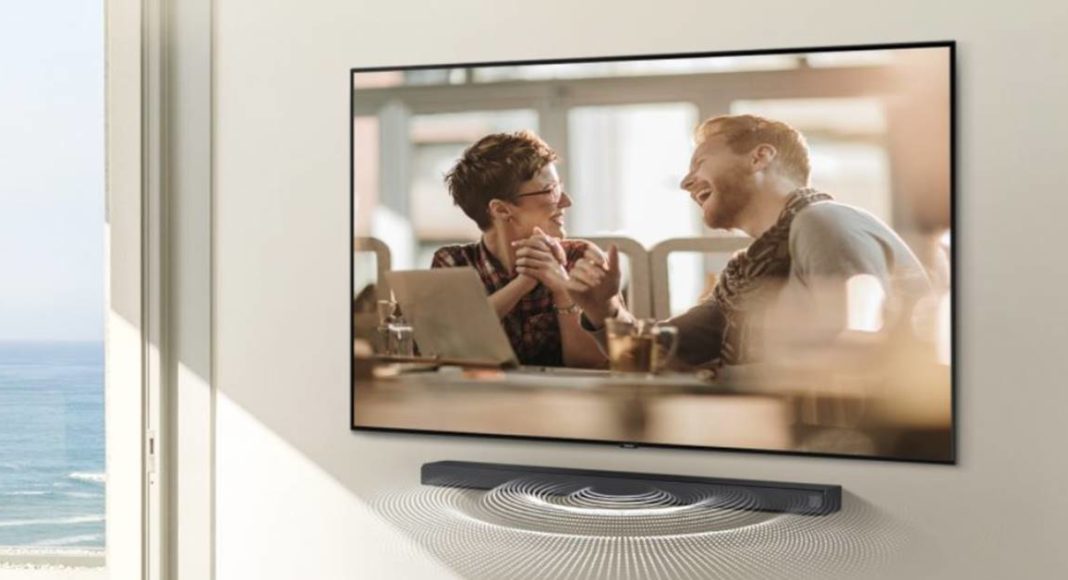 As people look to recreate the theatre experience at home, Samsung Electronics Co. has announced an innovative new series of soundbars – all designed to deliver immersive, captivating sound quality that will enhance the home theater experience. The Flagship Q, Lifestyle S, and T Series soundbars seamlessly integrate with Samsung’s wide-ranging TV lineup, with premium design to suit the needs of any consumer’s home environment.

The Q Series, which leads Samsung’s trio of soundbar audio offerings and includes the Q800T, which won a 2020 CES Best of Innovation Award, includes Samsung’s signature Q-Symphony technology – which combines the soundbar’s dynamic Object Tracking Sound with the TV’s top speakers to produce a fully immersive listening experience in any living room.

Moreover, the Q series also comprises of Samsung’s proprietary Acoustic Beam Technology, which takes TV audio and mixes it to surround the listener with a panoramic soundscape – creating sound that aligns with the action on screen.

According to the company, “Through this technology, Samsung’s engineers have been able to incorporate some of the most advanced acoustic designs into wide-range tweeters that can reach 800hz. These technologies come together to make the listener feel like they’re right in the middle of the action.”

Besides this, Samsung claims that the Q800T and Q70T feature upward-firing speakers that support both Dolby Atmos and DTS:X technology – resulting in three-dimensional audio that flows all around the listener. The Q800T and Q70T also include HDMI eARC (Enhanced Audio Return Channel), which enables users to listen to uncompressed high-quality audio with eARC compatible TVs. And both soundbars can expand from their built-in speaker channel configuration to a 5.1.2-channel system with the addition of a wireless speaker kit.

In addition to the above-mentioned features, Samsung’s T Series – the successor to the groundbreaking R Series soundbars – introduces several new models in the entry-to-mid range lineup: the T650, T550, and the T450. The T650 includes 3.1 channel surround sound, anchored by a dedicated center channel speaker that helps project audio content crisply and clearly.  Plus, both the T650 and T550 are HDMI-enabled and feature DTS Virtual:X, which emulates a spatial surround sound system without the need for additional speakers.

The S Series soundbar is designed to bring your walls to life, the S series is coated with premium textiles from Kvadrat – a global design textile company. The S60T – another CES Innovation Awards Honoree – comes with a wide-range tweeter attached to the horn-shaped speaker.

Samsung claims that “The result is a rich sound that fills every corner of your room. The S60T also features Alexa voice control, so users can easily listen to their favorite music services, like Amazon Music, Spotify, Tunein, and iHeart Radio.”