The device supports the S Pen. 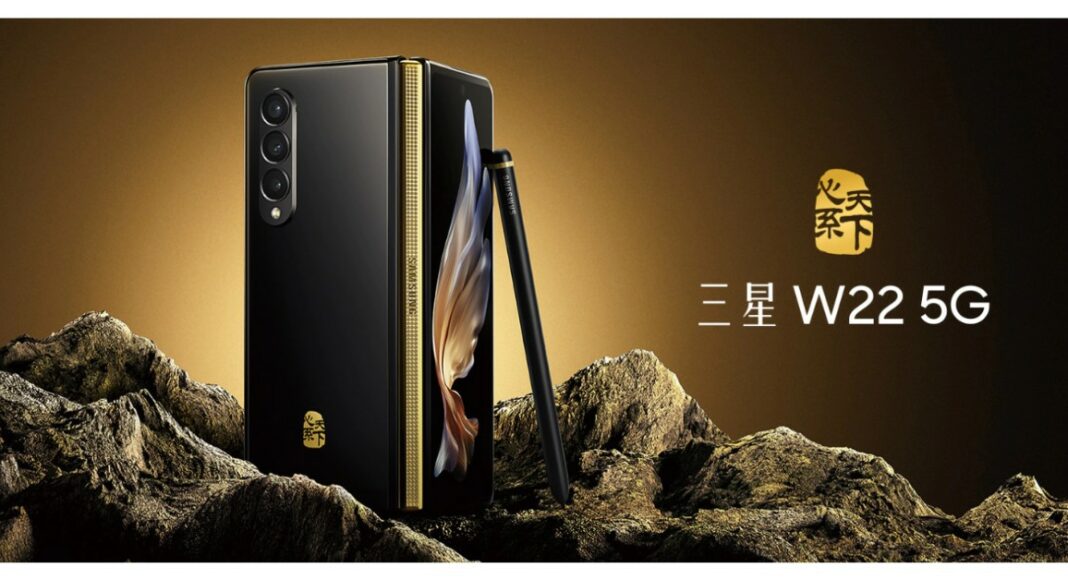 The South Korean giant, Samsung, has announced the launch of its latest foldable smartphone in the market. The company has expanded its Galaxy Z Fold 3 Series with the launch of the Samsung W22 5G. The device is quite similar to Z Fold 3 but the phone is the successor of the W21 that was introduced last year.

The latest device features a 7.6-inch foldable primary screen while the outer screen is 6.2 in size. The screen on the inside is an AMOLED display while the second one is an HD+. Furthermore, the phone includes a triple rear camera set and 2 additional cameras for selfies.

However, the Samsung W22 5G may be an extension of the Samsung Galaxy Z Fold 3 but there is a difference in the phone’s branding as well as in its form factor. The W-Series device can be customised and comes with a tweaked design. The phone is offered in a Black and Gold colour option with a textured gold hinge. Other than this the foldable device features a 7.6-inch QXGA+ foldable AMOLED primary display with 2,208×1,768 pixels of resolution. The outer display comes with a 6.2-inch HD+ screen with 832×2,268 pixels of resolution.

Under the hood, there is an octa-core SoC paired with 16GB of RAM and 512GB of internal storage. In terms of imaging, there is a triple rear camera set-up that includes a 12MP sensor that comes with OIS support. In addition to this, there is a 10MP selfie camera on the cover and a 4MP under the display camera sensor provided on the foldable screen for taking selfies.

The Samsung W22 boasts a 4,400mAh battery and a fingerprint sensor on the side. For connectivity, there is 5G, 4G LTE, Bluetooth v5.2, NFC, WiFi 6, Ultra-Wideband (UWB) and USB Type C port for charging. Lastly, the phone also comes with an S Pen support. 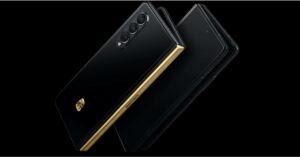 Samsung W22 5G has been launched in China. There it has arrived in a single 16GB RAM with 256GB storage option priced at CYN 16,999 that translates to Rs 1,98,800. The device will be available in a sole Phantom Black colour option. The new foldable phone by Samsung seems to be costlier as in China itself the Samsung Galaxy Z Fold 3 is selling for CYN 14,999 that converts to Rs 1,75,300.

Besides this, the latest W-Series phone is not up for pre-orders and the company will begin shipping from October 22.

Komila Singhhttp://www.gadgetbridge.com
Komila is one of the most spirited tech writers at Gadget Bridge. Always up for a new challenge, she is an expert at dissecting technology and getting to its core. She loves to tinker with new mobile phones, tablets and headphones.
Facebook
Twitter
WhatsApp
Linkedin
ReddIt
Email
Previous article16 October 2021 Amazon Quiz today answers: Answer to win Rs 10,000 Amazon Pay Balance
Next articleA new Awesome mint colour variant of Samsung Galaxy A52s 5G launched in India

Prime Day will be held by Amazon on July 23 and...

The rise in popularity of crypto casinos