Which one is a better smartphone? 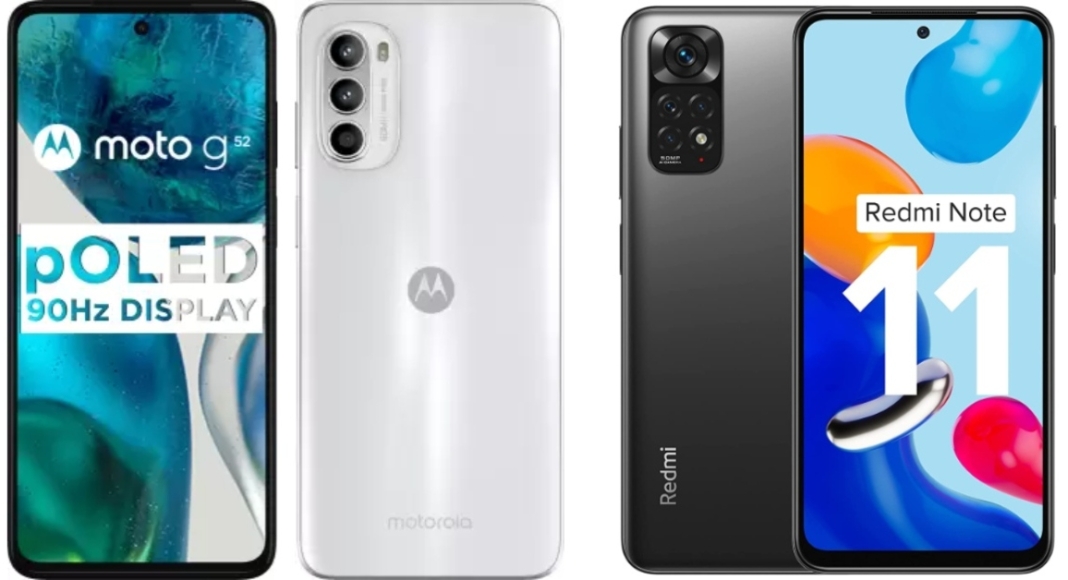 Moto G52: A triple-camera setup with a 50-megapixel primary sensor, an 8-megapixel ultra-wide-angle depth sensor and a 2-megapixel macro sensor are also included in the camera unit.

Both phones are essentially identical in every way except one. The camera sensors on both devices are nearly identical, with the exception of a depth sensor on the Redmi smartphone. The Moto smartphone, on the other hand, takes the lead with a 16-megapixel front-facing camera, whereas the Redmi only has a 13-megapixel selfie camera.

Another aspect that Motorola has the upper hand over any other Android smartphone is the software. The smartphone comes pre-installed with vanilla Android 12. So, if you’re looking for a new smartphone but don’t care much about the camera and want a pure Android experience, the Moto G52 is the way to go.

Komila Singhhttp://www.gadgetbridge.com
Komila is one of the most spirited tech writers at Gadget Bridge. Always up for a new challenge, she is an expert at dissecting technology and getting to its core. She loves to tinker with new mobile phones, tablets and headphones.
Facebook
Twitter
WhatsApp
Linkedin
ReddIt
Email
Previous articleMoto G52 with 5,000mAh battery and 90Hz display launched in India
Next articleAdditional Pre-Registration Achievement Rewards have been added to Apex Legends Mobile