Sony brings the beautiful Xperia M5 to India for Rs 37,990 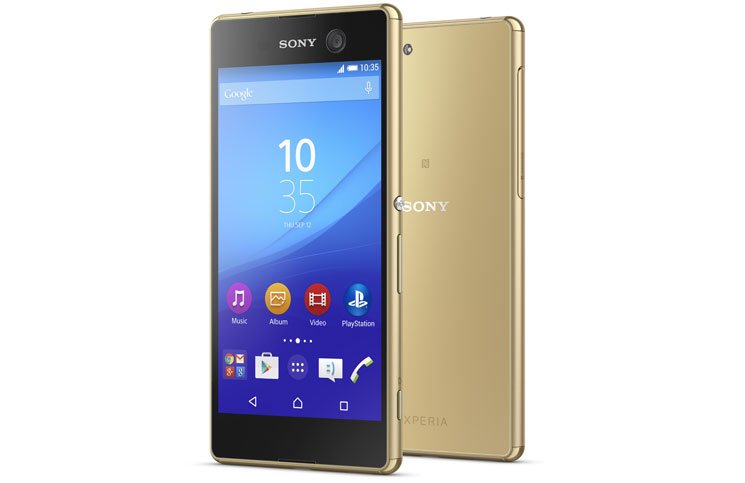 Sony is doing wonders with smartphones. The Japanese producer has added another member to its Xperia series with the launch of Xperia M5 smartphone, which has a sleek form factor. It is available in two colours — gold and black.

The Xperia M5 is dust proof and water resistant. Another nice feature is that the device comes with a capless USB port, making it easier and more convenient for users to charge the phone.

On the specification front, the Xperia M5 smartphone features a 5-inch full HD touchscreen, which comes with 16 million colours display. This device runs on Android version 5.0 Lollipop operating system. The smartphone is powered by a 64-bit 2GHz Octa-Core MediaTekHelio X10 processor paired with 3GB of RAM. The onboard storage of the smartphone stands at 16GB that can be further expanded up to 200GB using a microSD card.

As far as the cameras are concerned, the Xperia M5 flaunts a 21.5-megapixel rear camera with LED flash and autofocus. The smartphone also has a 13-megapixel front facing camera for selfies. The connectivity options of device include 4G LTE, 3G, Wi-Fi, Bluetooth, GPS, NFS. Power is one of the most important factors of a smartphone. For that, this phone houses a 2,600 mAh battery.

Sahiba Sethhttp://www.gadgetbridge.com
Sahiba Seth is a student, pursuing English (Hon) from Delhi University. She has been a trainer of HYTSE (Helping Youngsters To Speak English) in her school. She loves to interact with people and she is crazy about gadgets like mobiles and cameras. She likes to read and search about gadgets, and their features. She loves to stay in tune with the happenings of Hollywood and Bollywood. Also, she is passionate about reading novels and creative arts.
Facebook
Twitter
WhatsApp
Linkedin
ReddIt
Email
Previous articleASUS Zenfone 2 Deluxe Review: super looks and 4GB RAM makes all the difference
Next articleHere is what the new iPad mini 4 would cost in India