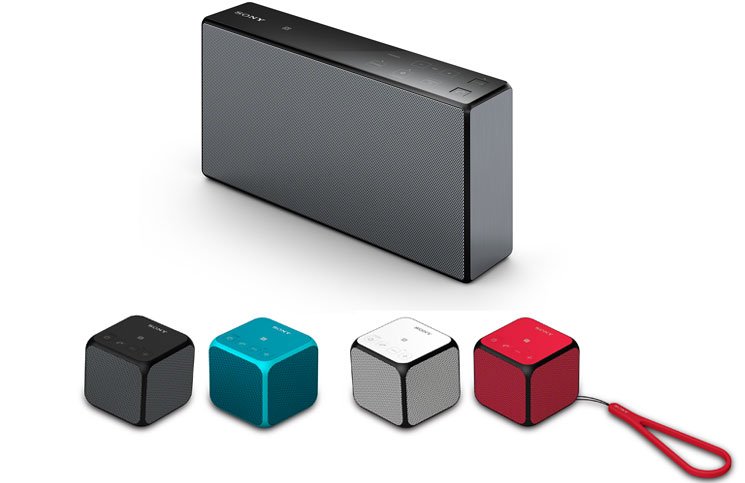 Music is something that everyone likes to hear. Whether it’s the usual rock or some good old classical melodies, this form of art in all its genres is desired by everyone. Mobile phones and audio/songs go hand in hand. The tech manufacturers know this fact and build devices that can enhance the experience.

To enable users to enjoy music from any Bluetooth device, Sony has launched two new portable Bluetooth speakers in India called the SRS-X11 and the SRS-X55. The design of the X11 is quite appealing and is available in a lot of colours, including blue, red and black. X11 has 10 Watt RMS single speaker system that should be good for closed group/range for sharing audio.

On the other hand the bigger brother X55 is built for larger rooms as it has 30W RMS audio output. X55 has 5W x 2 speakers along with 20W sub woofer. The loudness of this system goes down by couple of notches when the speaker is not on A/C power but on internal battery.

Sulabh Purihttp://www.gadgetbridge.com
Sulabh Puri is the Editor In Chief of GadgetBridge.com. A content specialist, he started his career young and it has been a rewarding 15 years for him. Before heading Gadget Bridge, he was the Editor of Times of India (TOI) Technology and GadgetsNow.com. He has also led TOI’s international edit arm as the Editorial Head of Business Insider India and Tech Radar India. He has also worked with various media houses such as the India Today Group and Cybermedia. He loves everything ‘gadgety’ and enjoys tinkering with new tech toys and automobiles. A graduate in commerce from Delhi University, he is also an adept graphic designer. When he is not working, he can be found in the kitchen, cooking mouth-watering chocolate cakes and croissants.
Facebook
Twitter
WhatsApp
Linkedin
ReddIt
Email
Previous articleIntex brings to life two new phones: Aqua Life and Aqua Life II
Next articleGoogle is set to reveal a new Android OS at I/O 2015, what can we expect?