The voice recorder comes with an OLED display. 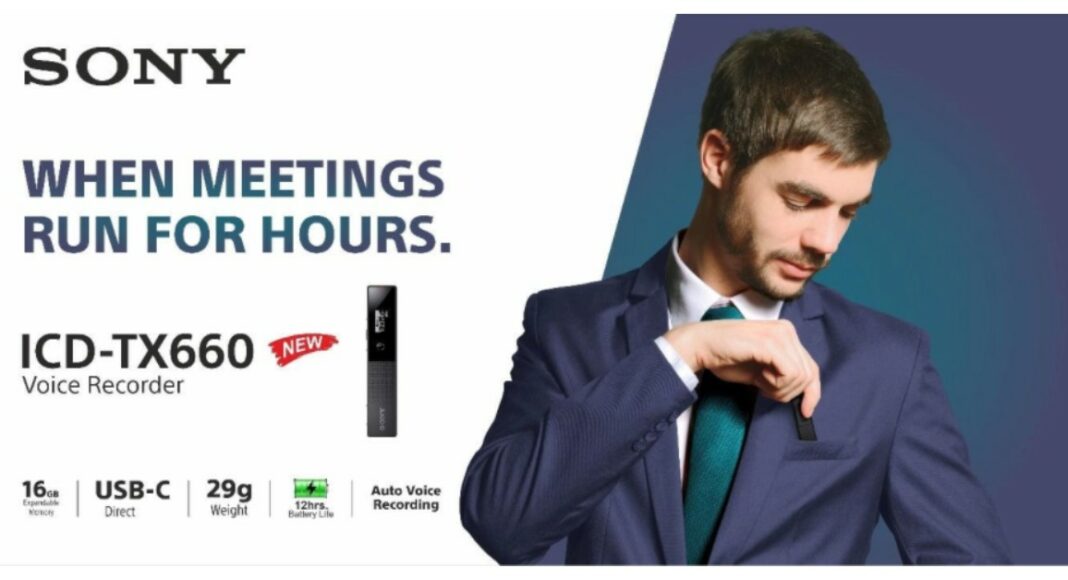 Sony India has announced the launch of a new digital voice recorder in the Indian market. The Sony ICD-TX660 digital voice recorder offers 16GB of onboard storage and is claimed to record and store more than 5,000 files. In addition to this, it features an OLED display and includes Auto Voice Recording features that help in reducing disturbing environmental sounds and is apt for recording meetings, lectures and classes.

Sony ICD-TX660 digital voice recorder has been launched in India with a price tag of Rs 11,670. It will be available for purchase across Sony retail stores (Sony Center and Sony Exclusive), www.ShopatSC.com portal, major electronic stores and on Amazon and Flipkart portal in India from September 27 onwards. 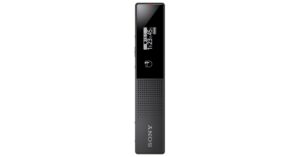 In terms of design, the Sony ICD-TX660 digital voice recorder comes in a compact size that can be easily carried in your pocket. The device is light in weight and is just 29 grams and bears an ultra-thin design with a metallic body. The digital voice recorder features an OLED display that makes the text legible to read.  You can keep track of your recordings and read the text more easily. In addition to this, there is a brighter REC light which makes it easier to see the recording status LED from above when putting it in the chest pocket or bag.

The Sony ICD-TX660 digital voice recorder comes with an improved Digital Stereo Mic of the voice recorder that reduces the noise by 50 % without sacrificing the microphone sensitivity. It has a parabolic form mounting part (Redlined part) and improved High-Quality Digital Stereo Mic (sky blue part), TX660 can record High-Quality stereo recording. The Sony digital voice recorder can automatically adjust mic sensitivity for voice and optimize audio capture settings for vocal frequencies and reduces the background noise. Moreover, ICD-TX660 has 16GB of built-in memory, so you have plenty of storage space for your audio. Record and store up to 5000 separate files. It also includes a USB Type-C port for convenient connectivity and is claimed to last 12 hours for recording meetings, lectures and classes.

Komila Singhhttp://www.gadgetbridge.com
Komila is one of the most spirited tech writers at Gadget Bridge. Always up for a new challenge, she is an expert at dissecting technology and getting to its core. She loves to tinker with new mobile phones, tablets and headphones.
Facebook
Twitter
WhatsApp
Linkedin
ReddIt
Email
Previous article
What is Facebook’s take a break feature and how to use it?
Next article
How to mirror your Android or iPhone screen to Firestick?