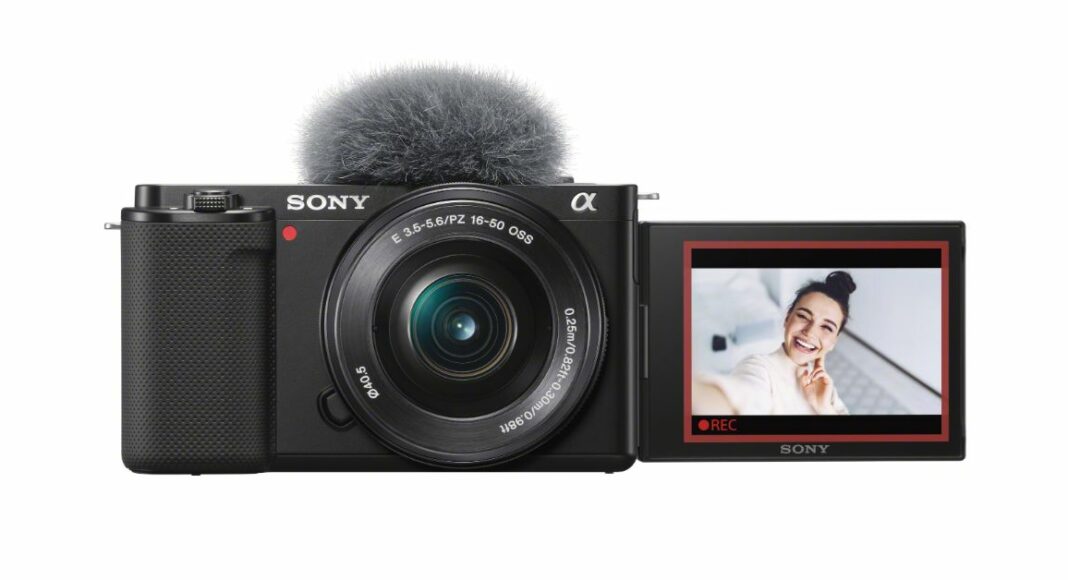 Sony Alpha ZV-E10 mirrorless camera with interchangeable lens has been launched in India today. The newly launched Sony camera is targeted at vloggers and content creators. It comes with the company’s advanced imaging technology with extensive usability and a custom-built feature set that is optimized for creators. The interchangeable-lens feature on the Sony vlogging camera adds versatility and advanced autofocus with Real-time tracking and Eye Autofocus for shooting on the go.

Sony Alpha ZV-E10 camera has been launched in India with a price tag of Rs 59,490 for the body only. Whereas the camera with SELP1650 kit will cost you Rs 69,990. The mirrorless camera will be available for purchase from today onwards. across all Sony Centers Alpha Flagship stores, www.ShopatSC.com portal, major electronic stores and e-commerce websites (Amazon and Flipkart).

Sony Alpha ZV-E10 comes with a lightweight form factor. The camera includes a side-opening Vari-angle LCD Screen that allows creators to connect external mics on top of the camera. This is beneficial while shooting in selfies mode and from high and low angles. The Sony mirrorless camera also includes other features like the new Still/Movie/Slow and Quick motion button located on the top of the camera that allows creators to easily change between their desired shooting mode with just one touch.

The Sony Alpha ZV-E10 mirrorless camera features a 24.2-megapixel APS-C Exmor CMOS sensor and BIONZ X image processing engine that produces lifelike high quality, detailed images. The vlogging camera also includes features like  “Background Defocus” that can smoothly switch between a blurred (bokeh) and sharp background, as well as the “Product Showcase Setting” mode that allows the camera to automatically shift focus from the subject’s face to an object being highlighted.

The Alpha ZV-E10 offers electronic image stabilization with Active Mode for stable video recording. The advanced autofocus technology provides fast, precise AF along with high-quality audio for clear sound recording. The Fast Hybrid AF and Real-time Eye AF for video, Real-time Tracking that allows the camera to keep track of the subject’s face and eyes for fast and precise autofocusing. The user can also customize the camera’s AF settings, such as AF Transition Speed and AF Subject Shift Sensitivity, to choose between fast focusing or slow-focusing according to their creative preferences.

The Sony camera also comes with an interchangeable lens functionality that allows the user to expand their creative imagination and expressions according to their content. Whereas the inclusion of a headphone jack allows the user to connect headphones to accurately monitor sound recordings. Audio output timing can also be set for Live or Lip Sync. The Sony Vlogging camera uses an original Face Priority AE (auto exposure) algorithm that can detect the subject’s face and adjusts the exposure to ensure that the face is depicted at optimal brightness, even when selfie-shooting in scenes with extreme changes in lighting, and even if the subjects face turns away momentarily from the camera.

The Alpha ZV-E10 camera allows 4K video shooting through full pixel readout without pixel binning and Slow & Quick Motion with High-speed full HD recording at 120 fps. The mirrorless camera also offers a high bit-rate XAVC S codec at 100Mbps when recording 4K and 50Mbps when recording Full HD. When pairing the camera with a prime lens, the user can zoom without losing video resolution to maintain a full 4K video. The user can also choose from 8 zoom speed settings for added creative flexibility.

Komila Singhhttp://www.gadgetbridge.com
Komila is one of the most spirited tech writers at Gadget Bridge. Always up for a new challenge, she is an expert at dissecting technology and getting to its core. She loves to tinker with new mobile phones, tablets and headphones.
Facebook
Twitter
WhatsApp
Linkedin
ReddIt
Email
Previous article
iOS 15 draining your battery? Here are 7 ways to save battery on your iPhone
Next article
Oppo A16 powered by MediaTek Helio G35 SoC launched in India