The feature is already accessible in India and was introduced in June 2020. 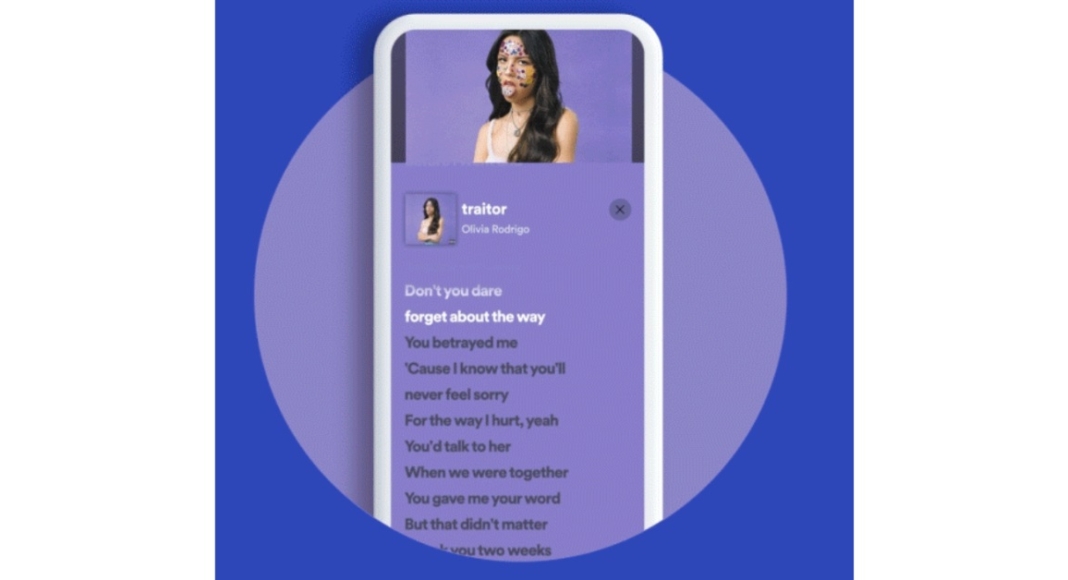 Music streaming service Spotify has announced that its live lyrics feature will be available in more regions now. For the expansion, the company has joined forces with Musixmatch to make this a reality. The Live lyrics feature on Spotify will be accessible to both non-premium and premium subscribers across Playstation 4, Playstation 5, and XBox One, along with Android TV, including FireTV, Samsung, Roku, LG, Sky, and Comcast. Those who were unaware of this feature already live in India where the new feature syncs the lyrics to the song that is playing.

Spotify Live lyrics feature will be freely accessible to free and premium subscribers across multiple platforms like mobile apps, desktop app as well as on SpotifyTV app globally. The music streaming platform made the announcement via a blog post that said, “Let’s say it plain and simple: It’s easier to jam out to your latest favourite song when you know the words. That’s why, beginning today, Spotify is empowering millions of fans around the world to sing louder and more confidently than ever with the launch of Lyrics.” It further added, “As of today, Lyrics are available to all Free and Premium users globally across iOS and Android devices, desktop, gaming consoles,* and TV, so that millions of fans can connect with the music and artists they love on an even deeper level.”

According to Spotify, lyrics are one of the most requested features from listeners across the globe. The company has created an experience that is simple, interactive and even shareable after iterating and testing. By collaborating with Musixmatch the music streaming platform has brought song lyrics to life through in-app access across the majority of tracks.

To access this feature on the mobile app all you need to do is tap on the “Now Playing View” on a song. While listening, swipe up from the bottom of the screen. Tracks lyrics will scroll in real-time while the song is playing. In order to share simply tap the “Share” button at the bottom of the lyrics screen and then show which lyrics ]to share them— via and third-party platforms.

On the desktop app from the “Now Playing” bar, click on the microphone icon while a song is playing. Now you’ll see track lyrics that scroll in real-time while the song plays.

Whereas on the SpotifyTV app you have to open the  “Now Playing View” on a song. Then go to the right corner to the “lyrics button” and select if you want to enable Lyrics. Once enabled, you’ll see the lyrics in the “Now Playing” View.

Komila Singhhttp://www.gadgetbridge.com
Komila is one of the most spirited tech writers at Gadget Bridge. Always up for a new challenge, she is an expert at dissecting technology and getting to its core. She loves to tinker with new mobile phones, tablets and headphones.
Facebook
Twitter
WhatsApp
Linkedin
ReddIt
Email
Previous article
Infinix Hot 11S Review: A very good low budget smartphone
Next article
Meta experimenting with new controls that will allow Facebook users to customise content in their news feeds