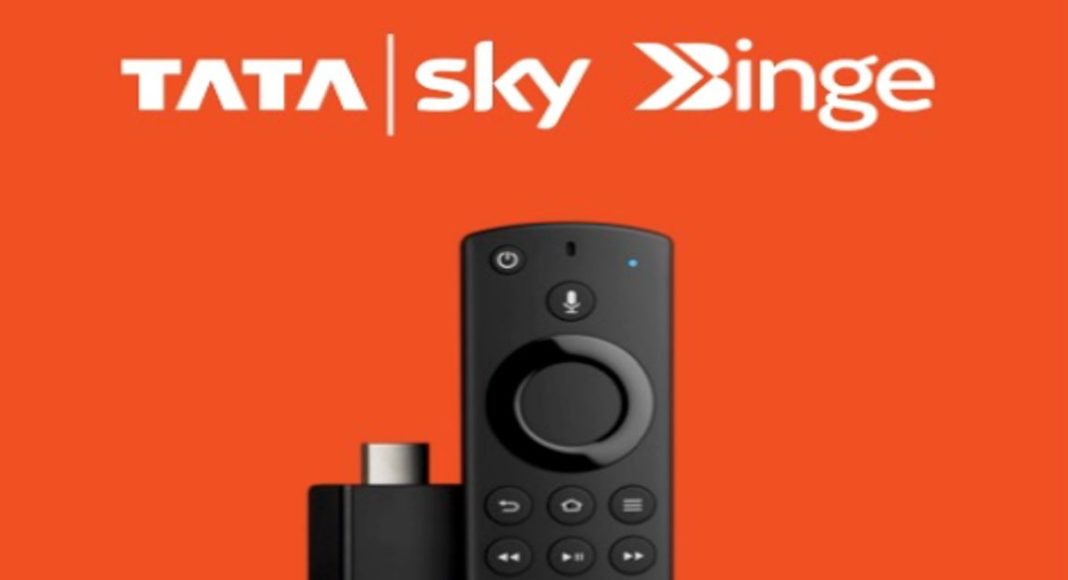 Speaking at the launch, Pallavi Puri, Chief Commercial Officer of Tata Sky said, “Tata Sky has always been committed to bringing the best entertainment to the big screen, powered by the finest technology and packaged in the most user-friendly interface. We are now extending the superior ‘Tata Sky experience’ to the world of apps with Tata Sky Binge. It is a unique platform that bridges internet and television content bringing a premium viewing experience of the best internet app videos to large screens. Tata Sky Binge is available to our subscribers through the world-class Amazon Fire TV Stick, which comes along with the Binge subscription. We are sure that this unique partnership will bring a new entertainment experience to life across millions of Tata Sky homes.”

As mentioned above, the new subscribers of Tata Sky will also get 3 months of free subscription of Amazon Prime which will not just include shows. It will also include benefits on shopping, shipments, entertainment, shows, movies, Amazon Prime originals, Amazon Prime Video and so on. Other than that, the subscribers will also get ad-free unlimited songs and access to Prime Music, eBooks with Prime Reading, and deals before other users.

The introductory pack of the Tata Sky Binge will include the Amazon FireTV Stick – Tata Sky Edition as well as Alexa Voice Remote with Tata Sky Binge app pre-installed. The device is powered by a quad-core CPU and offers Wi-Fi connectivity for streaming the content with no compromise on the picture quality. The subscribers will get access to digital content from every category including Bollywood, Hollywood, Cricket, regional cinema, web-series, English & Hindi TV series and Kids content through Tata Sky Binge.

Aman Singhhttps://www.gadgetbridge.com/
Aman Kumar Singh has a Masters in Journalism and Mass Communication. He is a journalist, a photographer, a writer, a gamer, a movie addict and has a love for reading (everything). It’s his love of reading that has brought him knowledge in various fields including technology and gadgets. Talking about which, he loves to tweak and play with gadgets, new and old. And when he finds time, if he finds time, he can be seen playing video games or taking a new gadget for a test run.
Facebook
Twitter
WhatsApp
Linkedin
ReddIt
Email
Previous article
PUBG Mobile Season 7 update 0.12.5 is live now, new gun Skorpion, Flight Trail added
Next article
Compare: OnePlus 7 Pro and OnePlus 7