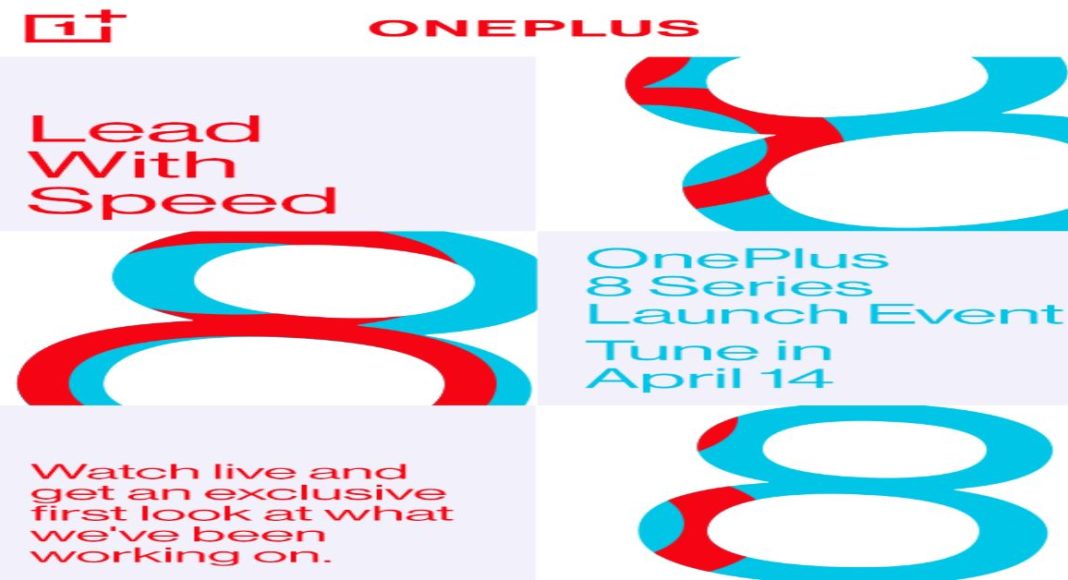 Finally, the wait is over the Chinese premium smartphone company OnePlus is all set to bring its most awaited OnePlus 8 series to market. The company is going to unveil the smartphone series on April 14. This time the company will be launching the device a bit earlier. The company will be launching the OnePlus 8 series via an online presentation that will begin at 8:30 pm IST via the company’s YouTube channel. The leaks and reports suggest that both the OnePlus 8 and OnePlus 8 Pro is going to offer 5G connectivity.

While sharing the news the company stated that “To share the excitement of OnePlus’ latest flagship series launch with all our global community, the launch event will be hosted at 8:30 pm IST, 14 April, via Livestream on the OnePlus official website and YouTube. Join us and witness the dawn of a true 5G flagship line up.”

The company has confirmed that the upcoming lineup is going to support 120Hz display however it is not yet confirmed if this would be available on both the devices. Some of the rumours and reports also suggest that this time the company will go off the trend and will include the third smartphone to the series that is OnePlus Z. The company has created a dedicated microsite for the forthcoming OnePlus 8 series which contains a teaser video which confirmed that the series will include a black colour variant. The company via tweet also hinted that the smartphones might feature an Always-On display. Currently, all its latest devices come with an Ambient display. The Always-On display would prove to be a good feature the user will be able to see notifications and other information on their smartphone without having to lift the phone. To recall this feature was available on the initial units of OnePlus 6 series which was withdrawn by the company later on.

Besides this, the recent camera specifications and colour options of the OnePlus 8 and OnePlus 8 Pro have also been leaked on the web. According to a report by Pricebaba and tipster Ishan Agarwal, the OnePlus 8 pro is going to come with a binary 48-megapixel IMX689 primary sensor with f/1.78 lens and IMX586 ultra-wide camera with f/2.2 aperture with 120-degree field-of-view. Further assisted by an 8-megapixel telephoto camera with 3X optical zoom and 30X digital zoom with f/2.44 aperture, and lastly a  5-megapixel colour filter. The report suggests that the device will feature an always-on HDR10+ display offering 1400nits of brightness. We have also shared the images of the mint green colour variant of the OnePlus 8 Pro recently.

According to a report by Winfuture the standard model which is OnePlus 8 will come with a hole-punch display. It will be available in three colour variants Glacial Green, Interstellar Glow, and Onyx Black. According to another report, the device will feature a triple rear camera set up consisting of a  48-megapixel primary camera with f/1.8 aperture, a secondary 16-megapixel ultra-wide lens and a 2-megapixel macro lens.

The previous reports also suggest that this time the company is supposed to launch  OnePlus 8, OnePlus 8 Pro, and the OnePlus 8 Lite. The lite variant is going to be unveiled later this year.

Komila Singhhttp://www.gadgetbridge.com
Komila is one of the most spirited tech writers at Gadget Bridge. Always up for a new challenge, she is an expert at dissecting technology and getting to its core. She loves to tinker with new mobile phones, tablets and headphones.
Facebook
Twitter
WhatsApp
Linkedin
ReddIt
Email
Previous article
March 31 Amazon Quiz Answers: Answer all the questions to win Canon 1500D DSLR
Next article
As Houseparty and Zoom gains popularity, user’s accounts are being hacked