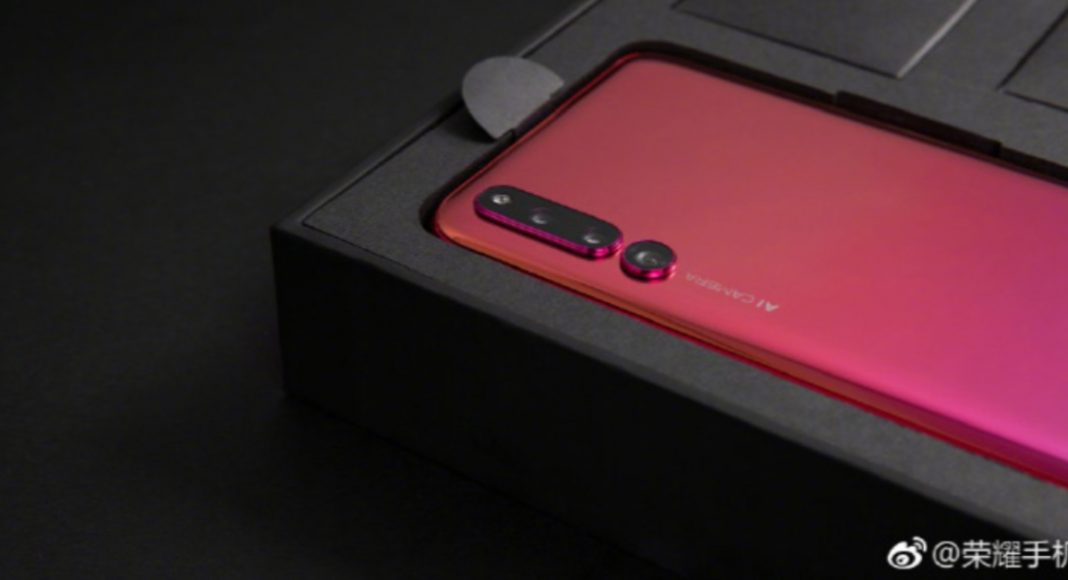 The Honor Magic 2 smartphone is all set to be announced on October 31. The upcoming offering by Honor will be an all-screen smartphone which will come with a slider camera, similar to Xiaomi Mi Mix 3’s and Oppo Find X‘s.

Honor Magic 2 mobile has been in a news a lot for the last few weeks and the company itself has been posting about the smartphone that it will be launching in a few days’ time. And now, Honor has new official images of the smartphone on its Weibo account.

These images are not renders of Honor Magic 2, but instead show the smartphone inside the box, its slider selfie cameras, its triple rear camera setup, and the colour variants.

As seen in the pictures, the smartphone comes in Blue and Pink/Purple gradient colour variants. In the photos, both the colour variants look rather pleasing. The smartphones’ back panels have two colours. Towards the top, one is Blue while the other is Pink. The colour slowly change towards the bottom of the back panel — so Blue makes a few shades darker and Pink becomes Purple. Speaking of the box, it is dressed in Black and has text written on it in either Gold or Rose Gold. 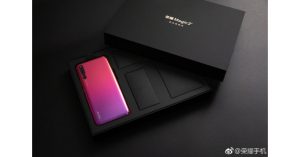 The back panel looks minimalistic in the photos and like Huawei P20 Pro, houses three cameras that come with an LED flash and have AI Camera written below them. It has been reported that among the three cameras, one is a 16MP regular sensor, one is a 24MP monochrome sensor and the last one is a 16MP telephoto lens. 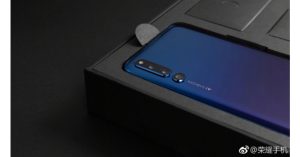 The smartphone’s back panel also has the Honor branding which can be read properly only on holding the Honor Magic 2 mobile in landscape mode. 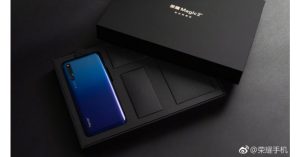 While the back panel did remind us of Huawei P20 Pro, the front does not. The images of the front panel of Honor Magic 2 show an all-screen display. We were so glad to see that the upcoming smartphone defies the current trend in the smartphone industry and comes without a notch — much like the front panels of Oppo Find X and Vivo Nex (review). With so many smartphones sporting a notch on their displays, it is really refreshing to see one that doesn’t. 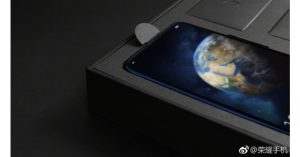 The 16MP selfie camera of the smartphone is housed in a slider that also comes with two lenses for 3D facial recognition. 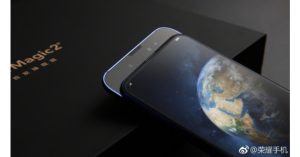 From other reports that have surfaced online earlier, the Honor Magic 2 will feature a 6.4-inch Full HD+ touchscreen display and is powered by Kirin 980 chipset paired with 8GB RAM and 128GB of onboard storage. The smartphone will reportedly house a 3,400mAh battery and will come with support for Huawei’s 40W fast charging. Honor Magic 2 is said to run Android 9.0 Pie skinned with EMUI 9.

Avani Baggahttp://www.gadgetbridge.com
Avani has an immense love for reading, travelling and food, but not necessarily in the same order. Avani almost started pursuing law, but life had other (better) plans for her and she chose to be a writer instead (luckily!) She previously covered technology at Times Internet and wrote about smartphones, mobile apps and tech startups. When she’s not writing, you’ll be able to find her in book stores or catching up on her social life.
Facebook
Twitter
WhatsApp
Linkedin
ReddIt
Email
Previous articleXiaomi’s ‘Diwali With Mi’ sale begins today: All the offers you should know about
Next articleOnePlus to launch a 5G smartphone in 2019: Co-founder Carl Pei