HomeMobilesThe price of this iPhone X starts at $4,500, here’s why 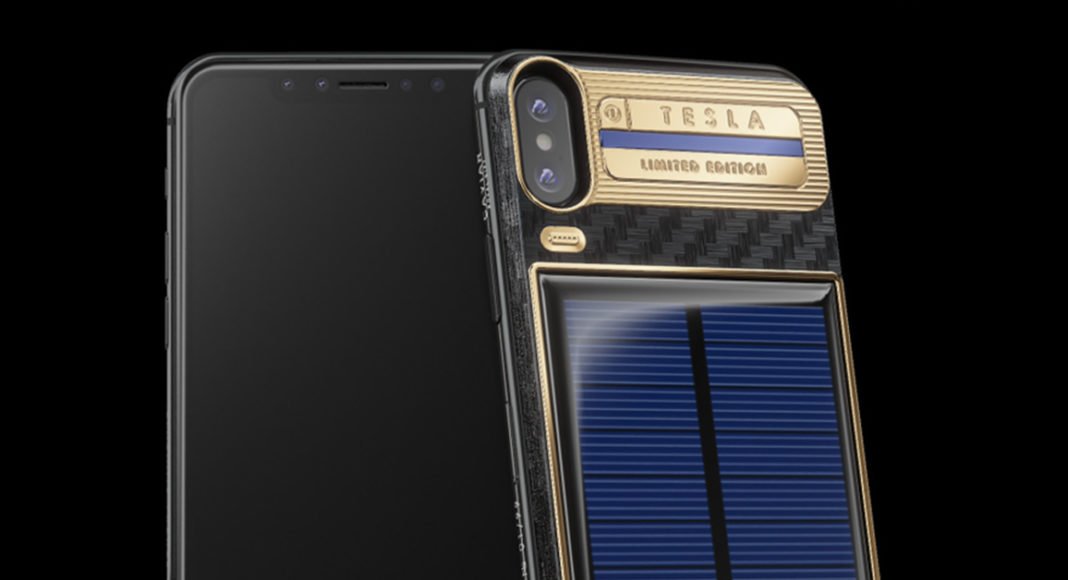 An accessory maker from Russia named Caviar has started selling a ‘new’ version of iPhone X for $4,500. So, it’ll basically cost you way more than the original iPhone X. But wait, that’s just the cost of the 64GB variant. If you are planning to buy the 256GB variant of this special iPhone X, you will have to pay $4,805. Wondering what is so special about this ‘new’ version of iPhone X? According to media reports, it is a solar powered version of the iPhone X. In fact, Caviar is branding the device as iPhone X Tesla. Yes, you read that right.

It is not the first time that we have read reports about this version of iPhone X, as the company had initially announced its plans in November.  And like we mentioned before, Caviar is an accessory maker from Russia, so obviously it can have nothing to do with making iPhones or Tesla. In fact, the $4,500 iPhone X Tesla’s functions are there in the smartphone at all?

Before you get too confused, we’ll tell you that iPhone X Tesla is a phone case that comes with solar panels on it back. The cases have the iPhone X in them already and the solar panels on them power a secondary battery. This can used to provide charge to iPhone’s battery when it runs out by just pressing the power button on the back.

The solar panel of iPhone X Tesla is shock-resistant and is surrounded by a carbon fiber case. The case has anodized buttons on the edges and golden elements to embellish its rear panel. Needless to say, the iPhone X Tesla phone case is very thick and is claimed to be IP67 water and dust resistance.

To make it more exclusive, Caviar is only manufacturing 999 units and is adding an individual number to them in the order in which they were produced.

Furthermore, to pay a tribute to Elon Musk, the first unit of the iPhone X Tesla has “Made on Earth by Humans” engraved on it. For those who don’t know, back in February, when Elon Musk’s SpaceX launched the first flight of its Falcon Heavy rocket with a red Tesla Roadster in space, “Made on Earth by Humans” was the special message that Musk had written on it for aliens. Caviar said in a statement that the company is inspired by ‘three men of science,’ namely Nikola Tesla, Steve Jobs, and Elon Musk.

Avani Baggahttp://www.gadgetbridge.com
Avani has an immense love for reading, travelling and food, but not necessarily in the same order. Avani almost started pursuing law, but life had other (better) plans for her and she chose to be a writer instead (luckily!) She previously covered technology at Times Internet and wrote about smartphones, mobile apps and tech startups. When she’s not writing, you’ll be able to find her in book stores or catching up on her social life.
Facebook
Twitter
WhatsApp
Linkedin
ReddIt
Email
Previous articleLenovo Spectra Fitness Band HX03F Unboxing and Details
Next articleHTC U12 Plus’ specifications and pictures leaked ahead of its launch