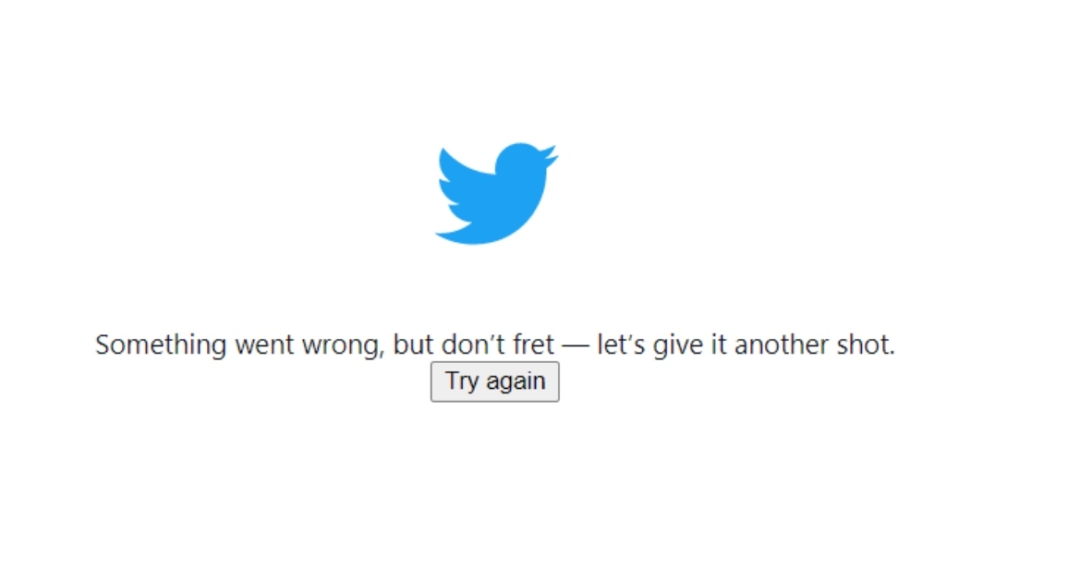 As a number of social media downtimes over the past week continue to annoy users, now Twitter becomes the third site to crash after Instagram and WhatsApp. It was down today and users were facing difficulties accessing the microblogging platform. The users reported that they were not able to log in to the website and experienced issues accessing their feeds. Users reported downtime with Twitter’s Web client, indicating a problem.

The micro-blogging site, Twitter, was having issues with users all over the world including India. Early on Friday, many users complained about issues with the website. Many Twitter users reported that they couldn’t access the website to log in. For PC users, Twitter was unavailable. When the feed page initially loads, a popup with the message “Something went wrong, but don’t fret — let’s give it another shot” displays.

According to the down detector, only the PC version of Twitter’s website is affected by the outage; the mobile app is unaffected. According to reports, the outage began at about 3 am and experienced a noticeable peak around 7 am. However, according to reports, many of the impacted individuals may now access Twitter again. We are still awaiting an official explanation of the problem, though.

The Twitter outage comes after Elon Musk’s takeover. Apart from this, huge layoffs would start at Twitter. As per the company email which was sent to its employees via email that it would notify them of any personnel reductions by Friday at 9 a.m. Pacific time. Twitter stated its offices will be temporarily closed and all credential access will be suspended.

The business stated in an email sent to Twitter employees that Reuters was able to see, “In an effort to place Twitter on a healthy path, we will go through the difficult process of reducing our global workforce on Friday.”

The email stated that employees who have been let go will receive information on the following steps in their personal emails.

Komila Singhhttp://www.gadgetbridge.com
Komila is one of the most spirited tech writers at Gadget Bridge. Always up for a new challenge, she is an expert at dissecting technology and getting to its core. She loves to tinker with new mobile phones, tablets and headphones.
Facebook
Twitter
WhatsApp
Linkedin
ReddIt
Email
Previous article
Samsung’s AX46 and AX32 IoT-enabled air purifiers launched in India
Next article
Flipkart will offer a discount of Rs 1,000 on the Nothing Ear Stick: Details inside