Twitter introduces Tip Jar for iOS and Android, a new way to show support and donate on the platform with money 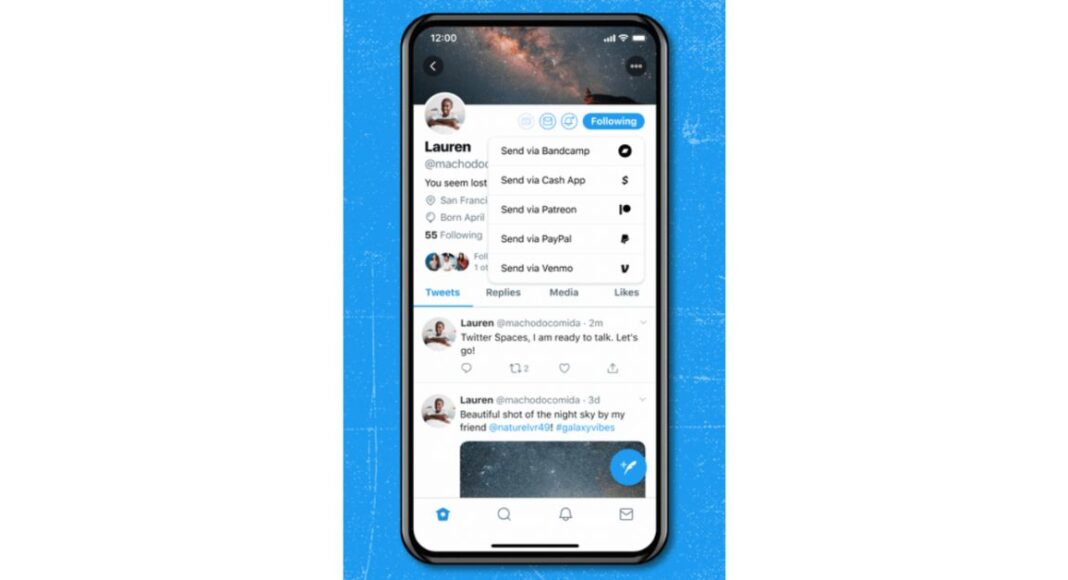 Twitter Spaces was recently introduced to a limited number of users on the microblogging platform. In a new update, the social media channel has now announced the launch of the Tip Jar feature on its Android and iOS platforms. The new functionality will allow the users to generate and give tip/money to support tweets on the platform.

Commenting on the launch, the Senior Product Manager, Esther Crawford said, “We $ee you – sharing your PayPal link after your Tweet goes viral, adding your $Cashtag to your profile so people can support your work, dropping your Venmo handle on your birthday or if you just need some extra help. You drive the conversation on Twitter and we want to make it easier for you to support each other beyond Follows, Retweets, and Likes. Today, we’re introducing Tip Jar – a new way for people to send and receive tips.”

Tip Jar feature on Twitter is a method to support each other by sending and receiving money. As of now it will be available to a limited group of people around the world and soon more people will be able to access the feature to add Tip Jar to their profile and we’ll expand to more languages.

Twitter users across the globe will know if an account’s Tip Jar is enabled when you see a Tip Jar icon next to the Follow button on their profile page. Once you tap on the icon you will see a list of payment services or platforms that the account has enabled. You can choose whichever payment service or platform you prefer and you’ll be taken off Twitter to the selected app where you can show your support in the amount you choose. So the payment services it supports will include Bandcamp, Cash App, Patreon, PayPal and Venmo. It should also be noted that Twitter takes no cut and on Android tips can be sent within just arrived Spaces as well.

Komila Singhhttp://www.gadgetbridge.com
Komila is one of the most spirited tech writers at Gadget Bridge. Always up for a new challenge, she is an expert at dissecting technology and getting to its core. She loves to tinker with new mobile phones, tablets and headphones.
Facebook
Twitter
WhatsApp
Linkedin
ReddIt
Email
Previous article
Asus Zenfone 8 Flip and Zenfone 8 specs and renders leaked ahead of the launch: Here is what to expect
Next article
Samsung Bixby 3.0 update brings support for Indian English language