Representative tweets on trends can be found on Twitter for iOS and Android now. 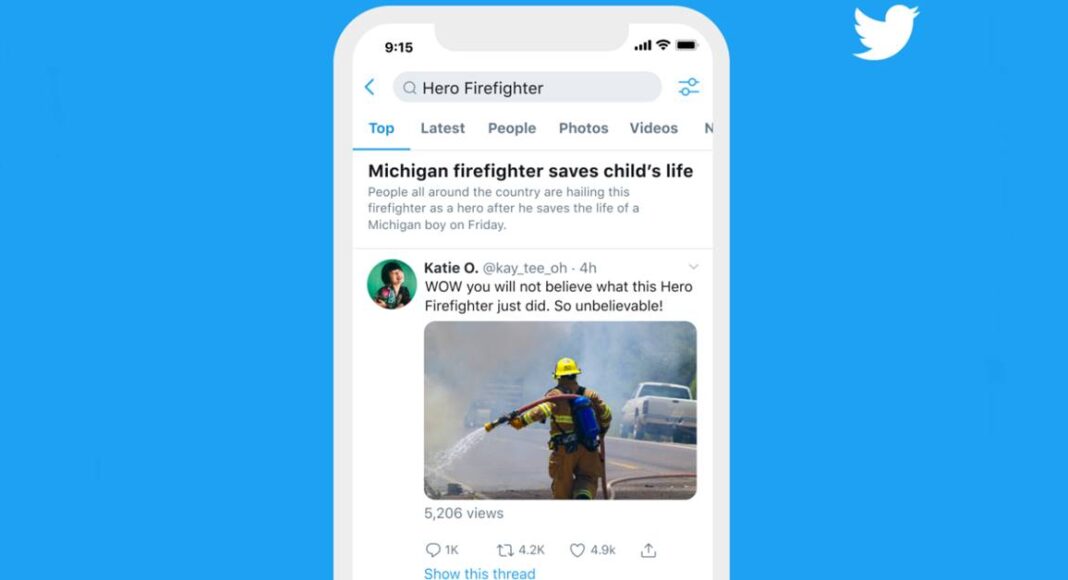 Often, Twitterati look at one word or phrase trending on Twitter and wonder why it is trending? In order to make it easier to understand, Twitter is adding pinned tweets and descriptions on trends. According to the microblogging platform, some trends will have a representative Tweet pinned to them to give you more insight about a trend right away. Representative tweets on trends can be found on Twitter for iOS and Android now. Twitter is also working to bring them to twitter.com soon too.

An official blog post by Twitter has revealed that a combination of algorithms and curation team determine if a tweet represents a trend by evaluating if the tweet is very reflective of the trend and popular. Twitter further added that algorithms are designed to identify representative tweets that aren’t potentially abusive, spam, or posted by accounts trying to take advantage of its system.

Twitter further added that in the weeks ahead, a user should see brief descriptions added to some trends as well to help add context to the trend. Descriptions will provide straightforward, clearly sourced context around why something is trending. Descriptions are developed by its curation team and follow their guidelines. Descriptions on trends will be found on twitter.com and Twitter for iOS and Android.

Twitter further added that the reports will be published in Arabic, Turkish, Spanish, German, French, Japanese, and Portuguese very soon too. The microblogging website is continuing to iterate on the process to further contextualize the data.

“Our work to increase transparency efforts across the company is tireless and constant. We will continue to work on increasing awareness and understanding about how our policies work and our practices around content moderation, data disclosures and other critical areas,” an official blog post revealed.

Furthermore, Twitter will take every opportunity to highlight the actions of law enforcement, governments, and other organizations that impact Twitter and the people who use our service across the world.