The company has announced Streamer Kombat 5.0 and BOOYAH! Cup 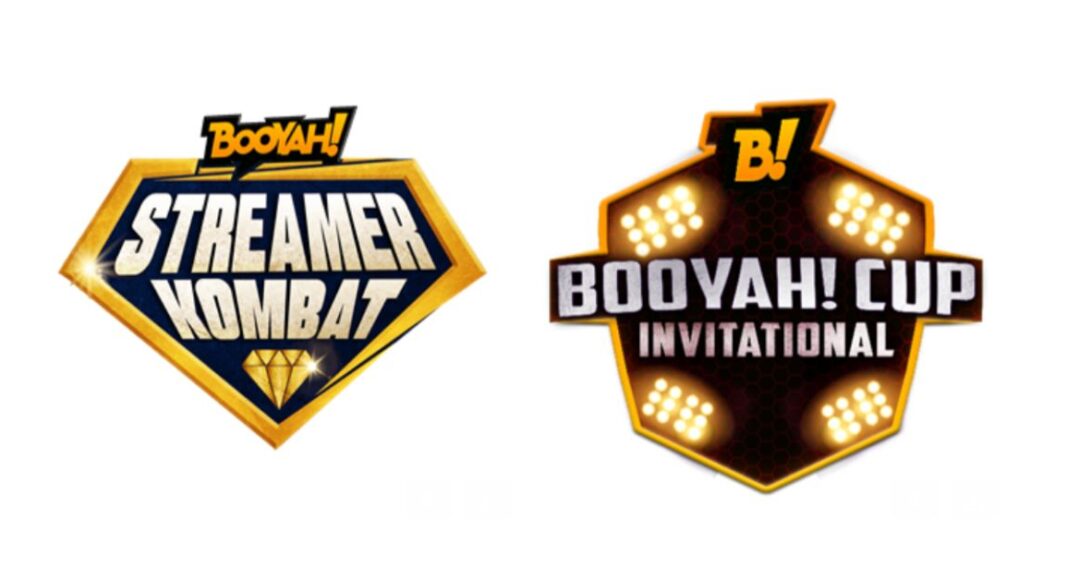 Recently Garena announced the Light Up Bermuda campaign for Free Fire on the occasion of Diwali which includes a host of localised in-game events. Now the game developers have come up with two new online events in the spirit of Diwali featuring prominent streamers from across the nation. The company will be introducing Streamer Kombat 5.0 and BOOYAH! Cup.

According to the company, the Streamer Kombat 5.0 will go live tomorrow on November 18 at 3 PM and will go on till 5:30 PM IST via the official Free Fire India channel on BOOYAH!. Whereas the BOOYAH! Cup which is the company’s first-ever esports invitational tournament will take place from November 23 to November 26. The company is inviting all the Free Fire and esports fans from across the country to win exciting Free Fire item drops. 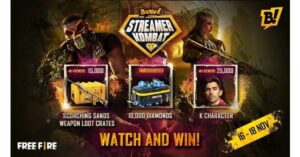 Starting with Streamer Kombat 5.0 in which 24 prominent  streamers will compete against each other in the classic battle royale game mode. This will include 20 BOOYAH! streamers and 4 streamers fFree Firerom the Free Fire partner programme that we have listed below:

In addition to this, the tournament will include 6 back-to-back squad matches where the participants can win Free Fire diamonds from a total prize pool of 25,000 diamonds. The first prize is 12,500 diamonds while the second prize is 7500 diamonds and in the third place, the participant will win 5,000 diamonds. Moreover, they can also win Free Fire item drops, including 10,000 diamonds, 150 Scorching Sands Weapon Loot Crates (at the 15,000-viewer milestone), and 20-character drops of K (at the 25,000-viewer milestone). 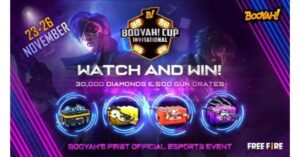 As we said earlier the BOOYAH! Cup is the Free Fire’s first esports invitational tournament that will bring together the best teams in India, including the Free Fire India Championship (FFIC) finalists Total Gaming eSports, CRX-Elite, and many more. The tournament will include two qualifier rounds and one set of play-ins and the top 12 teams post qualifiers will compete for a grand prize pool of Rs 1,00,000. The winner will win Rs 60,000 while the runner ups will win Rs 30,000 and Rs 10,000.

Komila Singhhttp://www.gadgetbridge.com
Komila is one of the most spirited tech writers at Gadget Bridge. Always up for a new challenge, she is an expert at dissecting technology and getting to its core. She loves to tinker with new mobile phones, tablets and headphones.
Facebook
Twitter
WhatsApp
Linkedin
ReddIt
Email
Previous article
Syska BT4070X Powerful Bass Wireless Speaker with 50mm bass driver launched in India at Rs 1,499
Next article
November 18 Amazon Quiz: Participate to win Dyson V10 Absolute Pro Cord-Free Vacuum Cleaner