Union Budget 2022 highlights: Here is everything about top tech-related announcements and cryptocurrency

Let's see what Union Budget 2022 brought for the tech and gadgets industry. 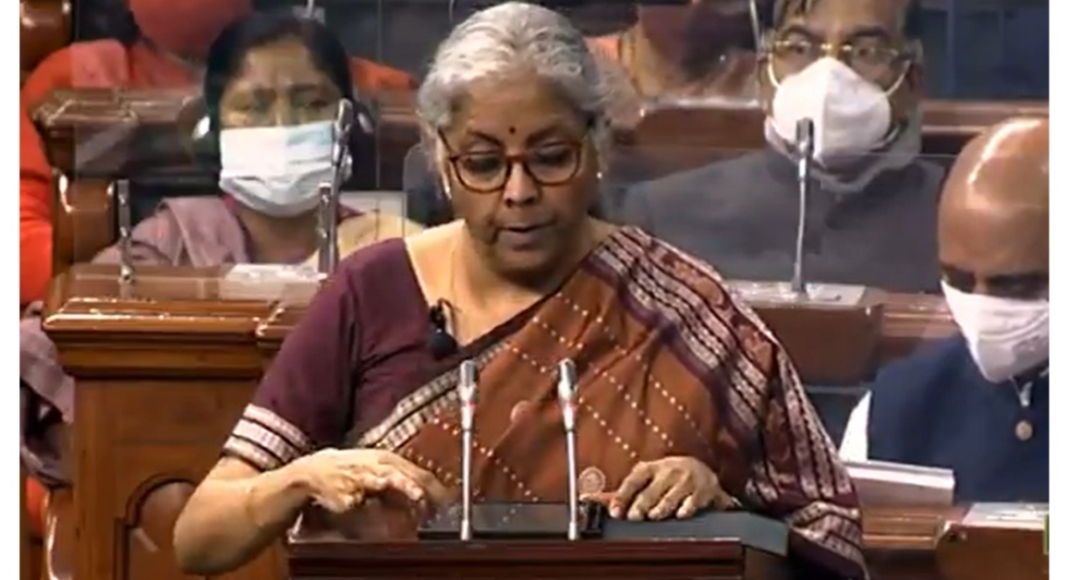 Today, all eyes were on India’s Finance Minister, who delivered the Budget 2022 in the parliament today. The FM has made multiple tech-related announcements at today’s session. Digital currency in 2022-23, 5G spectrum auctions, E-passports with integrated chips, PM eVIDYA’s ‘One class, one TV channel’ and more announcements were made today. Let’s see what more Union Budget 2022 brought for the tech and gadgets industry.

Indian crypto investors will be relieved for now as the crypto industry ban was not included in the annual budget address. A lecture on “Understanding Cryptocurrency and Its Impact on the Indian Economy” has been added to the agenda for the Lok Sabha, or Lower House of Parliament. The crypto bill was supposed to be presented during the winter session last year which also did not happen. For the time being, India’s attitude on cryptocurrency regulation is unknown. But the Finance Minister today while presenting the Union Budget 2022 declared a 30% tax on crypto-based revenue.

“I propose to provide that any income from transfer of any virtual digital asset shall be taxed at the rate of 30 percent. No deduction in respect of any expenditure or allowance shall be allowed while computing such income, except the cost of acquisition,” Sitharaman stated. 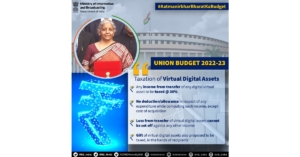 Finance Minister Nirmala Sitharaman today revealed the RBI plans to launch a digital rupee utilising blockchain technology in 2022-23. According to her, India would receive its Central Bank Digital Currency (CBDC) this year, which will be controlled by the Reserve Bank of India (RBI). She also believes that this will give a boost to the economy.

Plans to establish 75 Digital Banking facilities in 75 districts throughout the nation to commemorate India’s 75th year of independence. Also, all or 1.5 lakh post offices will be included in core banking, allowing for internet transfers of funds between post offices and bank accounts.

Gifts in the form of virtual digital assets will also be taxed in the recipient’s hands, with an extra 1% tax deducted at source (TDS) on payments made for the transfer of digital assets.

Minister of Finance Nirmala Sitharaman at the Union Budget Session 2022 announced the setting up of a Digital University to give access to students to world-class universal education with a customised learning experience. This will be offered in a variety of Indian languages and ICT forms. PM eVIDYA’s ‘One class, one TV channel’ initiative would be expanded from 12 to 200 TV channels.

The government will hold a spectrum auction this year to help commercial telecom carriers build out 5G services during the fiscal year 2022-23. “Spectrum auctions will be held in 2022 to support the roll-out of 5G mobile services by private telecom companies between 2022 and 2023,” Sitharaman added. According to her, the telecommunications sector has the potential to facilitate growth and provide job possibilities. As part of the PLI project, a design-led manufacturing scheme will be established to create a robust ecosystem for 5G. The contract for installing optical fibre in all villages, including distant places, will be granted under the PPP BharatNet project in 2022-23.

She further stated that 5% of yearly receipts under the universal service requirement budget will be earmarked to allow affordable broadband and mobile service proliferation in rural and isolated locations.

Nirmala Sitharaman, Minister of Finance, stated that e-passports with integrated chips will be issued in 2022-23 to assist residents with their foreign travel.

Apart from this, the FM has also announced at the Union Budget 2022 session that “Drone Shakti” will be pushed by entrepreneurs to simplify applications and the use of drones as a service.

Finance Minister Nirmala Sitharaman revealed that the government will implement a battery swapping policy where EV owners will be able to refill their vehicles by exchanging spent batteries for charged ones. This will increase the usage of electric vehicles in the country due to space restrictions for putting up charging stations. This will also reduce the time required to charge the integrated batteries in EVs.

She indicated that the private sector would be encouraged for the development of battery or energy services. Also, people will be encouraged to take public transportation in cities. This will be supplemented by clean technology and governance solutions, special mobility zones with zero-fossil-fuel policies, and electric automobiles.

At the Union Budget 2022 session, the Finance Minister also revealed that an AVGC (a task force on animation visual effects, gaming and comic promotion) will be established in India to hire young artists. The AVGC will collaborate with all stakeholders to suggest solutions to identify strategies to service markets and worldwide demand. In addition to this Stated will be urged to use Unique Land Parcel Identification Numbers to facilitate IT-based administration of land records.

“This will enable domestic manufacturing of high growth electronic items,” She said.

Komila Singhhttp://www.gadgetbridge.com
Komila is one of the most spirited tech writers at Gadget Bridge. Always up for a new challenge, she is an expert at dissecting technology and getting to its core. She loves to tinker with new mobile phones, tablets and headphones.
Facebook
Twitter
WhatsApp
Linkedin
ReddIt
Email
Previous article
10 best proxy sites for safer anonymous browsing
Next article
The Union Budget 2022 highlights: What is the consumer tech and gadgets industry saying?