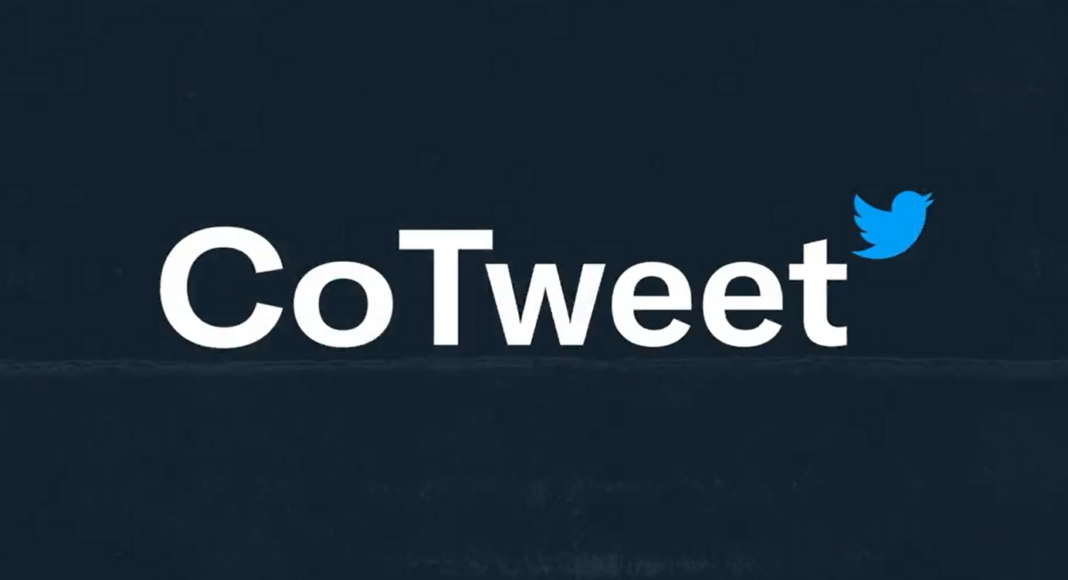 CoTweets, a brand-new way to Tweet collectively, is a feature that Twitter is currently testing. Through this function, two accounts will be able to co-author tweets on the microblogging platform. This will also include the co-authors’ handles and profile pictures.

The social media site is testing out a new function called CoTweets that enables two users to write a tweet jointly. CoTweet can be identified when users see a header containing two authors’ usernames and profile images. According to the company, eligible Twitter users can now send invitations to CoTweet with another user.

Now testing CoTweets, a new way to Tweet together. pic.twitter.com/q0gHSCXnhv

Eligible Twitter users can draft a CoTweet in the interim by going to the Tweet composer. Following that, they must tap the CoTweet symbol after adding the jointly written message. From their list of followers, they must then choose a co-author and invite them. Before sending an invitation, users can only make changes to a co-authored tweet. The business advises users to delete their previous tweets and start again if they need to change them after sending an invitation.

The business says that this feature is currently only accessible for a small number of carefully chosen accounts in the United States, Canada, and Korea and is still in the testing phase.

The network’s long-form content publishing tool, Twitter Notes, was also made available to users last month. It allows users to build on their ideas and express in-depth thoughts on the website. Currently, a small group of writers are taking part in a test of Twitter’s Notes feature. Similar to how you can retweet or quote a tweet, you can share lengthy information with your followers by using notes. The best part is that since you can write and publish your notes without ever leaving Twitter, viewers won’t be sent to a new network when they open them. Clicking on the card is necessary to read the Note.

As we previously mentioned, only a small number of Twitter users have access to this function, so if Twitter Notes is currently being tested in your area, you may be able to view a writer’s Notes by clicking the Notes icon on their Twitter profile on the online platform.

Komila Singhhttp://www.gadgetbridge.com
Komila is one of the most spirited tech writers at Gadget Bridge. Always up for a new challenge, she is an expert at dissecting technology and getting to its core. She loves to tinker with new mobile phones, tablets and headphones.
Facebook
Twitter
WhatsApp
Linkedin
ReddIt
Email
Previous article
Amazon Quiz Answers Today 11 July 2022: Participate to win Rs 500
Next article
Garena Free Fire Redeem Codes Today 11 July 2022: Here is how to claim them