HomeOther TechAppsUsers will soon get Microsoft Word, Excel and Powerpoint in one app...

Users will soon get Microsoft Word, Excel and Powerpoint in one app on iOS and Android

The merger of the popular Microsoft Office apps will happen soon 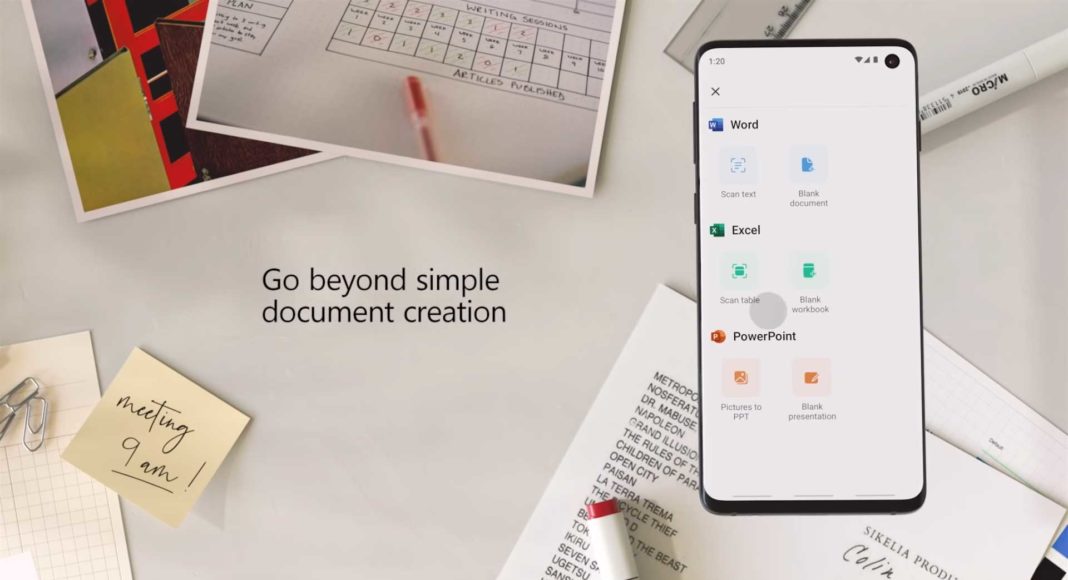 The Ignite conference is currently running in Florida USA, where Microsoft has gone ahead and said that they have started beta/public testing of their new Microsoft Office app for iOS and Android. Yes, the company headed by India’s Satya Nadella as its CEO is merging Microsoft Office, Excel and Powerpoint apps into one app.

This way users will be able to create and edit documents, manage spreadsheets, make a presentation from one single app. The public preview of the new app has gone live in Android and iOS users can download the Beta version of the app through the test flight program. The company is expected to launch the final version of the app three months from now in Feb 2020.

Users can now even create PDF’s with ease between the three and sign documents, transform tables from a printed sheet into an excel by taking a snap. A report suggested that the new MS Office app will not replace the existing ones, but will come as a new package. However, industry experts told Gadget Bridge, that will be the case until the final app takes flight. Then chances are Microsoft will shut down the previous singular versions and allow all users on one single app only. This will give the consumers greater command over the MS Office Suite and also reduce the efforts and costs of Microsoft on developing and updating three different apps at all times.

Over that, the new single app with three office software combined will also lessen the space burden on a mobile device. One app will surely take up less space than three individual apps. This will be good for budget smartphones where onboard storage is less. This should bring back Microsoft into the app game, which has been facing a lot of heat from other free apps such as Google docs that also utilises one app for all its documents and spreadsheet services.