The device was first launched in China in October last year. 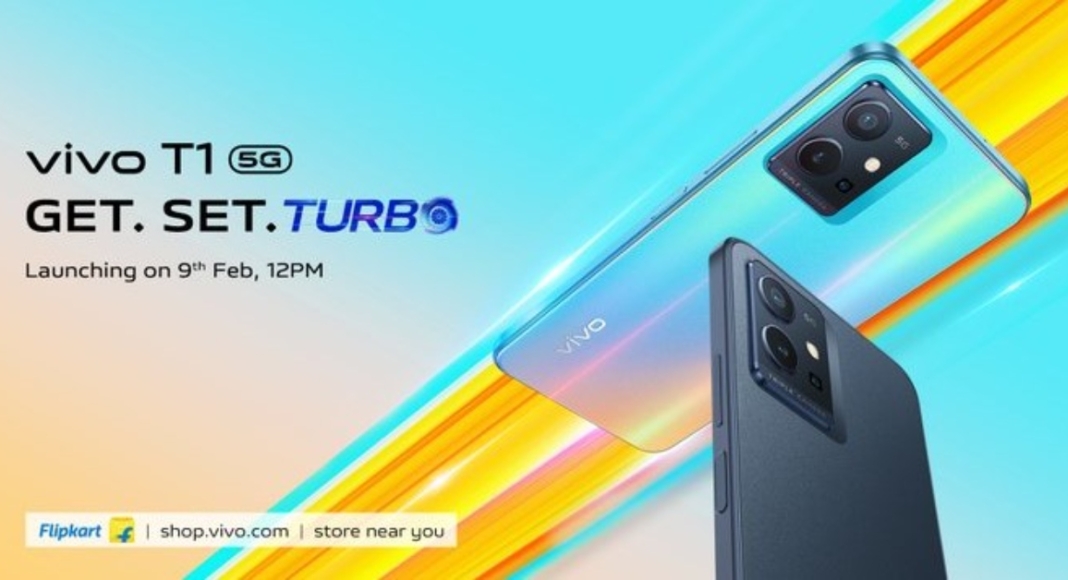 The first smartphone in the new T-series, the Vivo T1 5G, will be available in India today. The series will be sold online through Flipkart and other major distribution channels. To recall, the device was already available in its home market of China in October of last year. To introduce the phone in the Indian market, the company will hold an online launch event. Continue reading to learn how to watch the Livestream, as well as the details and cost.

Because of the increasing number of Omicron cases in India, the Vivo T1 5G India launch event will be hosted online. The new smartphone series will be unveiled at 12 p.m. IST. The Vivo T1 5G launch event may be seen on the company’s YouTube account as well as other social media platforms. You may watch the launch ceremony in India live today on our website by clicking the link below.

The pricing and specifications of the device in India have been revealed ahead of the phone’s debut in the country.

According to rumours, the Indian model of the Vivo T1 5G may be a completely different gadget than the one introduced in China. The forthcoming smartphone will most likely be powered by a Qualcomm Snapdragon 695 SoC and will have a triple rear camera setup. This is different from what the Chinese version offers.

For photography, the device is believed to contain a 50-megapixel main camera as well as two 2-megapixel sensors. The phone will most likely include a 16-megapixel front-facing camera for selfies. The Vivo T1 5G in India is likely to have a 5,000mAh battery with 18W charging capability. A fingerprint sensor and a 3.5mm headphone jack are said to appear on the side.

Komila Singhhttp://www.gadgetbridge.com
Komila is one of the most spirited tech writers at Gadget Bridge. Always up for a new challenge, she is an expert at dissecting technology and getting to its core. She loves to tinker with new mobile phones, tablets and headphones.
Facebook
Twitter
WhatsApp
Linkedin
ReddIt
Email
Previous article
9 February 2022 Amazon Quiz today answers: Answer to win Rs 20,000 Amazon Pay Balance
Next article
Redmi Note 11, Note 11S, Redmi Smart TV X43 and Redmi Smart Band Pro launch today