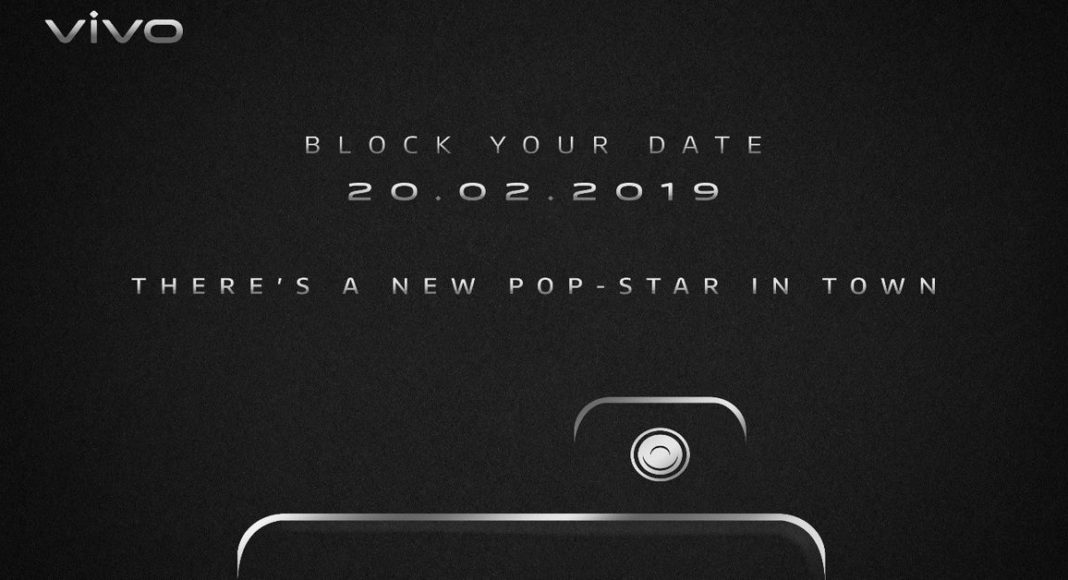 Coming back to Vivo’s invite, besides the date and the ‘Block Your Date’, it also mentions that ‘There’s a new pop star in town’. If the image of the smartphone wasn’t a hint enough, this only further points towards the fact that the company will be launching a new smartphone with a pop-up selfie camera.

We should mention that the smartphone in the invite could be the Vivo V15 Pro, which is said to be the successor of the company’s V11 Pro that was launched in India last year. Recent reports have suggested that Vivo is planning to launch the successor of V11 Pro with an elevating selfie camera. Another report also claimed that the upcoming device will not be named Vivo V13 Pro, but will instead be called as V15 Pro.

While Vivo NEX was priced at Rs 44,990 at the time of launch, the upcoming V15 Pro will not be that costly. This is because this time, Vivo wants to bring the experience of an elevating selfie camera to the masses with a more affordable model. So, the company has chosen the successor of V11 Pro to come with a pop-up selfie camera.

It has also been reported that Vivo V15 Pro comes with a triple camera setup on its back panel and will sport an in-display fingerprint scanner. Vivo V11 Pro was launched last year in India at a price of Rs 25,990.

Avani Baggahttp://www.gadgetbridge.com
Avani has an immense love for reading, travelling and food, but not necessarily in the same order. Avani almost started pursuing law, but life had other (better) plans for her and she chose to be a writer instead (luckily!) She previously covered technology at Times Internet and wrote about smartphones, mobile apps and tech startups. When she’s not writing, you’ll be able to find her in book stores or catching up on her social life.
Facebook
Twitter
WhatsApp
Linkedin
ReddIt
Email
Previous article
PUBG Mobile to release Zombies mode to all its players next month: Report
Next article
Oppo to bring the in-display fingerprint to the affordable phone market in India