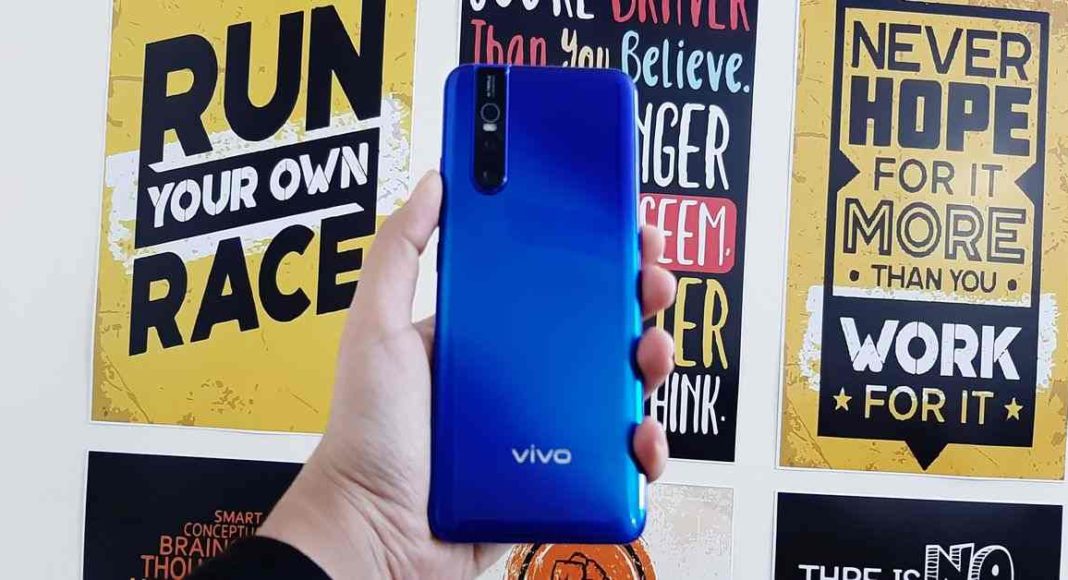 Chinese smartphone brand Vivo recently launched its V15 Pro smartphone in India, which was followed by the launch of the V15 handset. Today, the company has rolled out another variant of the device in the country – the 8GB RAM/128GB storage model of Vivo V15 Pro. In addition to this, Vivo has also slashed the price of the base variant of the V15 Pro (review) handset by Rs 2,000 in the country.

Vivo V15 Pro launched in India this year in the lone 6GB RAM/128GB storage variant. As we mentioned earlier, the company has now launched a more powerful variant of the handset with 8GB of RAM and 128GB storage. The new variant of Vivo V15 Pro is priced at Rs 29,990. But then, we should mention that the variant is not listed on the company’s official website or on any major e-commerce website.

Coming to the revision at price of the 6GB RAM/128GB storage model of Vivo V15 Pro, the company has reduced the cost of the variant by Rs 2,000. The smartphone was launched at Rs 28,990 and now, it is available at Rs 26,990. We should also mention that the revised price of Vivo V15 Pro’s 6GB RAM/128GB storage model is currently not listed on the company’s website, Flipkart, Amazon or others.

It is worth adding that the news of the price cut first came from Mumbai-based retailer Mahesh Telecom.

The company has also announced that Vivo V15 will be available in a new Aqua Blue colour that will come with Blue and Black gradient finish on its back panel. The new colour variant will cost as much as the previously launched ones did – Rs 21,990. Vivo V15’s Aqua Blue colour option is now available to purchase from the company’s official online store.

Other offers that have been announced by the company can be availed from online as well as offline stores. You can get up to 12 months of no-cost EMI plans including Bajaj Finance and an additional exchange discount of Rs 2,000.  Other than this, there is an option of zero down payment for 8 months or 6 months of EMI for IDFC and HDB customers. Buyers can also get Jio benefits of up to Rs 10,000.

Avani Baggahttp://www.gadgetbridge.com
Avani has an immense love for reading, travelling and food, but not necessarily in the same order. Avani almost started pursuing law, but life had other (better) plans for her and she chose to be a writer instead (luckily!) She previously covered technology at Times Internet and wrote about smartphones, mobile apps and tech startups. When she’s not writing, you’ll be able to find her in book stores or catching up on her social life.
Facebook
Twitter
WhatsApp
Linkedin
ReddIt
Email
Previous article
Xiaomi launches Mi Express Kiosk, a vending machine for smartphones in India
Next article
Honor Days Sale begins: Discounts on Honor View 20, Honor Play, tablets and smart wearables