HomeMobilesVivo V17 to launch in India today: How to watch the Livestream

Vivo V17 to launch in India today: How to watch the Livestream

The phone will be powered by a Qualcomm Snapdragon 675 processor 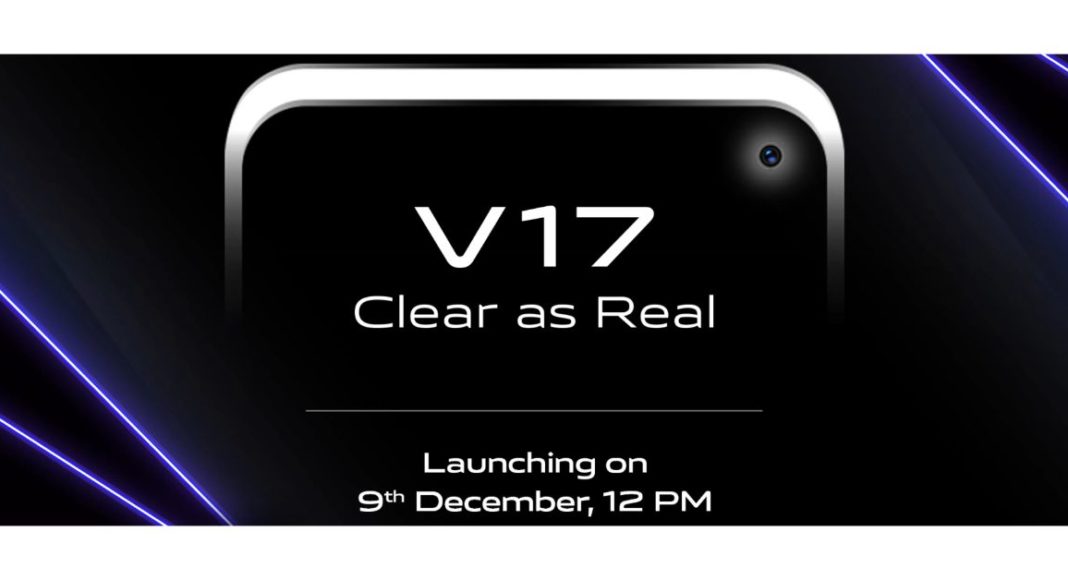 Vivo is all set to launch its new smartphone in India today. The company is going to introduce Vivo V17 in the country. The new smartphone is an affordable option over Vivo V17 Pro which was launched in the country few months ago. The latest V series phone has already been launched in the Russian market prior to its launch in India. But the India variant to come up with few differences. Unlike Vivo V17 Pro the upcoming smartphone will come with a hole punch display whereas the Pro variant comes with a dual pop up selfie camera.

The Chinese brand Vivo will launch Vivo V17 in India at a launch event today. The launch event will begin at 12 noon onwards. The company has already launched the phone in Russia few weeks ago that comes with a starting price of RUB 22,990 that translates to Rs 25,900 as per the Indian currency. Like we also mentioned that V17 is an affordable option over Vivo V17 Pro that was launched with a starting price of Rs 29,990.

The smartphone is being teased in the country for a few days now but the company has not revealed any specific details with regard to its pricing, availability or any other specifications. But the smartphone is being teased by the e-commerce website Flipkart so this confirms that the smartphone will be available for purchase on the platform. If you do not want to miss the live-action you can watch the launch event live on its official YouTube Channel. You can also watch it here as we have embedded the link below:

Several reports have emerged on the web with regard to the Vivo V17’s specifications. But as the phone has been already launched in Russia the India variant will have few differences else all the sections are expected to be the same. The upcoming phone will come with a 6.44-inch FHD+ OLED ‘iView’ punch-hole display with a 91.38 percent screen-to-body ratio. There will also be an optical in-display fingerprint scanner on the phone. The handset runs Android 9 Pie-based FunTouch OS 9 skinned on top. Underneath it, there will be a Qualcomm Snapdragon 675 processor paired with 8GB of RAM and 128GB of internal storage. The phone will draw its power from a 4,500mAh battery that will be supported by an 18W fast charging technology.

Komila Singhhttp://www.gadgetbridge.com
Komila is one of the most spirited tech writers at Gadget Bridge. Always up for a new challenge, she is an expert at dissecting technology and getting to its core. She loves to tinker with new mobile phones, tablets and headphones.
Facebook
Twitter
WhatsApp
Linkedin
ReddIt
Email
Previous articleThe Xiaomi Mi Note 10 is not coming to India this month, gets delayed
Next articleSamsung Galaxy A51 launching soon on December 12: Here are details