Vivo V20 is set to launch in India on October 13 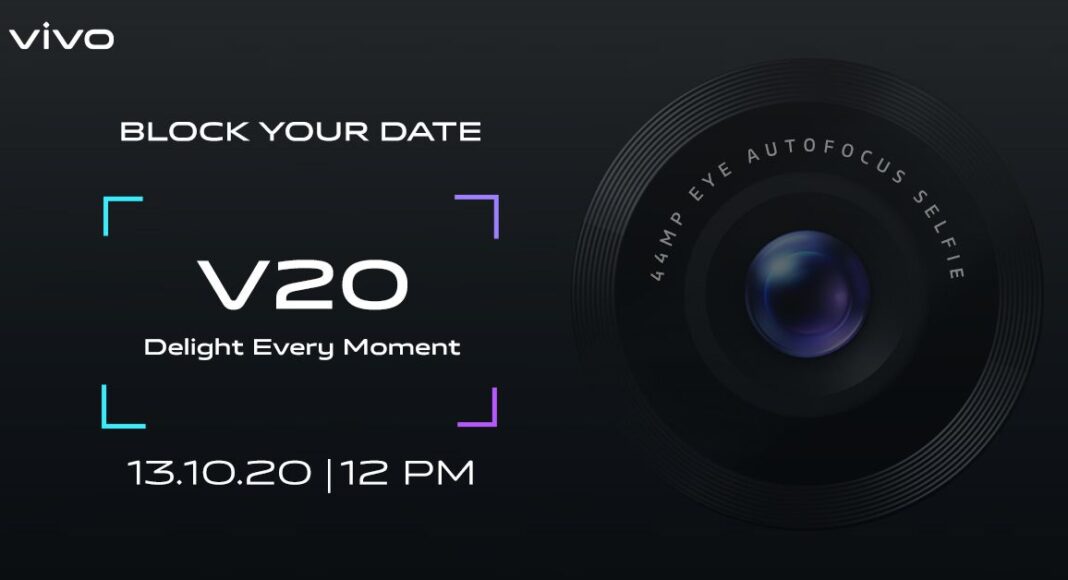 Just ahead of the official launch in the country Vivo V20 price has been tipped on the internet. The device is set to launch in the country on October 13 which is tomorrow in the country. Before arriving in the country, the smartphone made its global debut alongside another Pro variant in Thailand a few weeks ago. The company has only teased the launch date of its upcoming product but it did not share the official pricing of its upcoming smartphone. Also, the company has been teasing to launch Vivo V20 Series in India which include a standard variant, a Pro variant as well as Pro SE but recently Vivo V20 got listed on Flipkart to tease its availability.

Just before the launch, Vivo V20 got listed on Flipkart to tease the smartphone. The microsite also shares the launch details which is scheduled for Tuesday on October 13. The company did not share many details about the phone but it has revealed that the smartphone is going to be priced between Rs 20,000- Rs 30,000 price segment. But just ahead of the official announcement the price of the smartphone leaked on the internet. As per a recent tweet by tipster Ishan Agarwal, Vivo V20 will be tipped to come with a price tag of Rs 24,990 which is similar to what the company teased via a microsite.

To recall, Vivo V20 was introduced with a 6.44-inch full-HD+ AMOLED display with HDR10 support. It is powered by  Qualcomm Snapdragon 720G SoC paired with up to 8GB of RAM and 128GB of storage. The triple rear camera set up includes a 64-megapixel Samsung ISOCELL GW1 sensor, an 8-megapixel ultra-wide-angle lens, a 2-megapixel monochrome sensor, while on the front it comes with a 44-megapixel selfie sensor.

The phone packs a 4,000mAh battery that supports a 33W FlashCharge fast charging solution. For connectivity, it has 5G, 4G LTE, Wi-Fi, Bluetooth, GPS/ A-GPS and a USB Type-C port.

Komila Singhhttp://www.gadgetbridge.com
Komila is one of the most spirited tech writers at Gadget Bridge. Always up for a new challenge, she is an expert at dissecting technology and getting to its core. She loves to tinker with new mobile phones, tablets and headphones.
Facebook
Twitter
WhatsApp
Linkedin
ReddIt
Email
Previous article
After mobile and smart gadgets, itel introduces affordable TV series in India
Next article
Samsung announces exciting offers during festive season sale on Flipkart and Amazon