The series would include two devices Vivo V21 and Vivo V21e 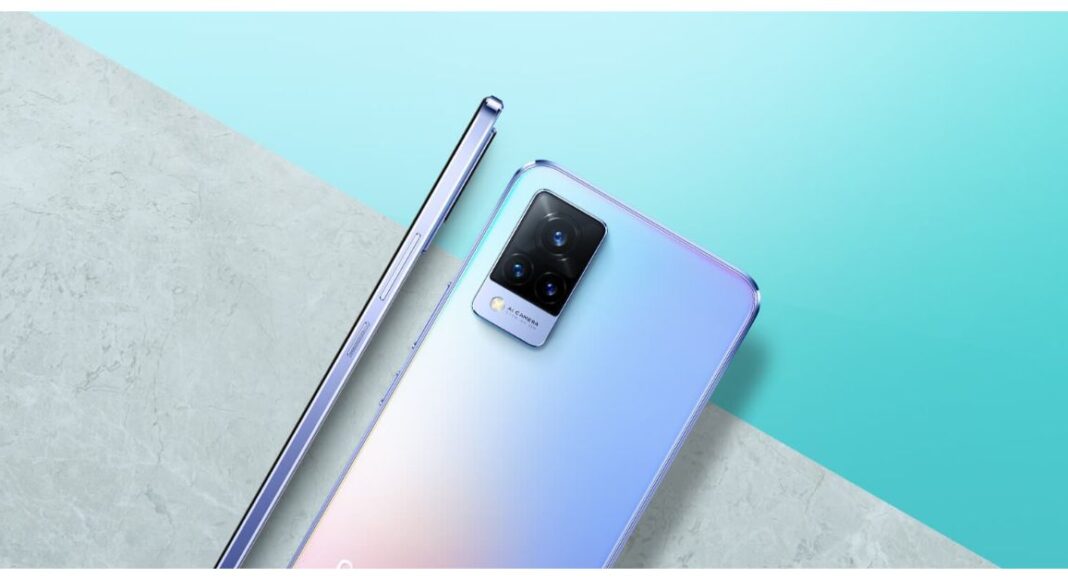 Vivo is all set to launch its Vivo V21 series in Malaysia on April 27. The upcoming smartphone range is the successor of the Vivo V20 series that officially made its debut in China later in September last year. The line up was most hyped because it supported an auto eye focus feature on the rear as well as on the front camera. The new lineup is said to include both 4G and 5G variants.

According to a recent tweet by Vivo, it has scheduled the V21 series launch for April 27. The upcoming series is suggested to include two devices Vivo V21 and Vivo V21e. The company has also created a dedicated microsite to reveal the key highlight of the range.

As per the listing, the phone will be offered with 8GB of RAM along with an additional 3GB of RAM that is said to maximise the phone’s potential and run apps at a faster speed. Moreover, it will be provided with dual 5G+5G sim support.

As Vivo’s V-series mainly focuses on Photography there will be a triple rear camera set up consisting of a 64-megapixel primary sensor with Optical Image Stabalisation (OIS), and night mode support. The firm claims that this will help the smartphone capture clear, better low light shot and more stable handheld videos. Vivo V21 will also sport a 44-megapixel selfie camera. The front-facing camera will come with a dual flash to enhance the low light images.

In terms of design, the Vivo V21 series looks similar to its predecessor however it will feature an ultra-slim matte glass design and will be offered in two stylish colour options.

On the other hand, reports suggest that the upcoming series will get launched in India on the same day when it gets launched in Malaysia on April 27. The device is also most likely to be priced at Rs 25,000.

On the other hand, an India tipster Mukul Sharma also discovered Vivo V21 SE on Google Play Console with model number V2061. As per the listing, the mobile phone is expected to be powered by Qualcomm Snapdragon 720G SoC paired with 8GB of RAM. In addition to this, it could feature a  full-HD+ display with 1,080×2,400 pixels of resolution. The phone will run Android 11 out of the box.

We have very scarce details as of now for the Vivo V21 Series. But it is expected that the company is going to open up soon on the launch details as well as the specification as the launch date inches closer till then stay connected to Gadget Bridge.

Komila Singhhttp://www.gadgetbridge.com
Komila is one of the most spirited tech writers at Gadget Bridge. Always up for a new challenge, she is an expert at dissecting technology and getting to its core. She loves to tinker with new mobile phones, tablets and headphones.
Facebook
Twitter
WhatsApp
Linkedin
ReddIt
Email
Previous article
Infinix Note 10 Pro may launch soon with a 5 camera setup
Next article
Oppo A54 with a 5,000mAh battery and triple rear cameras launched in India