The smartphone comes with a 5,000mAh battery. 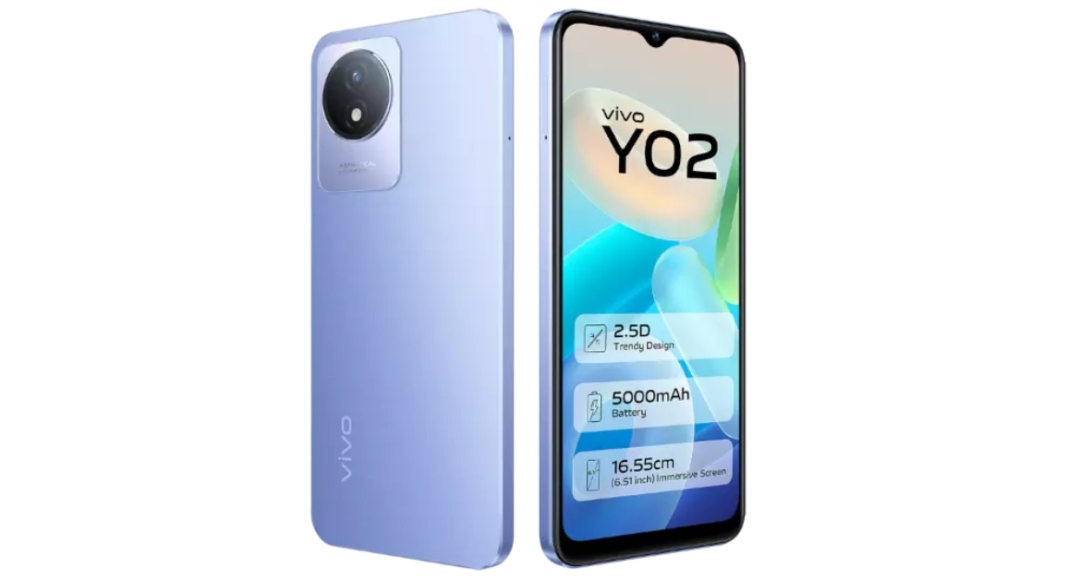 The Vivo Y02 was just made available in India. The smartphone was first introduced in Indonesia a few days back. This low-cost smartphone has a 6.51-inch HD+ FullView screen with Eye Protection functionality. The phone is powered by an Unknown octa-core CPU, which is speculated to be a MediaTek Helio P22 SoC. The device has a battery capacity of 5,000mAh.

As we said earlier Vivo Y02 was launched in Indonesia before arriving in India at IDR 1,499,000 which translates to Rs 8,000 for the 3GB RAM with 32GB storage option. But here in India, it has launched in India at Rs 8,999 for a single 3GB RAM with 32GB storage model. The phone will be available in two colour options of Orchid Blue and Cosmic Grey. The device can be purchased through Vivo India E-Store and across all partner retail stores. 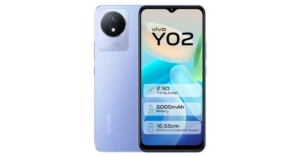 The Vivo Y02 has a 6.51-inch HD+ FullView display with a resolution of 720 x 1,600 pixels and Eye Protection. An unidentified octa-core chipset, maybe a MediaTek Helio P22 SoC, is present. The Vivo Y02 has 32GB of internal storage that can be increased with a microSD card and 3GB of RAM. The Vivo Y02 smartphone is run by Funtouch OS 12, which is based on Android 12 Go Edition.

The primary camera of the Y02 features an aperture of f/2.0 and an LED flash. The budget phone also features a 5-megapixel front camera with an f/2.2 aperture. The smartphone comes with capabilities like Time Lapse and Face Beauty.

Komila Singhhttp://www.gadgetbridge.com
Komila is one of the most spirited tech writers at Gadget Bridge. Always up for a new challenge, she is an expert at dissecting technology and getting to its core. She loves to tinker with new mobile phones, tablets and headphones.
Facebook
Twitter
WhatsApp
Linkedin
ReddIt
Email
Previous article
Sony SRS-XV900 Bluetooth party speaker debuts in India
Next article
Amazon Quiz Answers Today 6 December 2022: Participate to win Rs 1000