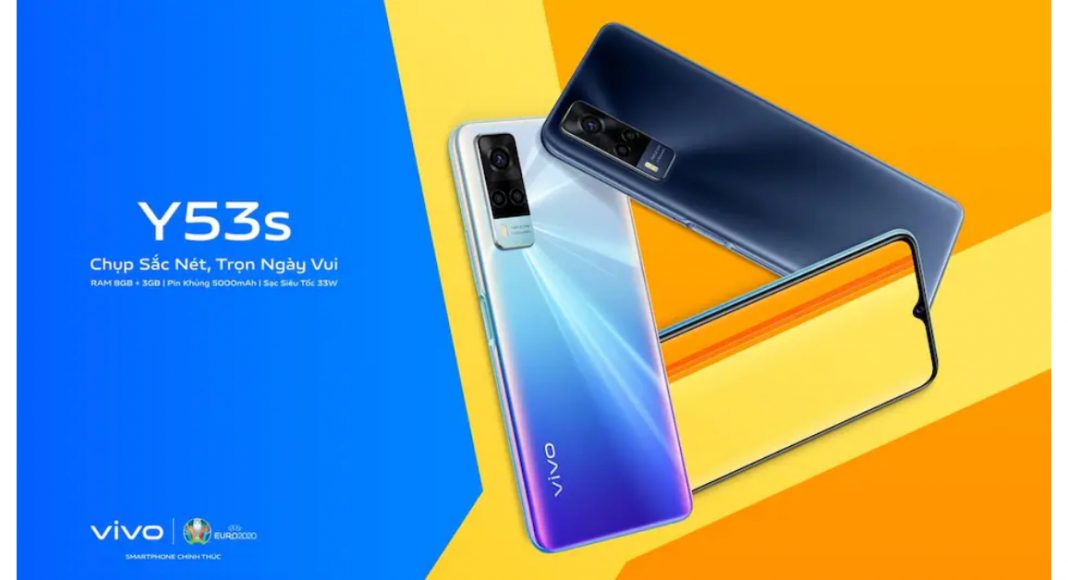 The Chinese smartphone company, Vivo, is all set to launch a new smartphone in the Indian market. The company has confirmed the launch of its upcoming smartphone Vivo Y53s in the country. The device was initially launched in Vietnam and now will make its way to the Indian market. The key highlights of the smartphone include a 64-megapixel triple rear camera set up, a full HD display and a 5,000mAh battery with 33W fast charging. The device is powered by an octa-core MediaTek Helio G80 SoC.

The exact launch date of the Vivo Y53s is still unclear but the company has confirmed the Indian launch. The smartphone was launched in Vietnam last month in a single 6GB RAM with a 128GB storage option. The device is available there at a price tag of VND 6,990,000 that translates to Rs 22,500. Reportedly the mobile phone is expected to arrive in India in a single 8GB RAM with 128GB storage priced at Rs 22,990 (Rs 19,490 MOP). In India, it may be available in Deep Sea Blue/Fantastic Rainbow colour options.

Speaking of the specifications, Vivo Y53s comes with a 6.58-inch full-HD+ display having 1,080×2,400 pixels of resolution. It comes with a standard 60Hz refresh rate along with a 20:9 aspect ratio. It runs on Funtouch OS 11.1 based on Android 11 out of the box. It is powered by octa-core octa-core MediaTek Helio G80 SoC with 8GB of RAM and 128GB of internal storage. There is 3GB of extended RAM support as well however it offers storage expansion via microSD card.

In terms of optics, Vivo Y53s features a triple rear camera set-up that includes a 64-megapixel primary sensor. In addition to this, there is a 2-megapixel macro lens and a 2-megapixel depth sensor. For selfies and video-calling the Vivo smartphone sports a 16-megapixel front-facing camera.

On the connectivity front, there is  4G LTE, Wi-Fi, Bluetooth v5.0, GPS/ A-GPS, and a USB Type-C port. The Vivo Y53s will come with a 5,000mAh battery that supports 33W fast charging. In addition, this phone includes a side-mounted fingerprint sensor.

Komila Singhhttp://www.gadgetbridge.com
Komila is one of the most spirited tech writers at Gadget Bridge. Always up for a new challenge, she is an expert at dissecting technology and getting to its core. She loves to tinker with new mobile phones, tablets and headphones.
Facebook
Twitter
WhatsApp
Linkedin
ReddIt
Email
Previous article7 August 2021 Flipkart Daily Trivia Quiz Answers: Answer to win exciting prizes
Next articleHere are the best Smartphones in India so far 2021