The device was earlier spotted via Google Play Console listing 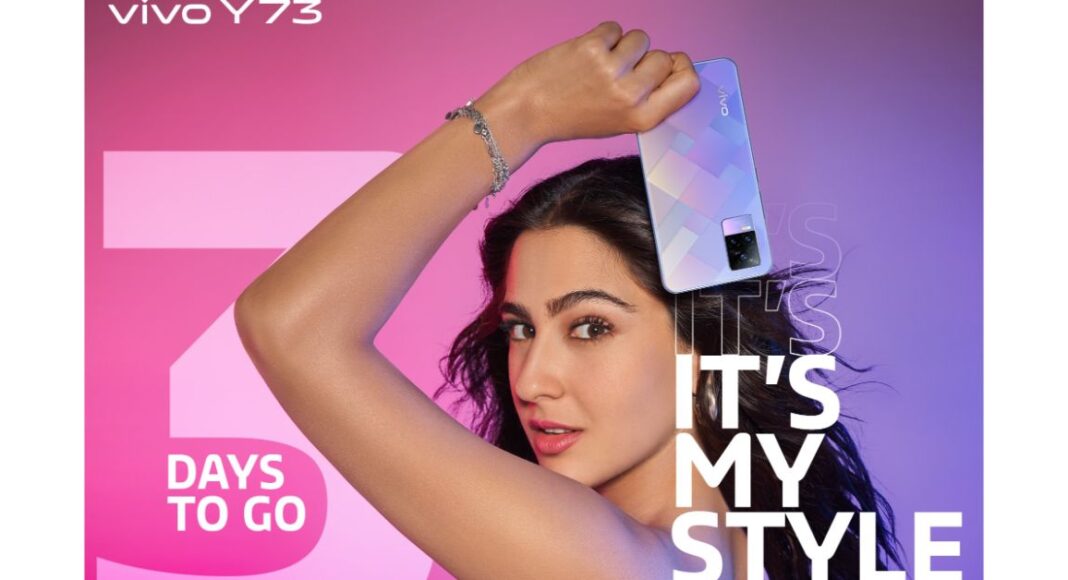 In our previous report, we shared that Vivo is soon going to bring another new smartphone to the Indian market. The device was identified as Vivo Y73 as it was spotted on the Google Play Console listing, therefore, hinting at launch. However, the company did not officially announce the arrival. But fresh news is that the Chinese smartphone company has officially announced and has scheduled to launch Vivo Y73 in India on June 10. In addition to this, the tech firm has also shared the teaser showcasing the design of the handset.

Vivo Y73 is all set to launch in India on June 10 at 12 noon. Although the company has officially made the announcement of the release but did not confirm whether it will be an online launch or just make an announcement of the phone by listing it on the online shopping portal.

The released teaser gives the first look at the Vivo Y73, which showcases the triple camera setup on the back of the phone. A stylish two-colour design can be clearly seen donning a 3 design pattern reflecting bluish pink hues.

Not much has been revealed but the device is tipped to be priced around Rs 20,000 for the 8GB RAM along with the 3GB extended RAM variant in the country. According to reports, Vivo Y73 will be featuring an AMOLED display on the front. On the back of the device it will carry a 64-megapixel primary sensor. The shared render revealed a vertically placed rectangular-shaped triple rear camera set-up with three sensors placed in a triangular formation.The Vivo branding is placed on the lower back on the left side of the rear panel. The Google Console listing confirmed that the upcoming phone will be powered by MediaTek Helio G90 SoC (MT6785). It will be available in 8GB RAM and will ship Android 11 out of the box. Moreover, the handset is likely to feature a full-HD+ display with 1,080×2,400 pixels of resolution.

Moreover, according to a tipster Vivo Y73 is likely to come with a 6.44-inch full-HD+ AMOLED display having 1,080×2,400 pixels of resolution. The display will offer a 20:9 aspect ratio, a 408 ppi pixel density, a 90.3 percent screen-to-body ratio, along with HDR10 support. The device is said to run Funtouch OS 11.1 based on Android 11. It is likely to be powered by MediaTek Helio G95 SoC with 8GB RAM and 128GB of expandable storage.

In addition to this, Vivo Y73 is expected to further include 4G, dual-band Wi-Fi, Bluetooth v5, and a 3.5mm headphone jack as connectivity options. It is likely to pack a 4,000mAh battery with support for 33W fast charging. The smartphone is said to have an in-display fingerprint scanner onboard.

Komila Singhhttp://www.gadgetbridge.com
Komila is one of the most spirited tech writers at Gadget Bridge. Always up for a new challenge, she is an expert at dissecting technology and getting to its core. She loves to tinker with new mobile phones, tablets and headphones.
Facebook
Twitter
WhatsApp
Linkedin
ReddIt
Email
Previous article
OnePlus Nord CE 5G likely to offer two colour options, renders leaked ahead of the launch
Next article
Samsung Galaxy Tab A7 Lite to launch in India on June 23, gets listed on Amazon