The Action series offers up to 500 Nits of Brightness 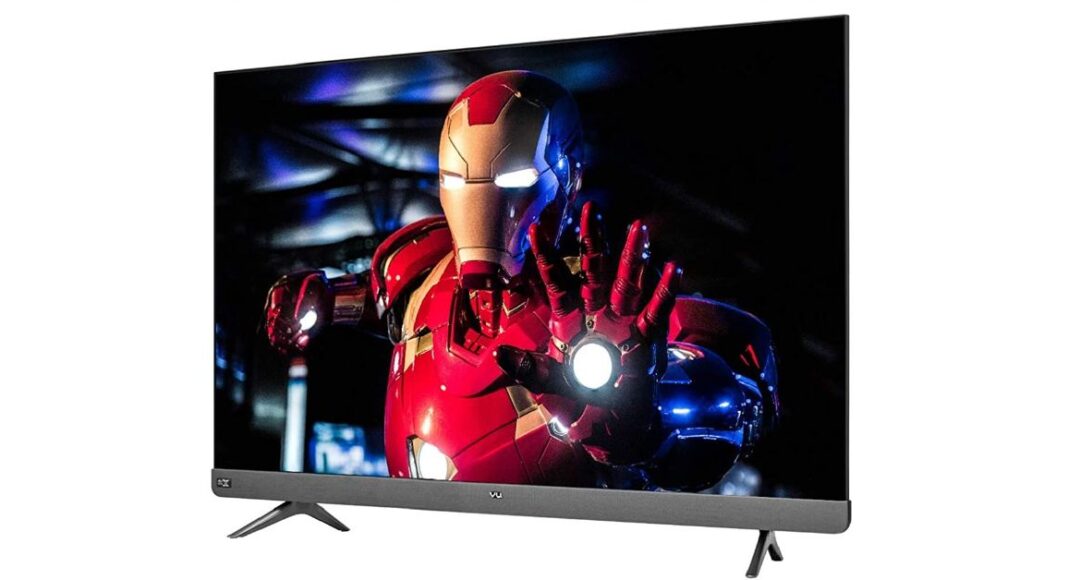 California-based Vu Televisions has expanded its range of televisions in India with the launch of its latest Vu Cinema TV – Action Series. The company now offers two new models, 55LX and 65LX. This is an upgrade to its TV series which was launched in 2020. Both the models feature 100W Speakers JBL-powered soundbar with Pixelium Technology and 500 nits brightness for picture quality. The television also comes with enhanced motion smoothing (MEMC) for gaming enthusiasts.

The Vu Cinema TV – Action Series will be available in two new models, 55LX and 65LX priced at Rs 49,999 and Rs 69,999 respectively. Both the Vu Televisions will be available for purchase via Flipkart, Amazon and offline stores. Both models have a comprehensive warranty period of 3 years. 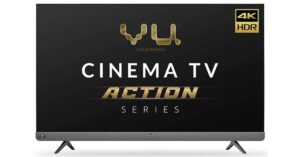 The Vu Cinema TV Action Series features Titanium Grey accents, a bezel-less frame and a fabric finish to replace the black and gold aesthetics of its predecessor. The new upgrade is available in two screen sizes 55-inch as well as 65-inch which offers up to 500 nits of brightness. The display has been further improved by Pixelium Glass technology which optimises light reflections by 40%. The Television supports a resolution of 3840x2160p at a native 60Hz refresh rate. In addition to this, there is HDR10 and Dolby Vision support too.

The Vu Cinema TV Action Series runs Android 9.0 Pie, therefore, allowing access to the Play Store, Google Movies & TV, Google Music, Google Games and much more. The is a built-in Chrome cast to let you share your content from your mobile to TV.

The ActiVoice remote control comes with Premium apps hotkeys like Netflix, Amazon Prime Video, Disney Hotstar, YouTube and Google Play. The TV can also connect over 2.4GHz and 5GHz WiFi. It is powered by a 1.4GHz quad-core processor with 2GB RAM and 16GB internal storage. With the built-in Bluetooth with 5.0 version, you can connect your external soundbar, headphone, gaming joystick and other Bluetooth devices.

Komila Singhhttp://www.gadgetbridge.com
Komila is one of the most spirited tech writers at Gadget Bridge. Always up for a new challenge, she is an expert at dissecting technology and getting to its core. She loves to tinker with new mobile phones, tablets and headphones.
Facebook
Twitter
WhatsApp
Linkedin
ReddIt
Email
Previous article
Noise Elan TWS Earbuds with environmental noise cancelling (ENC) launched in India
Next article
Vivo Y20G with octa-core MediaTek Helio G80 SoC and AI triple cameras launched in India