HomeOther TechWWDC 2021: What to Expect and How to watch the Apple Worldwide...

WWDC 2021: What to Expect and How to watch the Apple Worldwide Developers Conference

Apple’s conference will be live-streamed at 10.30 PM in India 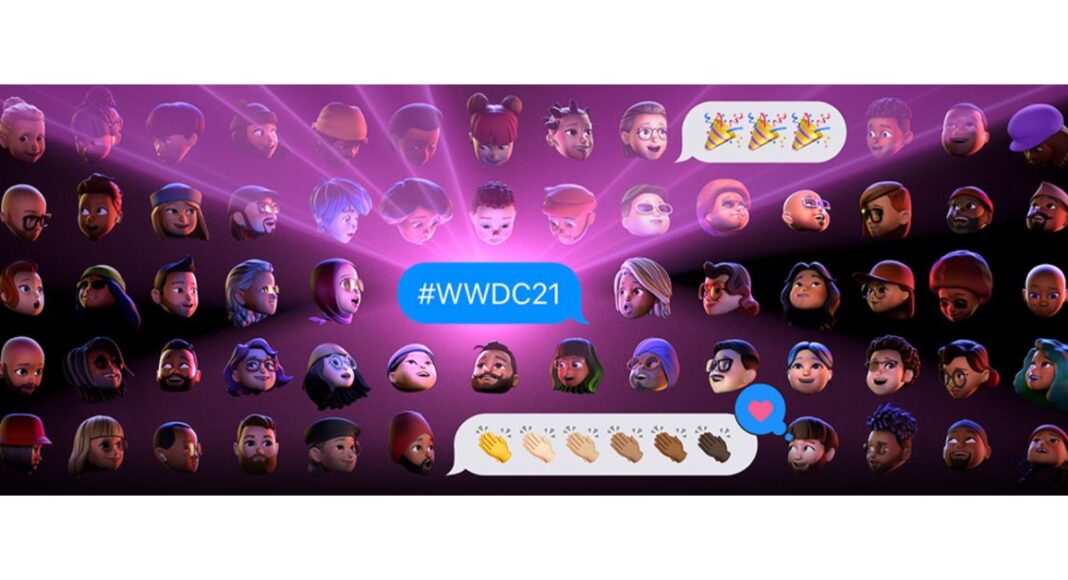 Apple is all set to kickstart this year’s Worldwide Developers Conference. Like last year’s WWDC, this year the company has decided to hold the WWDC 2021 as an online-only event due to the coronavirus pandemic. During the event, the Cupertino-based company will talk about its upcoming projects such as software and hardware, along with the company’s plan for the rest of the year. New software for iPhones(iOS 15), iPadOS 15, macOS, watchOS 8, TVOS, and a brand new HomeOS, MacBook Pro and new processor for Mac devices.

Today the tech giant Apple is going to host this year’s Worldwide Developers Conference. The WWDC 2021 will kick start today and will go on till June 11 in an all-online format and will be live-streamed on your iOS devices, PC and even on Apple TV. The event will begin at 10 AM PT that is 10.30 PM IST. The conference will be available to all developers for free via the Apple Developer app and Apple Developer website as well as the official YouTube channel. The keynote will be led by Apple’s CEO Tim Cook.

Apple has followed a tradition to announce software upgrades for most of its products so we might see that during the four days  Worldwide Developers Conference. The company is likely to announce the software upgrade for iPhone, iPad, MacBook, iMac, Mac mini, Apple Watch,  Apple TV.

Apple is most likely to announce a major update to the latest iOS build. This year, the iteration of iOS will drop support for its older phones that would include iPhone 6, iPhone 6S, iPhone 6S Plus, and the iPhone SE from 2016. The iOS 15 is expected to be released sometime in September which may include a bunch of new features for iMessage and the notification. The iOS 15 is rumoured to get a revamped UI with the option to put the widgets anywhere and a lot more changes. The upcoming upgrade might also include a contextual notification feature that will turn the notification to silent when the user is asleep and will notify the user when they are awake.

On the other hand with iPadOS 15 we can expect new features with Widgets in addition to other features such as App Library and Homescreen customisation.

Not much is known about the macOS this year, But rumours suggest that changes to the software of MacBook, iMac, Mac mini will be minor. Whereas watchOS 8 could bring a slew of new health-tracking features on the Apple Watch.

The information about the mysterious HomeOS is very scarce. This brand new  OS for smart home products from Apple came into the limelight via a rumoured job listing by the company that was removed later on.

Enough said about the software now let’s talk about the hardware. Apple is going to introduce the successor to the M1 Apple Silicon which was announced last year. The rumour mill suggests that the new chipset might come with over 10 CPU cores along with up to 32 core GPUs. Both the new M1X or M2 will have increased maximum supported RAM to 64GB and other upgrades.

At this year’s WWDC 2021 we can expect a new variant that could be a 14-inch or a 16-inch MacBook Pro. These are speculated to get support for more ports and it could feature a new processor as well.

Komila Singhhttp://www.gadgetbridge.com
Komila is one of the most spirited tech writers at Gadget Bridge. Always up for a new challenge, she is an expert at dissecting technology and getting to its core. She loves to tinker with new mobile phones, tablets and headphones.
Facebook
Twitter
WhatsApp
Linkedin
ReddIt
Email
Previous articleJune 7 Flipkart Daily Trivia Quiz Answers: Answer to win exciting prizes
Next articleInfinix Note 10 and Note 10 Pro launching in India today