HomeMobilesXiaomi 11i Hypercharge confirmed to launch in India on January 6, 2022

Xiaomi 11i Hypercharge confirmed to launch in India on January 6, 2022

The smartphone is a rebranded variant of the Redmi Note 11 Pro+ that was introduced in China in October 2021. 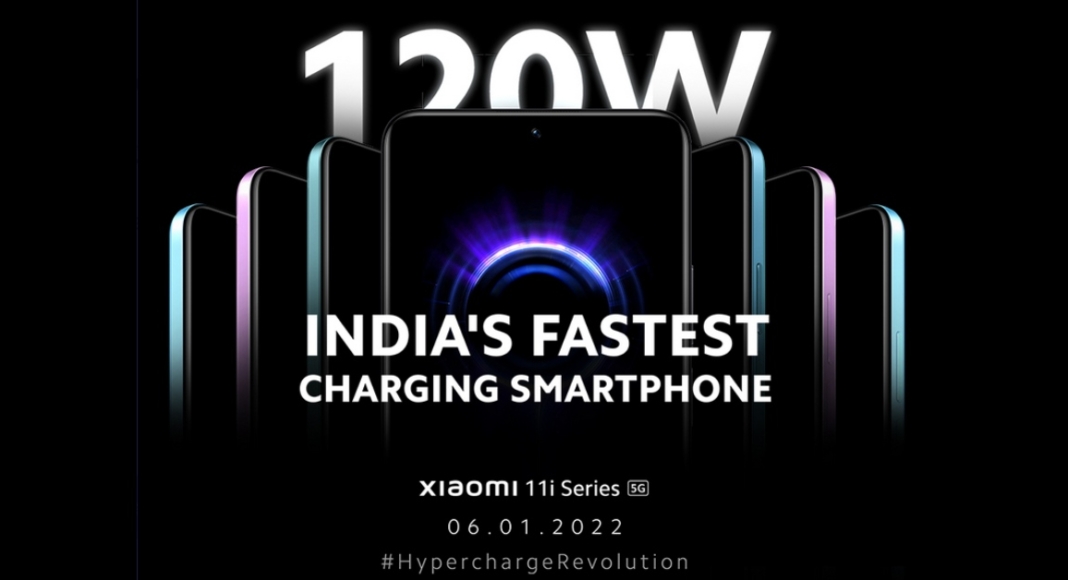 Xiaomi 11i Hypercharge is all set to launch in India soon. The company has revealed today that the launch is going to take place on January 6 in the country. It is going to be a rebadged variant of the Redmi Note 11 Pro+ that was announced in China a few months back. According to the newly released teaser, the upcoming smartphone will feature 120W fast charging and 5G connectivity.

While announcing the arrival of Xiaomi 11i Hypercharge in India the company commented, “Witness the unveiling and join us on a #Hypercharge ride that fuels up the smartphone from 0 to 100% in just 15 mins. We are hypercharged, are you? Join us at the #𝘏𝘺𝘱𝘦𝘳𝘤𝘩𝘢𝘳𝘨𝘦𝘙𝘦𝘷𝘰𝘭𝘶𝘵𝘪𝘰𝘯 with #Xiaomi11iHypercharge on 6th Jan, 2022.”

The Chinese smartphone brand is expected to host a physical launch event in the country to unveil Xiaomi 11i Hypercharge. However, the company did not reveal the launch timing and other details.

The official teaser suggests that the Xiaomi 11i Hypercharge will get 120W fast charging support that is said to fully charge the device in just 15 minutes.

The device is likely to come with a hole punch design 6.67 inch AMOLED display The screen supports a 120Hz refresh rate, 260Hz touch sampling rate 20:9 aspect ratio and HDR10+. The Xiaomi 11i Hypercharge will be powered by MediaTek Dimensity 920 SoC.

There will be a quad rear camera set up on Xiaomi 11i HyperCharge including a 108MP Samsung HM2 primary sensor. Apart from this, there can be an 8MP wide-angle sensor and a 2MP depth sensor. The smartphone could have a 16MP snapper on the front for taking selfies and video calling.

Xiaomi 11i HyperCharge is also likely to pack a 4,500mAh battery and support a mega 120W fast charging support.

Komila Singhhttp://www.gadgetbridge.com
Komila is one of the most spirited tech writers at Gadget Bridge. Always up for a new challenge, she is an expert at dissecting technology and getting to its core. She loves to tinker with new mobile phones, tablets and headphones.
Facebook
Twitter
WhatsApp
Linkedin
ReddIt
Email
Previous articleConfirmed: OnePlus 10 Pro to debut in January 2022
Next articleNot Sure What Tablet to Buy? Here Are Our Top Picks for 2022