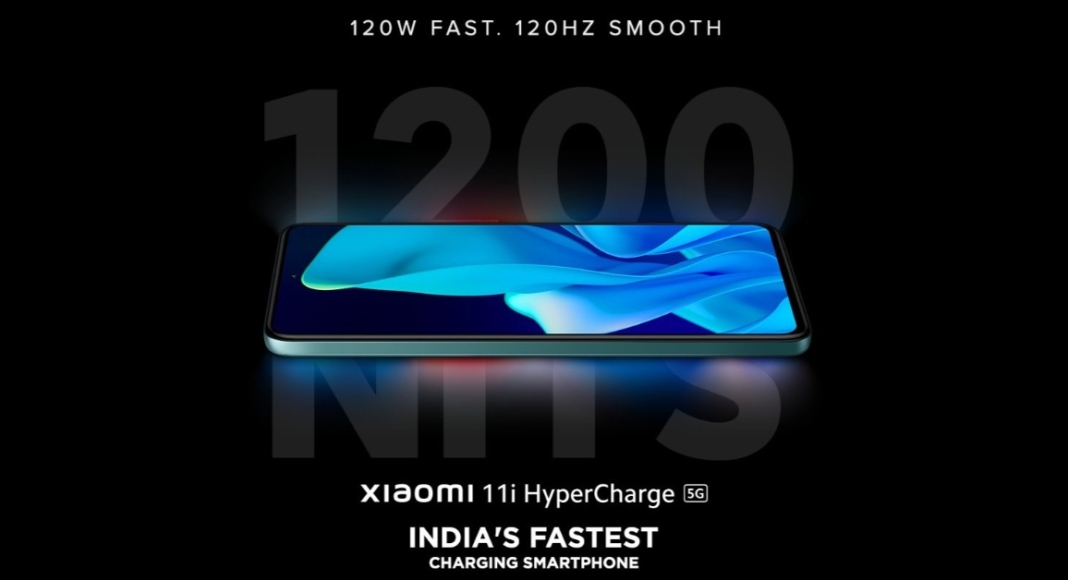 The Xiaomi 11i Hypercharge launch will take place in India on January 6. It will be a rebadged version of the Redmi Note 11 Pro+, which was announced a few months ago in China. According to the latest information revealed by Xiaomi’s executive, the smartphone will have a 120Hz refresh rate and 1200 nits peak brightness display. The company previously revealed that the upcoming smartphone will have 120W fast charging and 5G connectivity.

Xiaomi Senior Marketing Manager Sandeep Sarma took to Twitter to reveal that Xiaomi 11i Hypercharge will have a super bright 1200 nits display with a 120Hz refresh rate. His tweet reads, “Speed isn’t just exclusive to the charging on the #Xiaomi11iHyperCharge. Say hello to the Super Bright 1200 nits display which also supports 120Hz refresh rate.” Alongside the tweet, the company’s executive also shared a poster revealing its capability.

According to the previously shared official teaser, the Xiaomi 11i Hypercharge will support 120W fast charging, which will allow the device to be fully charged in just 15 minutes.

On the handset, there will be a quad rear camera setup with a 108MP Samsung HM2 primary sensor. Aside from that, an 8MP wide-angle sensor and a 2MP depth sensor may be included. On the front, the smartphone could have a 16MP camera for selfies and video calls.

The device is expected to have a 4,500mAh battery and a massive 120W fast charging capability.

Komila Singhhttp://www.gadgetbridge.com
Komila is one of the most spirited tech writers at Gadget Bridge. Always up for a new challenge, she is an expert at dissecting technology and getting to its core. She loves to tinker with new mobile phones, tablets and headphones.
Facebook
Twitter
WhatsApp
Linkedin
ReddIt
Email
Previous articlePre-registrations for the OnePlus 10 Pro have begun
Next article5 Best Gaming Smartphones Of The Year 2021