Xiaomi 11i review: A suitable smartphone for day-to-day use 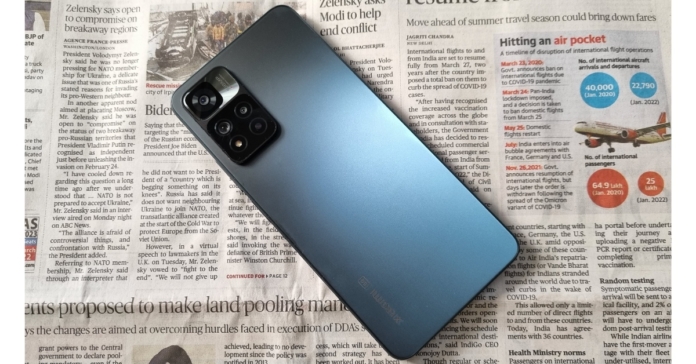 Since the start of the new year, there have been a slew of smartphone launches, particularly in the mid-range segment. We have been extremely busy testing new devices, one of which is the Xiaomi 11i. We have been testing it for nearly a month. There is another variant known as the Xiaomi 11i Hypercharge, which offers 120W charging while the one we have offers 67W charging, and this is the only difference between the two phones. So, check out our detailed review of the Xiaomi 11i to learn our honest thoughts on the latest handset.

Xiaomi 11i review: Design and Display

Starting with the design and build quality, we must say that it is quite different from other devices we have seen. It has a blocky appearance with flat and sharp edges, which we found quite uncomfortable at first, but got used to overtime. The rear has a matte glass finish that gives it a premium feel. We have been testing the Camo Green colour, which is both refreshing and beautiful. 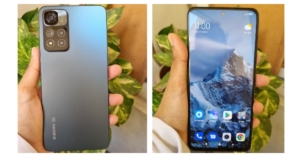 When the light strikes the surface at the correct angle, the colour appears in different hues. The back panel does not collect a lot of fingerprints or smudges. On the other side, we would have preferred it if it had a metal frame. The camera module is rather large and draws a lot of attention, which is a good thing for most influencers these days.

We also have no complaints about the device’s weight, which is evenly distributed and includes a large battery. Furthermore, unlike the Vivo V23 Pro, the Xiaomi 11i has an IP53 rating and is one of the few brands that offer splash resistance on a mid-range phone. 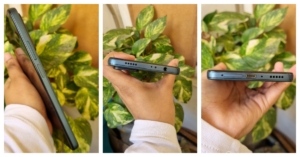 You also get an IR blaster, a 3.5mm jack, and speakers on the top frame, which is uncommon in the segment. Our finger/thumb, on the other hand, naturally rested on the side-mounted fingerprint scanner, which also serves as a power button. The fingerprint sensor is quick and precise. The volume controls are also easily accessible. The left side, on the other hand, is devoid of any buttons. As the device supports dual set-up, there is another stereo speaker grill below, as well as a USB Type-C port and SIM tray.

On the front, you get a 6.67-inch full-HD+ Super AMOLED display with a resolution of 1,080×2,400 pixels. The display has a 20:9 aspect ratio, a refresh rate of 120Hz, touch sampling rate of 360Hz, pixel density of 395ppi, peak brightness of up to 1,200 nits, HDR10 compliance, and Widevine L1 support. The screen has a small camera hole-punch cutout near the top and thin bezels on all sides. Xiaomi has chosen Corning Gorilla Glass 5 protection on the Xiaomi 11i. 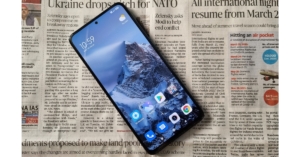 The colours of the display are eye-catching and appealing. The AMOLED display has a high level of contrast, which is noticeable when watching content in low-light conditions. The speakers are strong, and the stereo sound improves the overall video viewing experience.

All of these features, along with slim bezels and a small punch hole cut out, improve the overall viewing experience. It also gets a lot bright, so you won’t have any problems using it outside under direct sunlight.

Xiaomi 11i review: Performance and Cameras

In terms of performance, the Xiaomi 11i is powered by the MediaTek Dimensity 920 SoC, which is paired with up to 8GB of LPDDR4x RAM and 128GB of UFS 2.2 storage. A microSD card can be used to expand the internal storage up to 1TB.

We had a good time with the Xiaomi 11i. It is decently fast, apps open quickly, and multitasking is not an issue if you are upgrading from a low-cost or mid-range smartphone. The thermal handling is also excellent; whether gaming, multitasking, or running heavy applications, this smartphone does not crack at all.

Furthermore, we were pleased with its gaming performance. The majority of games can be played on this smartphone at high settings with complete stability. Call of Duty is a high-end game that it easily handles. It provides a consistent 60 frames per second at high graphics settings and a very high frame rate. We did not experience any lag or heating while playing BGMI for more than 30 minutes.

So, in our opinion, the Dimensity 920 SoC is an excellent processor.

Furthermore, the stereo speakers here are quite good; it is sufficiently loud but does not feel as good as the one found on premium devices. However, we enjoyed listening to music and watching videos on this device. 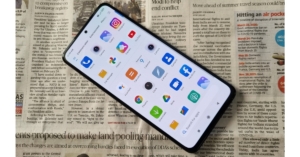 In terms of software, the Xiaomi 11i is powered by MIUI 12.5 on top of Android 11. No word of Android 12 at the moment. The device comes with a slew of preinstalled apps. However, if you prefer a clean interface, you can uninstall them. The UI includes a number of customisations, such as dual apps, which allow you to easily use two similar apps, such as WhatsApp. 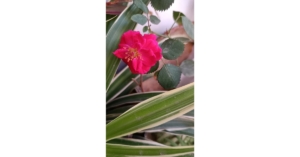 Beginning with the main camera, we found the daylight images to be fairly average for the price. It can take some good pictures with enhanced colours and perfect details on occasions. At times, it over sharpens the images, and the HDR does not work super well. The camera sensor also had difficulty focusing on close subjects. In fact, the shutter speed and image processing are both slow, making it impossible to capture stable or detailed images of moving objects. In our case, we had difficulty capturing a high-quality image of our pet. Portrait images, on the other hand, appeared overly sharpened. The ultrawide images, on the other hand, are nice but not spectacular.

During low-light conditions, the primary sensor does a good job of reducing image noise. You can use night mode to get even better shots.

When it comes to selfies, the front-facing camera outperforms the others. You get good selfies without oversharpening the human subject.

In terms of videography, the camera is limited to 4K 30fps with no stabilisation. Even the video recording at 1080p 60fps appears shaky. So, in order to capture stable video, you must use 1080p @ 30fps. While selfie videos taken in [email protected] mode are stable, switching to 60fps causes the videos to look unstable. Overall, the cameras left us with a mixed bag of feelings.

There will be no problems with the phone in normal use, nor will there be any heating issues. We appreciate that Xiaomi offers fast charging, but that isn’t the only reason we recommend the Xiaomi 11i. We loved the display and long battery life too. If cameras aren’t important to you, this phone is a very good choice, but there are many other options on the market with a faster chipset and a more capable camera setup from Xiaomi, in case you are a shutterbug.

- Advertisment -
Since the start of the new year, there have been a slew of smartphone launches, particularly in the mid-range segment. We have been extremely busy testing new devices, one of which is the Xiaomi 11i. We have been testing it for nearly a month....Xiaomi 11i review: A suitable smartphone for day-to-day use