Xiaomi announced the official launch date for Mi 10, to be unveiled on May 8 in India

The device comes with a 108-megapixel camera sensor 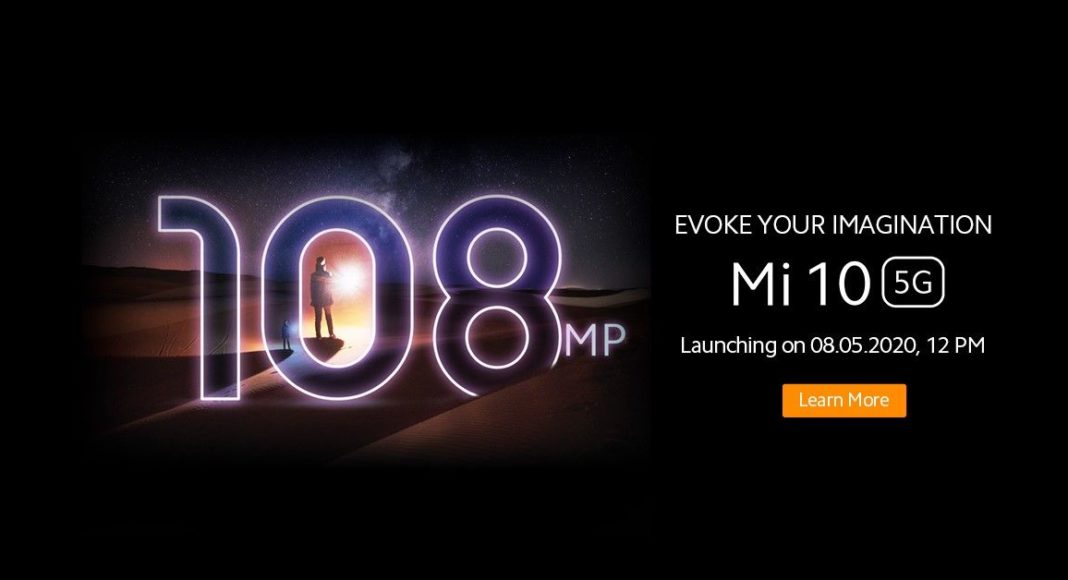 The much-awaited Xiaomi Mi 10 is all set to get launched in India on May 8. To recall the Mi 10 series was introduced by the company in February this year in its home country China. The device is the company’s offering smartphone with a 108-Megapixel camera which is the biggest USP of the handset and is going to take on Samsung Galaxy S20 Ultra. Soon after the launch the company’s CEO, Manu Kumar Jain announced that the device will arrive in India but unfortunately the launch got delayed due to a coronavirus pandemic. And now finally the company has announced the arrival of the Mi 10 in the country. The phone is the rebranded version of Mi CC9 Pro popularly known in the international market.

As soon as the Government announced relief for the e-commerce website as well as companies to begin the sale of non-essential items and electronic devices as well as smartphones which comes under low-risk areas the Chinese company announced the launch date for Mi 10. The company will be hosting an online launch event to introduce its upcoming device. The live streaming will begin at 12 noon in India via its official YouTube Channel as well as across its social media channels.

Mi 10 comes with a 6.67-inch full-HD+ curved AMOLED display with 90Hz refresh rate with 1,080 x 2,340 pixels of resolutions along with a hole punch housing a selfie camera as well as an in-display fingerprint sensor for biometrics. The device will run on  MIUI 11, based on top of Android 10. Under the hood, there is an octa-core Qualcomm Snapdragon 865 processor paired with up to 12GB of RAM and up to 256GB of storage. The smartphone is supported by a battery with a capacity of 4,780mAh with 30W wired and wireless charging as well as 10W reverse wireless charging options.

In terms of camera capability, Mi 10 features a quad rear camera setup consisting of a 108-megapixel Samsung’s ISOCELL Bright HMX sensor. Furthermore, there is a 13-megapixel wide-angle lens with a 123-degree field of view along with dual 2-megapixel camera sensors. While On the front, there is a 20-megapixel front camera for taking selfies and video calls.

Komila Singhhttp://www.gadgetbridge.com
Komila is one of the most spirited tech writers at Gadget Bridge. Always up for a new challenge, she is an expert at dissecting technology and getting to its core. She loves to tinker with new mobile phones, tablets and headphones.
Facebook
Twitter
WhatsApp
Linkedin
ReddIt
Email
Previous article
Samsung Galaxy A51’s unlocked version now available on its official online store and Amazon
Next article
Now create and share your version of British artist Damien Hirst spin paintings through the lens of Snapchat’s camera