Users can apply till September 8 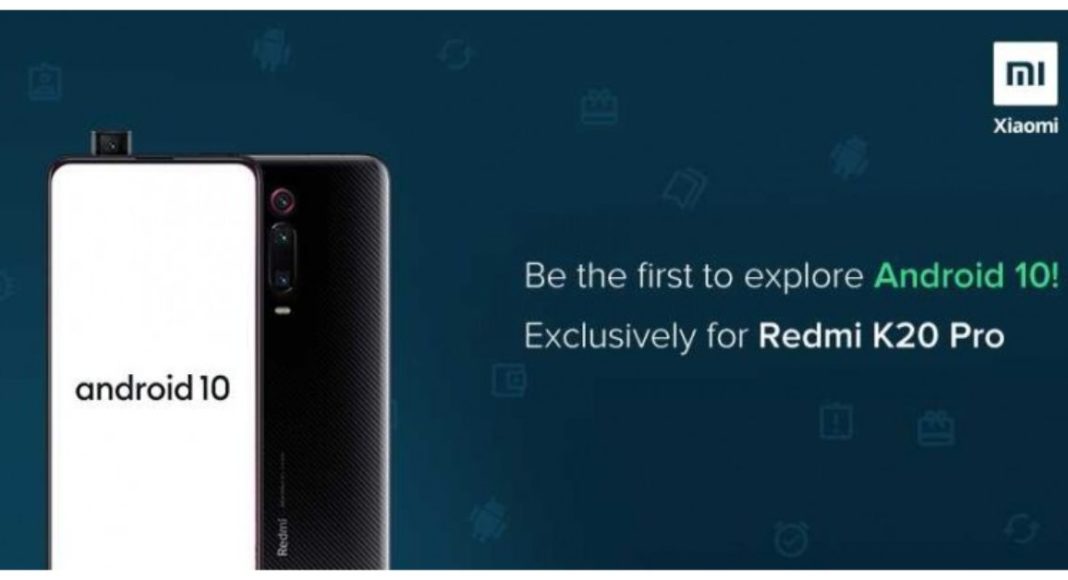 The Chinese smartphone company Xiaomi has announced the launch of MIUI 10 Beta Program for the alpha flagship Redmi K20 Pro. Xiaomi India has announced that it is in a search of smartphone users to test the Android 10-based MIUI 10 operating system. For this Xiaomi has started accepting registration from the interested candidates. The registration has started and will end on September 8 while the results will be declared on September 11.

Only Indian nationals are eligible to apply for this programme and are required to fill a Google form. The shortlisted candidates should own a Redmi K20 Pro smartphone in order to participate in the Android 10-based MIUI 10 operating system.

Apart from that, the participant must be an active member of the Mi Community. The users must follow the rules of the Mi Community and not leak the ROM provided to him/her during the testing. The user’s Mi Community ranking should be ‘Semi Pro Bunny’ or higher. He or she should not post anything related to the ROM or team on Social Media, in other sections of the forum or anywhere else.

The selected candidates should have a thorough knowledge of MIUI and Android in and out. In addition to this being a special team member includes a few major responsibilities which he/she needs to follow. Other than that Moderator, other special team members, Mi FC presidents can also apply for the Android 10-based MIUI 10 operating system programme.

The company has also started taking registration from the candidates and the registrations will close on 8th Sept 23:59:59 hrs (IST). Xiaomi will be announcing the successfully shortlisted candidates on or before 11th Sept 2019 09:00 PM IST. Privileges such as Special OTA update access, Special user group – ‘Android 10 Tester’, Exclusive Android 10 tester medal and lastly a chance to attend official launches for top performers

Redmi K20 Pro features a 6.39-inch Full-HD+ (1080 x 2340 pixels) AMOLED display that has a 19.5:9 aspect ratio and comes with a fingerprint scanner. The device is powered by the octa-core Qualcomm Snapdragon 855 SoC and comes with Adreno 640 GPU and it has up to 8GB of RAM and 256GB of internal storage. The device can hold a microSD card of up to 512GB and it houses a 4,000mAh battery that has support for 27W fast charging.

On the part of camera capabilities, the Redmi K20 Pro comes with a triple rear camera setup that includes a 48MP Sony IMX586 sensor, a 13MP wide-angle lens, and an 8MP telephoto sensor. While on the front it has a 20MP pop-up front camera selfies and video calls.

Komila Singhhttp://www.gadgetbridge.com
Komila is one of the most spirited tech writers at Gadget Bridge. Always up for a new challenge, she is an expert at dissecting technology and getting to its core. She loves to tinker with new mobile phones, tablets and headphones.
Facebook
Twitter
WhatsApp
Linkedin
ReddIt
Email
Previous article
Vivo Z1x specifications leaked will be powered by Snapdragon 712 SoC processor
Next article
Amazon launched OnePlus Flagship Phenomenon sale