The sale will be live in India till August 11. 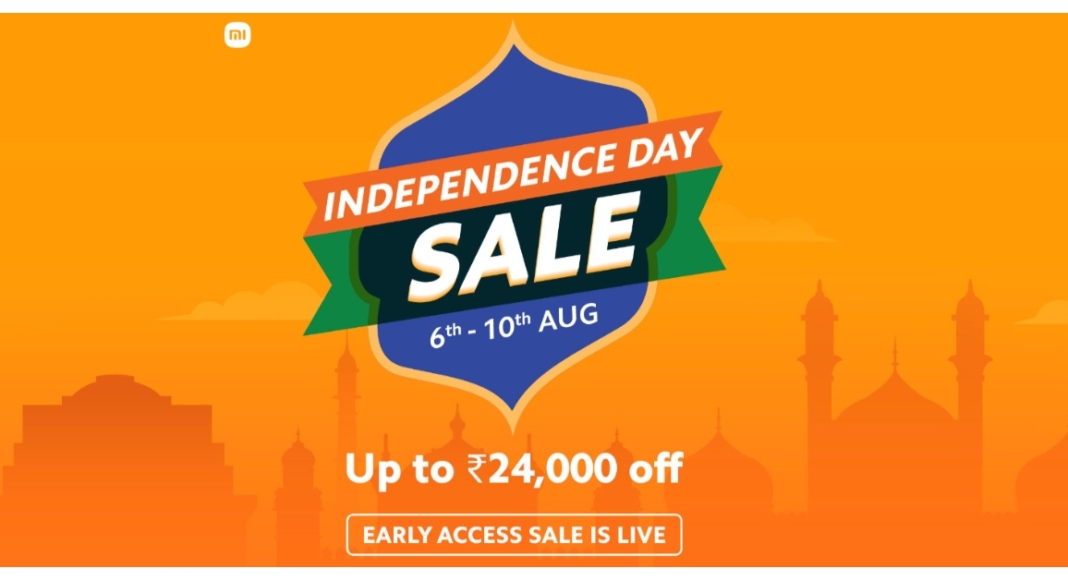 Xiaomi is offering amazing deals for its customers during its Independence Day & Rakhi Sale. Customers can take advantage of these deals only on Amazon from August 6 through August 11, 2022, with early bird discounts starting on August 5. The top Xiaomi and Redmi smartphones are included in this shopping extravaganza’s offers and discounts.

Customers may purchase the freshly released Xiaomi 12 Pro during the deal for Rs 49,999. The device’s price in India was announced at Rs 69,999. Users can take advantage of further discounts of up to Rs 13,000 and an immediate Rs 2000 discount by using their SBI credit card on this Independence Day. Harman Kardon-tuned quad speakers, a Snapdragon 8 Gen 1 processor, a flagship AMOLED display, 14 5G bands, and a 120W Xiaomi HyperCharge are all included in the Xiaomi 12 Pro. The smartphone comes with a triple 50MP + 50MP + 50MP camera arrangement.

In contrast, the most recent Redmi K50i 5G, which was initially priced at Rs 28,999, will be offered during the Xiaomi Independence Day & Rakhi Sale for Rs 24,999. Redmi K50i 5G features a Dimensity 8100 processor. It comes with a vivid 6.6-inch display with a 144Hz refresh rate.

Below is a list of further offers on smartphones.

Komila Singhhttp://www.gadgetbridge.com
Komila is one of the most spirited tech writers at Gadget Bridge. Always up for a new challenge, she is an expert at dissecting technology and getting to its core. She loves to tinker with new mobile phones, tablets and headphones.
Facebook
Twitter
WhatsApp
Linkedin
ReddIt
Email
Previous article
Nokia 8210 4G and New Nokia 110 (2022) feature phones launched in India
Next article
Amazon Quiz Answers Today 6 August 2022: Participate to win Rs 15,000