Xiaomi launches entry-level Redmi 9A with 5,000mAh battery in India

The device is powered by Mediatek Helio G25 SoC 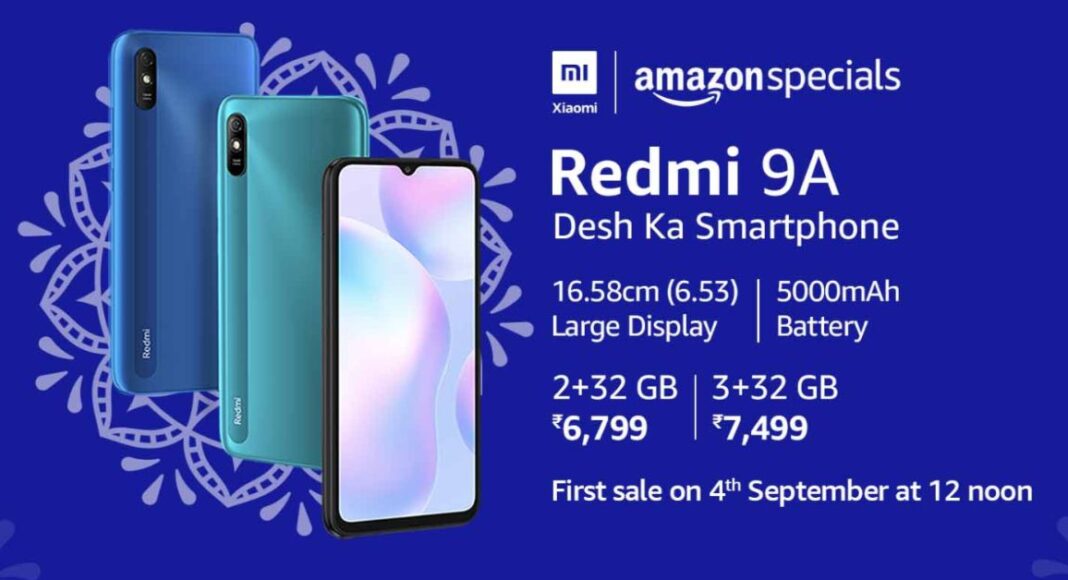 The Chinese smartphone company Xiaomi sub-brand Redmi today unveiled a new budget smartphone in India. The company has introduced Redmi 9A which is also a successor to Redmi 8A which was launched last year in the month of September. The device has been launched under the budget segment in the Redmi 9 line-up of smartphones. It comes with basic features such as a single camera on the back of the, a selfie camera and a 5,000mAh battery.

Redmi 9A price and availability

Xiaomi India today launched its new smartphone Redmi 9A in India today. The device was introduced via an online launch event. It has been introduced in two variants 2GB of RAM with 32GB storage option priced at Rs 6,499 while the 3GB RAM with 32GB storage option has been launched at Rs 7,499. The e-commerce website Amazon is the official sales partner of Redmi 9A and the smartphone will go on its first sale on September 4 at 12 noon onwards. The handset will also be available via Mi.com, Mi Home and will be put on sale via offline store soon. The Redmi 9A will be offered in three colour options Midnight Black, Nature Green, and Sea Blue. 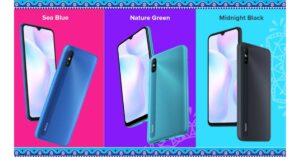 Redmi 9A runs on MIUI 11 based on Android 10 and it comes with a 6.53-inch HD+ LCD Dot Drop display with a 20:9 aspect ratio and 720×1,600 pixels of resolution. Under the hood, there is an octa-core Mediatek Helio G25 SoC with up to 3GB RAM and 32GB of internal storage that can be expanded up to 512GB using a microSD card. In addition to this, the smartphone comes with P2i coating for protection against water splash.

Komila Singhhttp://www.gadgetbridge.com
Komila is one of the most spirited tech writers at Gadget Bridge. Always up for a new challenge, she is an expert at dissecting technology and getting to its core. She loves to tinker with new mobile phones, tablets and headphones.
Facebook
Twitter
WhatsApp
Linkedin
ReddIt
Email
Previous article
Realme M1 Sonic Electric Toothbrush launching in India on September 3
Next article
Twitter now introduces representative tweet to trending phrase