The device was first launched globally in September last year. 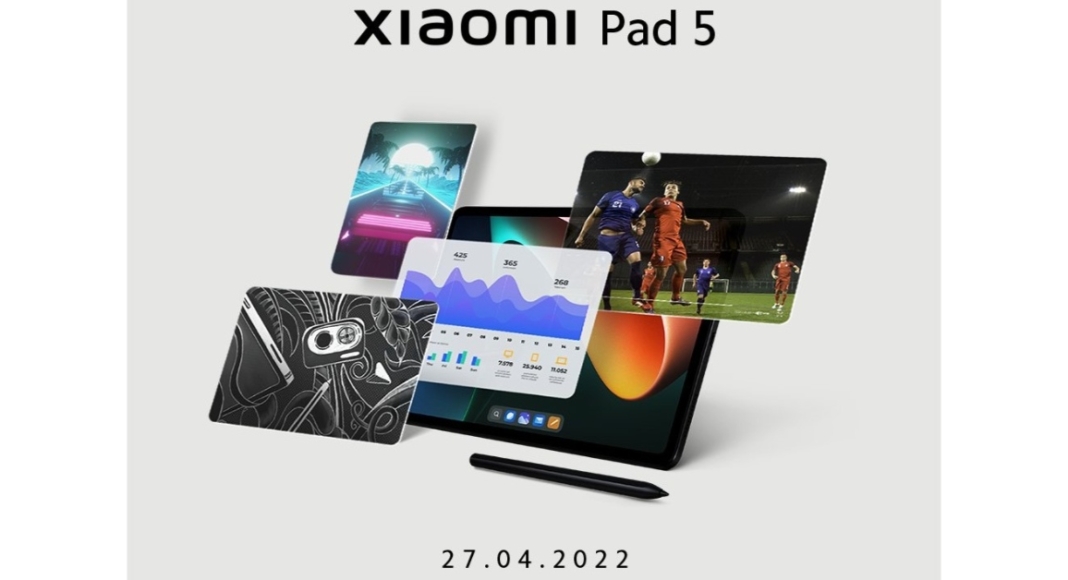 Xiaomi is all set to announce its new tablet in the Indian market. The company has confirmed that it is arriving with the Xiaomi Pad 5 in the country. The upcoming tab will be launched alongside Xiaomi 12 Pro 5G on April 27. To recall, the Pad 5 was released worldwide alongside the Xiaomi Smart Pen and Xiaomi 11T series last year. The company has also revealed the design in a video on its social media platform.

Xiaomi took to Twitter to announce the upcoming launch of the Xiaomi Pad 5 on April 27 in India. The company has begun teasing through its dedicated microsite where the Notify Me button has gone live so the interested ones can keep up to date on the device’s release and availability. The Xiaomi Pad 5’s global variant is powered by a Qualcomm Snapdragon 860 SoC and has a maximum storage capacity of 256GB. The tablet has an 8-megapixel selfie camera and a 120Hz refresh rate display.

The Xiaomi Pad 5 price in India remains unknown but globally it was presented at EUR 349 for the 6GB RAM with 128GB storage model which translates to Rs 30,000. Whereas the 6GB RAM with 256GB storage option is priced at EUR 399 which converts to Rs 34,600. The global variant comes in two colours: Cosmic Gray and Pearl White.

In terms of specifications, Xiaomi Pad 5 in India is expected to have identical features as the global version. The global Pad 5 comes with an 11-inch WQHD+ TrueTone display having 1,600×2,560 pixels of resolution. The screen features a 120Hz refresh rate, 16:10 aspect ratio, Dolby Vision and HDR10 are supported by the display. It runs on Android 11 with MIUI 12.5 for Pad. The device is equipped with a Qualcomm Snapdragon 860 processor and 6GB of LPDDR4X RAM with up to 256GB of UFS 3.1 onboard storage.

The tablet has a single 13-megapixel camera sensor and an LED flash on the back for optics. It also includes an 8-megapixel front-facing selfie camera

An 8,720mAh battery powers the tablet and supports 33W fast charging. It has four speakers and Dolby Atmos support. Additionally, the tablet supports Face Unlock and has a split-screen mode for multitasking.

Komila Singhhttp://www.gadgetbridge.com
Komila is one of the most spirited tech writers at Gadget Bridge. Always up for a new challenge, she is an expert at dissecting technology and getting to its core. She loves to tinker with new mobile phones, tablets and headphones.
Facebook
Twitter
WhatsApp
Linkedin
ReddIt
Email
Previous article
Garena Free Fire Redeem Codes for 19 April: Here is how to claim them
Next article
Find Public Restrooms Near Your Current Location: Step By Step Guide