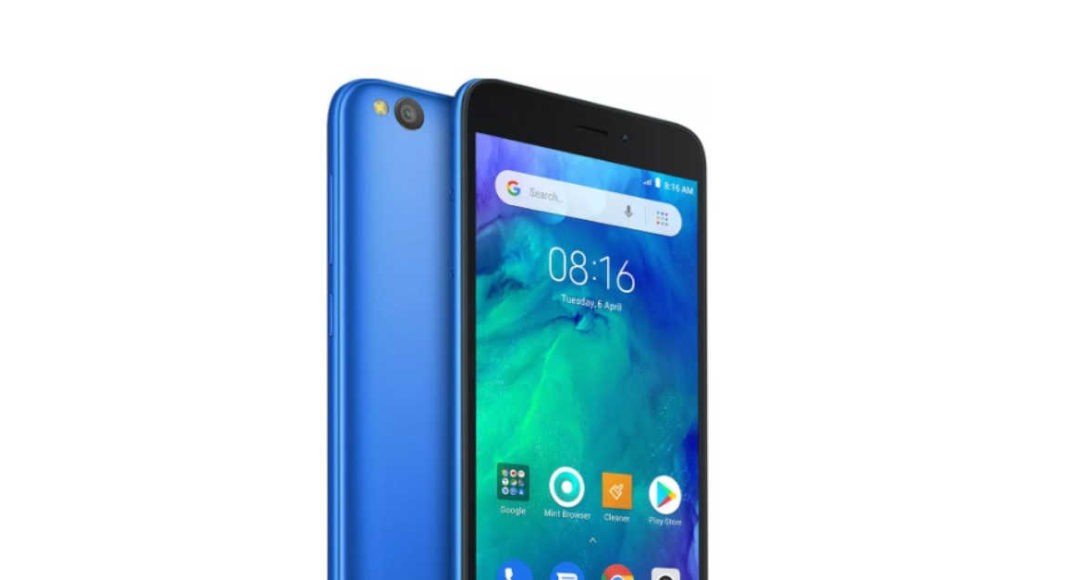 Xiaomi has launched its most affordable smartphone till now named Redmi Go. The phone was launched on March 19, in India, but its first official sale will start today on Flipkart and Mi.com from 12 noon. The Xiaomi Redmi Go runs on Android Go and it was announced by the company back in January. The device packs a 3,000mAh battery and comes with support for more than 20 Indian languages. The Redmi Go comes with Google Assistant support in Hindi as well as Hinglish (Hindi + English) languages and the device is aimed at the first time Android users.

Xiaomi Redmi Go will start selling from 12pm on Flipkart, Mi.com and Mi Home stores today, 22 March, 2019. Users can click the ‘notify me’ button on Flipkart to know about the availability of the device.

The Redmi Go launch offers includes Jio Cashback up to Rs 2,200 and up to 100GB of free data. Flipkart will also be giving no-cost EMI options with the purchase of the device and there is an extra 5 percent off on its original price if purchases with Axis Bank Buzz credit card.

The Xiaomi Redmi Go sports a 5-inch HD (720 x 1,280 pixels) resolution display. The smartphone is powered by a quad-core Snapdragon 425 SoC and it has Adreno 308 as its GPU. The Redmi Go comes with 1GB of RAM coupled with 8GB of inbuilt storage and microSD card support up to 128GB. The device runs Android 8.1 Oreo (Go edition) and packs a 3,000mAh battery.

From today, many Indians will experience something they haven't – the world of smartphone & apps. #RedmiGo goes on sale today for the first time at 12 PM on https://t.co/cwYEXdVQIo, Mi Home, & @Flipkart
Mi fans, let's RT and welcome them to #AapkiNayiDuniya. pic.twitter.com/cjDSh8WNky

For photography, the Redmi Go has an 8MP rear camera with 1.12-micron pixels with f/2.0 aperture and LED flash. While at the front, there is a 5MP selfie camera with 1.12-micron pixel sensor and an f/2.2 aperture. According to the company, the Xiaomi Redmi Go’s camera comes with features such as full-HD video recording, HDR, real-time filters and smart scene detection. The users of the device will also get unlimited storage on Google Photos in HQ resolution.

Aman Singhhttps://www.gadgetbridge.com/
Aman Kumar Singh has a Masters in Journalism and Mass Communication. He is a journalist, a photographer, a writer, a gamer, a movie addict and has a love for reading (everything). It’s his love of reading that has brought him knowledge in various fields including technology and gadgets. Talking about which, he loves to tweak and play with gadgets, new and old. And when he finds time, if he finds time, he can be seen playing video games or taking a new gadget for a test run.
Facebook
Twitter
WhatsApp
Linkedin
ReddIt
Email
Previous article
Samsung Galaxy A40 goes on pre-orders in Netherland before its launch
Next article
Facebook Messenger gets a new ‘quoted reply’ feature similar to WhatsApp