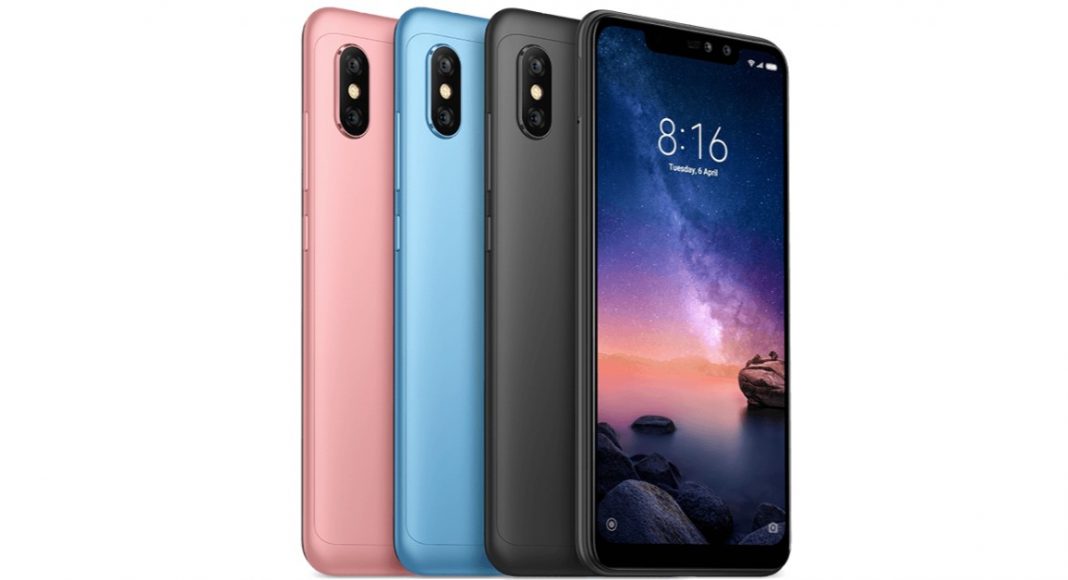 Xiaomi Redmi Note 6 Pro is available in 3GB and 4GB RAM variants. While the base model has 32GB onboard storage, the 4GB RAM version is clubbed with 64GB internal storage. Both the models are priced at IDR 28,99,000 and IDR 32,99,000 respectively. On doing currency conversion, the price of the base variant becomes around Rs 14,500 and that of 4GB RAM model becomes approximately Rs 16,500. Xiaomi Redmi Note 6 Pro is available in Black, Rose Gold and Blue colour options and reports claim that it will be launched in India by the end of this month. Earlier it was speculated that the smartphone will be available in four colour options, but that hasn’t turned out to be the case.

Before we begin to talk about the specifications of the smartphone, we should mention that some of the key specs remain the same as its predecessor Xiaomi Redmi Note 5 Pro’s. This includes the dual rear cameras, the battery and the processor of the smartphone. Also note that if you compare the base models of the two phones, Xiaomi Redmi Note 6 Pro packs lesser RAM and storage.

The smartphone features a 6.26-inch Full HD+ display that has an aspect ratio of 19:9 aspect ratio and comes with 2.5D curved glass. Powered by Qualcomm Snapdragon 636 14nm processor, Xiaomi Redmi Note 6 Pro comes in 3GB and 4GB RAM options. While the 3GB RAM model comes with 32GB onboard storage, the 4GB RAM variant has 64GB internal storage. It is worth noticing that Xiaomi Redmi Note 5 Pro came in 4GB RAM/64GB storage and 6GB RAM/64GB storage options. So, users got more RAM and storage on buying the base model. Coming back to Xiaomi Redmi Note 6 Pro, if you feel short of storage, you can add a microSD card of up to 128GB.

For imaging duties, the smartphone by Xiaomi sports two cameras on its back and two on its front panel. Speaking of the dual rear camera setup, Xiaomi Redmi Note 6 Pro sports 12MP and 5MP sensors, that are the same as Redmi Note 5 Pro’s. And as far as selfie cameras go, there is the same 20MP with Sony IMX376 sensor, however, it is clubbed with an additional 2MP camera. According to Xiaomi, the secondary selfie camera has an AI portrait selfie mode.

Redmi Note 6 Pro runs Android 8.1 Oreo skinned with MIUI 10 and houses a 4,000mAh battery. It comes with a fingerprint sensor as well as face unlock. On connectivity front, there is support for dual 4G VoLTE, Bluetooth 5, Wi-Fi, and GPS + GLONASS.