Xiaomi Redmi Note 7 with dual rear camera, 4,000mAh battery to launch in India today: How to watch the livestream 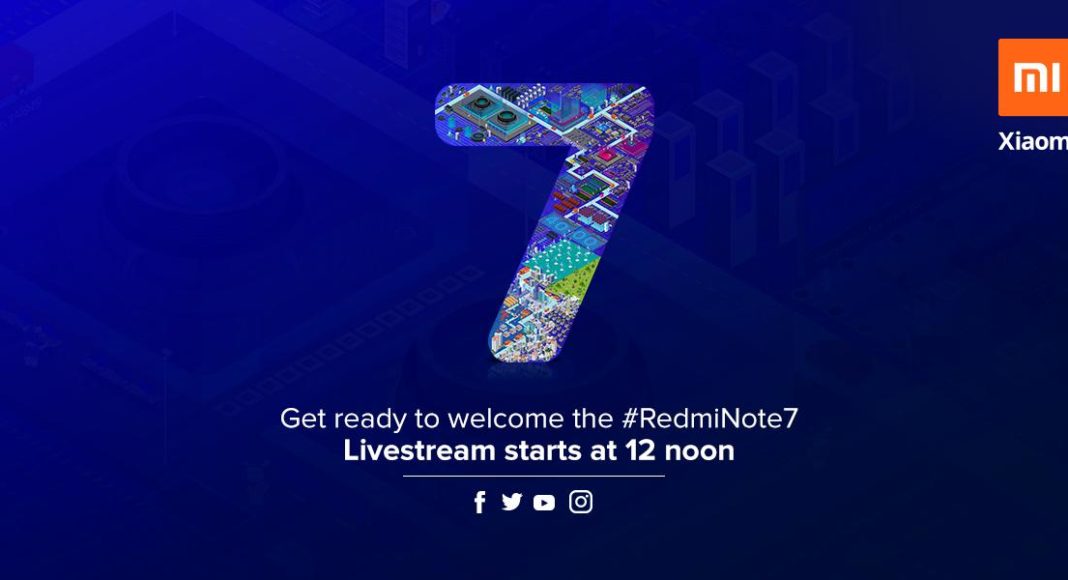 After weeks and months of teases and renders, the day Xiaomi’s Redmi Note 7 launch in India has finally arrived. The Redmi Note 7 smartphone will be getting launched at an event in New Delhi. According to some rumors that have surfaced online, Redmi Note 7 Pro – which is an upgraded version of Redmi Note 7 – may also be launched at the same event today. Here’s everything you should know about the device’s launch:

Redmi Note 7 launch: How to watch the livestream?

If you are interested in watching the Redmi Note 7 smartphone getting launched, you can tune in to Xiaomi’s official YouTube channel at 12pm today. The company will be livestreaming the event there. We have also embedded the video of the livestream on this page, so you can also watch the livestream here.

Xiaomi had already launched the Redmi Note 7 in China in January this year. In the Chinese market, the smartphone is selling for a starting price of 999RMB (approximately Rs 10,500). The price range of Redmi Note 7 starts from 999RMB and goes up to 1,399RMB (approximately Rs 14,500) according to the specifications and the variants of the phone. There are 3 variants of the phone, one with 3GB RAM and 32GB storage, another with 4GB RAM and 64GB storage and the top-end variant of the smartphone comes with 6GB of RAM and 64GB of storage. The cost of all the variants of Redmi Note 7 in India should be similar to the Chinese pricing.

The key highlight of the Redmi Note 7 smartphone is its 48MP rear camera sensor which will be a first in the budget segment. The main camera will be accompanied with a 5MP sensor, and for selfies and video calls, there will be a 13MP AI sensor on the front panel. Other than that, Redmi Note 7 packs a 2.2GHz Snapdragon 660 octa-core processor and comes in the aforementioned RAM and storage variants. Redmi Note 7 will also have a 4,000mAh battery and sport a 6.3-inch Full HD+ LTPS display with 1080 x 2340 resolution.

The smartphone the successor of Xiaomi’s Redmi Note 6 Pro which didn’t sell very well in the Indian market because it wasn’t  too much of an upgrade from the previously launched Xiaomi Redmi Note 5 Pro.

Update: The variant that has been launched in India comes with 12MP+2MP dual rear cameras.

Aman Singhhttps://www.gadgetbridge.com/
Aman Kumar Singh has a Masters in Journalism and Mass Communication. He is a journalist, a photographer, a writer, a gamer, a movie addict and has a love for reading (everything). It’s his love of reading that has brought him knowledge in various fields including technology and gadgets. Talking about which, he loves to tweak and play with gadgets, new and old. And when he finds time, if he finds time, he can be seen playing video games or taking a new gadget for a test run.
Facebook
Twitter
WhatsApp
Linkedin
ReddIt
Email
Previous articleOnePlus and Qualcomm to begin 5G trials in India
Next articleRedmi Note 7 vs Samsung Galaxy M30 vs Asus Zenfone Max Pro M2: Comparison