Xiaomi to launch Mi 11 Ultra and Mi 11X series in India today: How to watch the event live 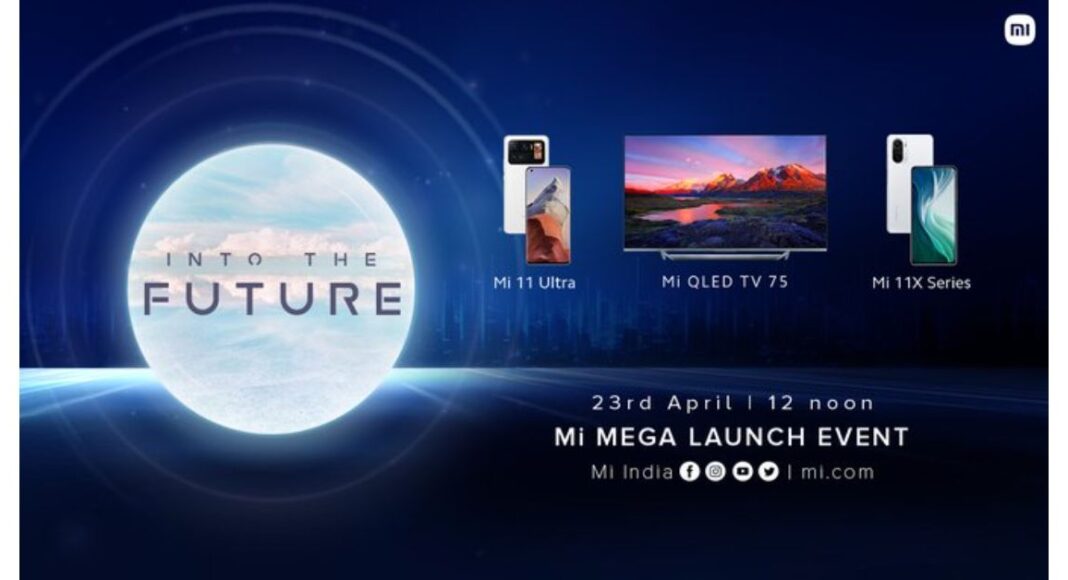 Xiaomi is all set to launch its much-awaited Mi 11 series and Mi 11X series today in India. The former one will include three devices Mi 11, Mi 11 Pro and Mi 11i beside Mi 11 Ultra while the latter one will be offering Mi 11X and Mi 11X Pro. The Ultra variant is Xiaomi’s newest premium model that is going to feature a pro-grade camera set up consisting of a massive, 50-megapixel primary Samsung GN2 sensor same as the 1-inch sensor available on Sony’s RX cameras. The phone is powered by Qualcomm Snapdragon 888 SoC paired with Adreno 660 GPU.

The launch of the Mi 11 series and Mi 11X series in India is scheduled for today at noon. The company will be hosting a Mi Mega Launch Event that will be live-streamed via the company’s official YouTube channel along with its other social media channels. For your convenience, we have embedded the link below so you can watch here live.

The company has also listed Mi 11 Ultra on Amazon to tease its availability. So when it gets launched in the country the phone will be made available to Indian buyers via the e-commerce site. 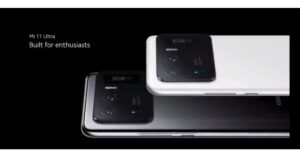 Mi 11 Ultra features a quad-curved 6.81-inch 2K WQHD+ E4 AMOLED display with a 120Hz refresh rate panel with a 240Hz touch sampling rate support. The panel has support for HDR10+ as well as Dolby Vision. There is an additional secondary 1.1-inch AMOLED touch screen with 126×294 pixels of resolution. It runs MIUI 12 on top of Android 11. The phone is equipped with Qualcomm Snapdragon 888 SoC paired with Adreno 660 GPU along with up to 12GB LPDDR5 RAM, and up to 512GB UFS 3.1 storage.

Mi 11 Ultra comes with a triple rear camera setup with a multi-functional secondary display for notifications, battery level, and weather alerts. The camera system includes a 50-megapixel Samsung GN2 primary wide-angle sensor with f/1.95 aperture and OIS support, which is close to a 1-inch sensor available on Sony’s RX cameras.

In addition to this, there are two 48-megapixel Sony IMX586 ultra-wide-angle and tele-macro sensors (5x optical and 120x digital zoom) onboard. All three sensors support 8K video recording at 24fps. Upfront, there is a 20-megapixel sensor for taking selfies and video calling.

Mi 11 Ultra is backed by a 5,000mAh battery, which has support for 67W wired and wireless fast charging tech along with a 10W reverse wireless charging facility. 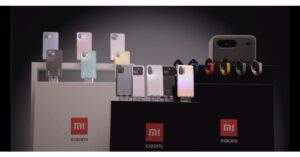 Mi 11 Pro is similar to the Ultra variant, the display, chipset and battery are the same, however, it lacks the secondary display. It includes the same primary camera whereas the other two sensors are a 13-megapixel ultra-wide-angle sensor and an 8-megapixel tele-macro lens with 50x digital zoom, and 5x optical zoom and OIS support.

the Mi 11 Lite 5G features a 6.55-inch full-HD+ AMOLED display with a 90Hz refresh rate panel with HDR10+ and Dolby Vision support. The phone is powered by a Qualcomm Snapdragon 780G SoC, paired with Adreno 642 GPU for graphics. The device packs a 4,250mAh battery that supports 33W fast charging.

The phone comes with a triple rear camera set up that includes a 64-megapixel primary sensor in addition to an 8-megapixel ultra-wide-angle sensor and a 5-megapixel macro sensor. This phone also sports a 20-megapixel front-facing camera. 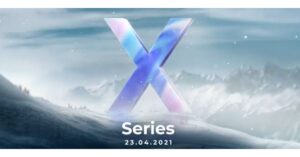 The Mi 11X series is speculated to be a  rebranded version of the Redmi K40 series which was launched in China a few months back that includes Redmi K40 and Redmi K40 Pro+. The former one is said to come as Mi 11X while the latter one to debut as Mi 11X Pro.

The smartphone will be featuring a 6.67-inch full-HD+ AMOLED display with 1,080×2,400 pixels of resolution and a 120Hz of refresh rate along with an in-display fingerprint sensor. Under the hood, there will be an octa-core Qualcomm Snapdragon 870 SoC. The device could offer up to 256GB of UFS 3.1 storage.

On the other hand, the Mi 11X Pro is expected to come with Qualcomm Snapdragon 888 SoC speculated to be paired with up to 12GB of RAM and up to 256GB of storage. It may include an upgraded camera set up, which could come with a 108-megapixel Samsung HM2 primary sensor.

Both the phones might also house a similar 4,520mAh battery with 33W fast charging support.

Komila Singhhttp://www.gadgetbridge.com
Komila is one of the most spirited tech writers at Gadget Bridge. Always up for a new challenge, she is an expert at dissecting technology and getting to its core. She loves to tinker with new mobile phones, tablets and headphones.
Facebook
Twitter
WhatsApp
Linkedin
ReddIt
Email
Previous article
April 23 Flipkart Daily Trivia Quiz Answers: Answer to win exciting prizes
Next article
Mi Mix Fold global launch tipped, India launch expected soon