HomeOther TechAppsYou can now video chat with up to 50 people at once... 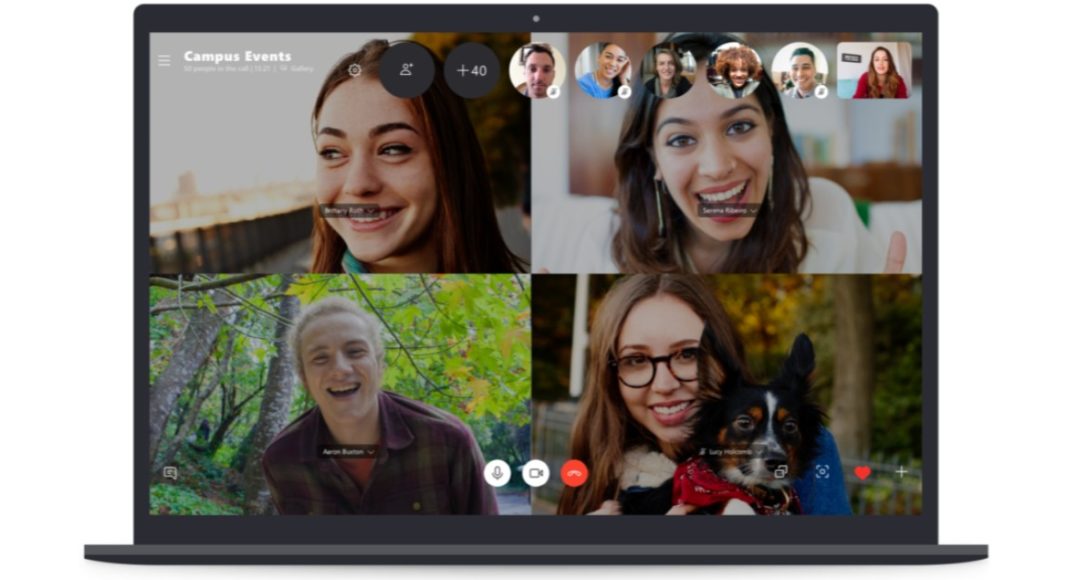 Although video calling is now available on multiple platforms like FaceTime, Facebook Messenger, Instagram and WhatsApp, there are some Skype features that still make users have a preference for it. While WhatsApp may have a much bigger user base, some nifty features of Skype make it a better service than the instant messaging app.

Recently, software giant Microsoft announced that it will be adding another feature to make sure that Skype has an edge over others. Soon after, it rolled out a beta update to Skype for testing group video calls with up to 50 participants. And now, Microsoft has made the feature available to all with a stable update for Skype.

With the new feature, Skype would become very important for a number of businesses and companies as they would be able to use it for holding meetings. The feature would let them add various people who need to be included but cannot be physically present there.

It is also worth noticing that Skype is the only service that allows to add that many people in a group video call. Prior to this, Skype had support for adding up to 25 callers at a given time, but it was surpassed by Apple which allows up to 32 callers on FaceTime. However, Skype has taken its lead back with the latest update.

This makes way more sense than what Skype did earlier. For those unaware, prior to this update, all the participants received a ring when a group call started. It is worth mentioning, however, that in case a video call has fewer than 25 participants, Skype would still let the call organizer ring everyone.

Coming back to the updated features, in case some participants don’t respond to the notification and miss the call, others will have the option of including them by calling them up once the video call has started. The new group calling feature is now available to all. So, if you think that it will be useful to you, you can download the latest version and start video calling up to 50 people starting today.

Which is your favourite app for making group video calls? Let us know in the comments below!

Avani Baggahttp://www.gadgetbridge.com
Avani has an immense love for reading, travelling and food, but not necessarily in the same order. Avani almost started pursuing law, but life had other (better) plans for her and she chose to be a writer instead (luckily!) She previously covered technology at Times Internet and wrote about smartphones, mobile apps and tech startups. When she’s not writing, you’ll be able to find her in book stores or catching up on her social life.
Facebook
Twitter
WhatsApp
Linkedin
ReddIt
Email
Previous articleOppo A5 with 64GB internal storage launched in India: Price and specifications
Next articleTwo Chinese students conned Apple of nearly $1 million in iPhone replacements scam: Report