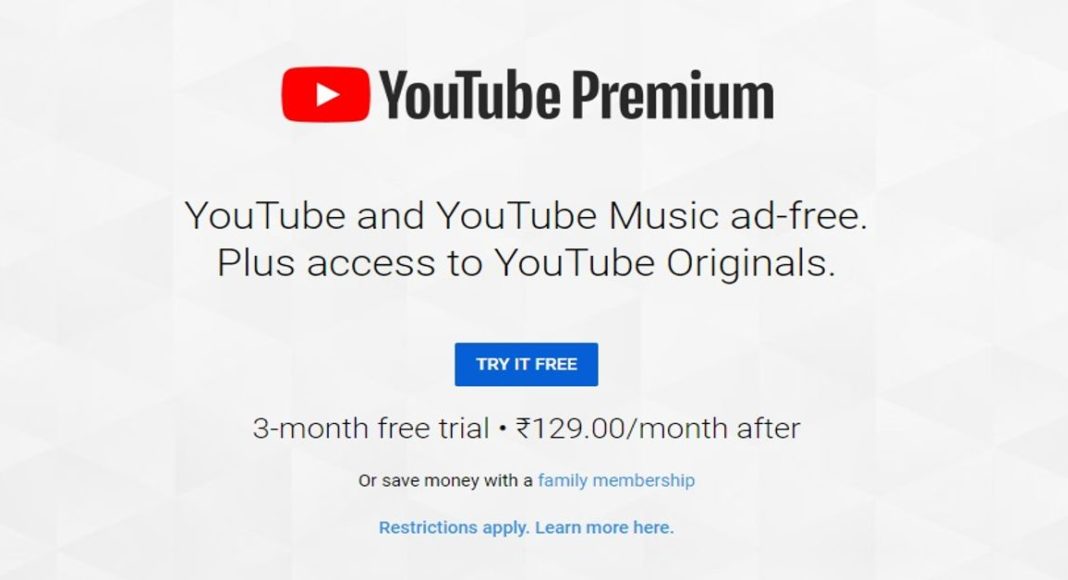 Everyone loves to get a good service. And if there are no costs attached to it, it becomes even sweeter. YouTube has announced that the Alphabet-owned company will give 3 months subscription of its Premium and Music service to students at no costs. Generally, they give only 1-month free subscription to people. But in a tender to increase its say in the OTT online video and music content and streaming market, they are giving 3 months’ worth free subscription.

The offer is only for students at the moment and they will get 3 months free service, after which they would need to pay the regular fee like others. Companies like Amazon Prime, Netflix, Spotify and Amazon Music already have a strong foothold in many regions. YouTube wants to grow its premium market. Hence, they have taken this decision. The deal includes where students would need to sign up for a fee of USD 6.99 (Rs 490 approximately) per month. Here the first three months are given as free.

YouTube in a statement said, “Attention: Students, for a limited time, new members can enjoy three months of the #YouTubeMusic Premium or @YouTubePremium student plan in select territories, on us. Let us know what you’re playing to get #BacktoSchool,”

For the unknown, YouTube premium gives its users ad-free watching experience, in which users can also download videos to watch later in Full HD (1080p) resolution. Similarly, YouTube music also gives users an ad-free experience and one can also download music in this service. The package is very similar to Amazon Music and Spotify. With this the company aims to increase its userbase and get new customers to start using its service.

As said, right now the market is being led by Netflix and Amazon Prime. Both of which have great local and international content. Which is being updated very rapidly. So, according to us the task for YouTube premium is tough. They might also want to lower the prices since some of its competition has already done that for emerging markets like India.