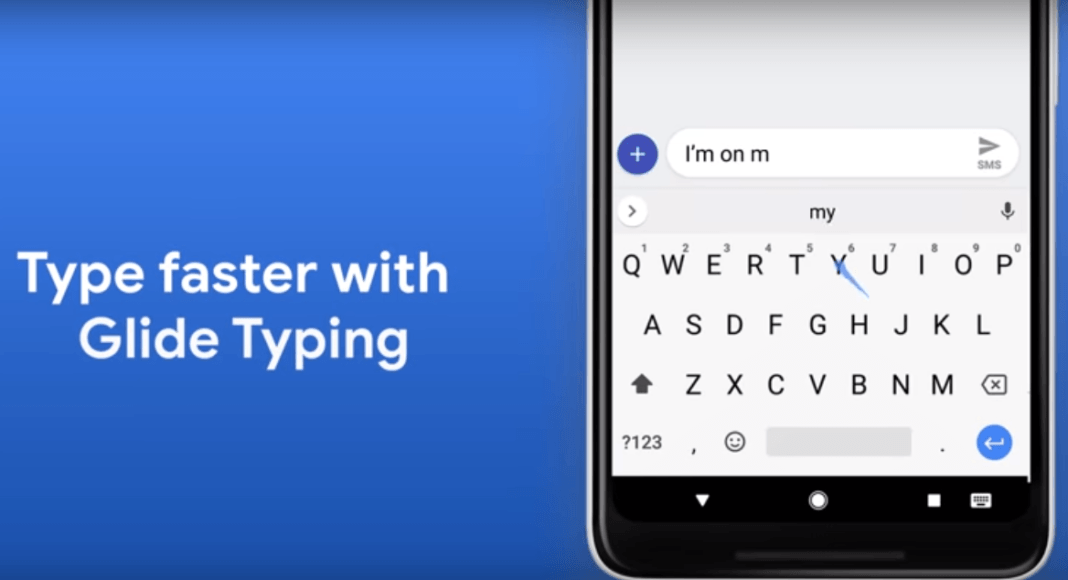 Google has started rolling out Gboard version 8.3.6, which brings a number of new features for the popular keyboard app.

With the new update, Gboard will now support more than 200 languages through the handwriting input method. The update is available for download on the Google Play Store in India.

While you should definitely try this new feature if you love writing over typing, you should first check if your preferred language is supported or not.

Other new things which have been included in this update include the ability to share language keyboard preferences with other Gboard users.

This popular app apparently keeps on improving and gets more useful after each update that Google rolls out.

Not only this, Gboard users will now be able to share their language settings with other Gboard users so that the other person is effortlessly able to set up their app. Even though this feature is mentioned in the changelog, the app is available to download for iOS via the App Store, but right now it is only available for the beta version. The app also supports Android N so you can also install it on your Nexus devices.

Recently Google also added a feature for Deleting Searches and a revamped overflow menu with the update for its iOS app. In addition to this, the technology giant has also rolled out a beta version of Gboard for Android. Gboard also made some minor changes in the Beta Version 8.1 such as changed overflow screen and support for deleting the Gboard searches. The new Gboard overflow screen layout allows more icons and offers a better screen real estate than the earlier layout. The other feature is like deletion of Gboard searches which allows the users to long press on the search bar to enable the option of deleting searches.

Komila Singhhttp://www.gadgetbridge.com
Komila is one of the most spirited tech writers at Gadget Bridge. Always up for a new challenge, she is an expert at dissecting technology and getting to its core. She loves to tinker with new mobile phones, tablets and headphones.
Facebook
Twitter
WhatsApp
Linkedin
ReddIt
Email
Previous articleHuawei to roll out its Hongmeng OS replacing the Android OS on its smartphones
Next articleRedmi is testing a new smartphone with Samsung’s 64MP sensor