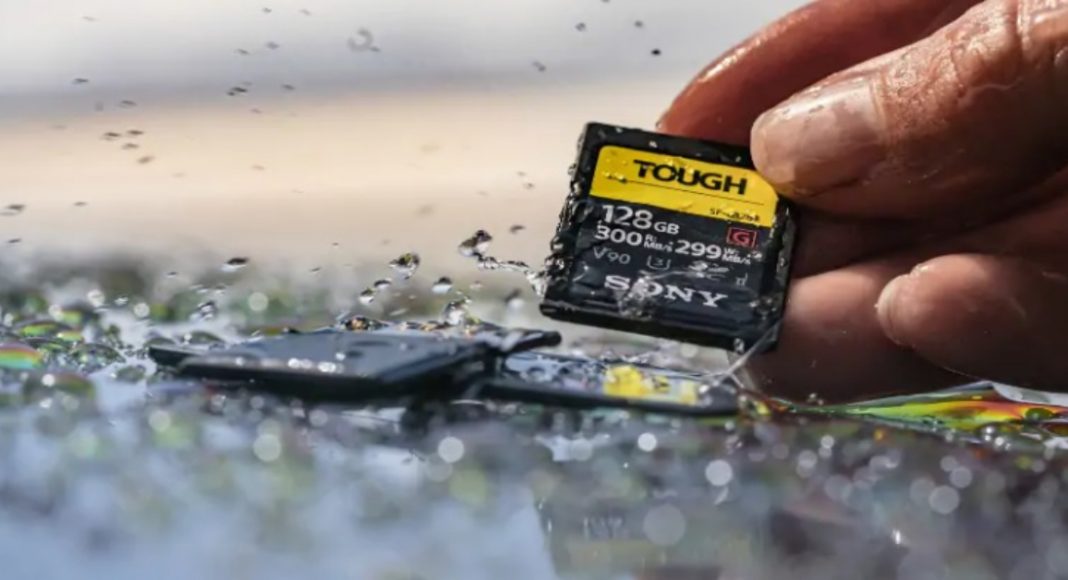 Sony has launched its UHS-II SD card in India today. The company is touting its latest offering as the world’s toughest and fastest SD card and it is also said to be the first ever rib-less SD card that comes without write protection switch. The newly launched Sony UHS-II SD card is a part of SF-G series TOUGH specification range and comes in 64GB and 128GB storage variants that are priced at Rs 13,290 and Rs 24,590 respectively.

The company has added some enhanced features to its newest SD card that are aimed at professional photographers, videographers and at those who use DSLRs or mirrorless cameras.

Speaking on the occasion of the launch, the company has said, “Capturing fast-moving and unpredictable subjects, the new SF-G series is equipped with the world’s fastest write speed of up to 299MB/s, buffer clearing time is minimized, allowing the photographer to shoot many frames per second and capture the action that they want. The SF-G series TOUGH specification range also supports V90, the highest standard of video speed class, making it an ideal companion for shooting high resolution video. Furthermore, transferring high capacity photo and video files is made simple with the SF-G series TOUGH specification, thanks to a read speed of up to 300MB/s. This is another world’s fastest which dramatically enhances workflow efficiency after the shooting is all wrapped up. In a further acknowledgement of the practical needs of photographers, the SF-G series TOUGH specification range feature bright yellow banding design, making the card easier to spot in dark shooting conditions.”

Avani Baggahttp://www.gadgetbridge.com
Avani has an immense love for reading, travelling and food, but not necessarily in the same order. Avani almost started pursuing law, but life had other (better) plans for her and she chose to be a writer instead (luckily!) She previously covered technology at Times Internet and wrote about smartphones, mobile apps and tech startups. When she’s not writing, you’ll be able to find her in book stores or catching up on her social life.
Facebook
Twitter
WhatsApp
Linkedin
ReddIt
Email
Previous articleXiaomi Redmi Note 6 Pro to launch in two RAM variants, four colour options: Report
Next articleWhatsApp is updating its ‘Delete for Everyone’ feature