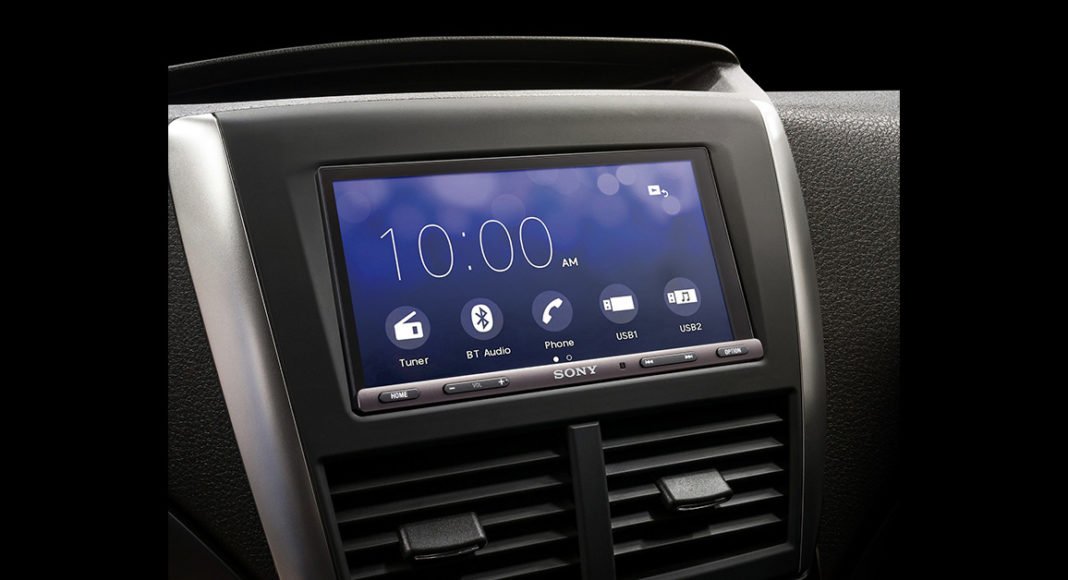 When it comes to ICE (in-car entertainment) systems in India, Sony tops the list in both the in-dash system and the speakers that go with it. The Japanese company has introduced a really cool new AV receiver here in India called the Sony XAV-AX5000. This one retails for Rs 24,990 and sports a 6.95-inch bezel-less touch display.

The main attraction of the Sony XAV-AX5000 is that it is both Android Auto and Apple CarPlay ready. Users can easily connect there Android or iOS devices to the Sony’s ICE system and get important messages on screen. Users can also make or receive calls, send messages and even access and play music from their mobile device through it.

The Sony XAV-AX5000 was first showcased at CES 2018 and now finally is available in India. The touch screen has card type buttons on it. There are some physical keys at the bottom of the panel as well, from where users can increase or decrease volume, go to the home screen or options menu and skip a track, too. There are dual USB ports available on it, so one can connect two devices to it at the same time.

This in-dash receiver by Sony is rear view camera compatible, so if a user wants to install a rear camera later, he/she would not require an additional screen for it. The Sony XAV-AX5000 does boast of Extra Bass circuitry which enables the device to produce clear sound with good amount of bass. Sony says it helps the system to overcome any type of engine noise and users get pure resonance without ambient sound. A 10 band equaliser has been added to the mix with 10 pre-sets. Audio files such as FLAC and MP3 are supported on the Sony XAV-AX5000.

The quick wakeup feature introduced in the system, reduces lag between the engine start and device start time. Sony claims that as soon as you turn the ignition the Sony XAV-AX5000 wakes up and is ready to play your favourite tunes.