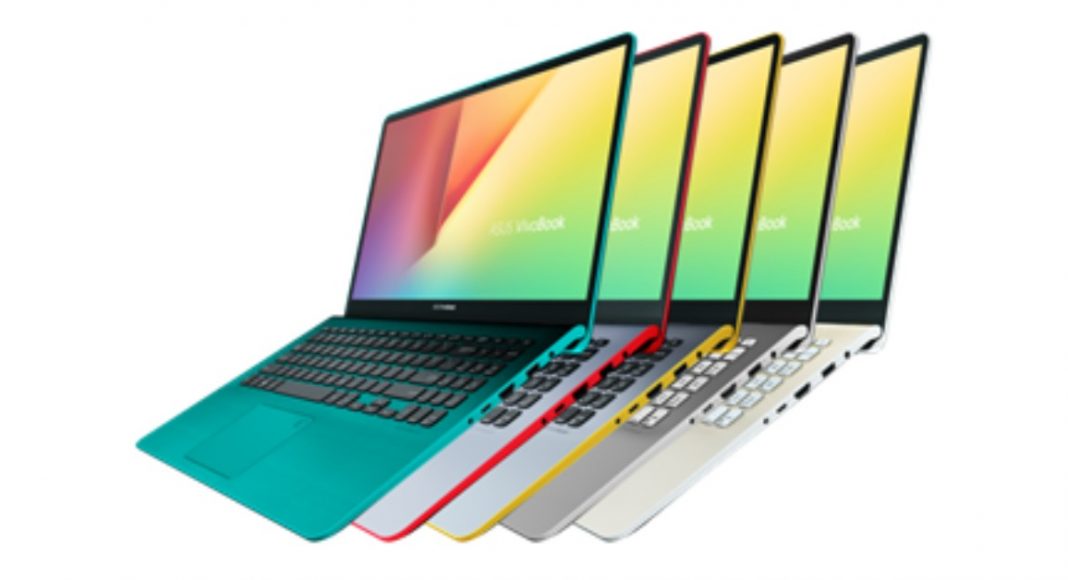 Taiwanese consumer electronics manufacturer Asus has today launched its Windows 10 laptops, VivoBook S15 (S530) and S14 (S430). The laptops are available in a number of colours including Icicle Gold, Firmament Green, Silver Blue, Star Grey, and Gun Metal. Asus VivoBook S15 and VivoBook S14 come with ErgoLift hinge that is said to offer a desktop keyboard like experience to the user.

Coming to the specifications of the two laptops, both sport a three-sided NanoEdge display and are powered by up to 8th Generation Intel Core i7 processor. The laptops also come with NVIDIA GeForce MX150 discrete graphics. Asus VivoBook S15 and VivoBook S14 come with a dual-storage design and come with an ErgoLift hinge that can automatically tilt the keyboard by 3.5°. The Ergolift hinge can be used to create the feeling of a desktop computer and another benefit of having it is that laptops get an extra ventilation space as it enables more airflow around the underside of the chassis.

The two are the first two laptops in the VivoBook Series to come with three-sided NanoEdge design. The said design offers a screen to body ratio 86% and 84% to S15 and S14 respectively. While the S15 weighs 1.8Kg, the S14 is of 1.4Kg.

The laptops come with ASUS Wi-FI Master technology, which enables wireless connectivity on the laptop. It has a top speed of up to 867Mbps that is 6X faster than 802.11n. The two new laptops by Asus also offer one-touch access with Windows Hello, as the device has a fingerprint sensor on the touchpad. However, it is optional to use it. On the connectivity front, the laptops come with USB Type-C port, USB-C 3.1 Gen 1, HDMI output, and a microSD card reader.

Asus ZenFone 8 and ZenFone 8 Flip to be renamed as...

Komila Singh - May 17, 2021 0
Last week Asus announced the launch of its Zenfone 8 Series globally. The line-up includes the Asus ZenFone 8 and ZenFone 8 Flip. Along...

MSI refreshes its gaming series and creator series laptops with the...

Avita 2 in 1 cosmos series laptop launched in India at...

Asus ZenFone 8 and ZenFone 8 Flip to be renamed as...

MSI refreshes its gaming series and creator series laptops with the...

Avita 2 in 1 cosmos series laptop launched in India at...