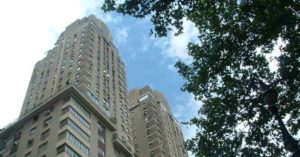 Jeff Bezos owns three condominiums in the Century building at 25 Central Park West in New York City’s upper west side, which he bought in 1999 from former Sony Music head Tommy Mottola. He had to pay a total of $7.65 million, but he got a place right next to Central Park. Built in 1931, the building has 32 floors in total and three separate entrances. It is famous for its services like concierge and elevator attendants. 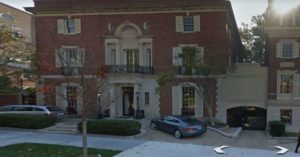 In Washington DC, Bezos owns a former textile museum in the Kalorama neighbourhood that he bought for $23 million in 2016. The property spans into 27,000 square foot space and dates back to 1912 and is also mentioned in the National Register of Historic Places. Needless to say, the entire neighbourhood surrounding it has the elites of Washington living there. Among them are the Obamas, who own a $5.3 million home in the neighbourhood, and we should also mention that Ivanka Trump and Jared Kushner recently moved there too. 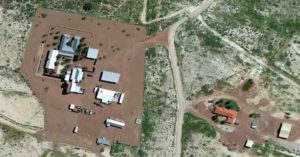 Amazon CEO has a property in Van Horn that spans over 30,000-acre. It is the Figure 2 ranch that he bought to give his family the experience he had when he went to his grandparents’ ranch as a kid. 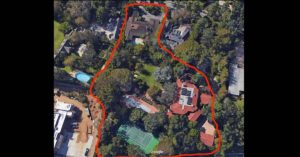 In July 2017, Bezos bought a four-bedroom house for $12.9 million in Beverly Hills. The Amazon CEO’s house dominates the entire block even though it’s full of mansions. 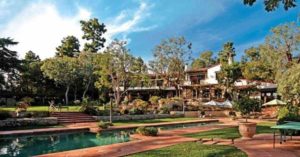 Even in Beverly Hills, Bezos has more than one property. One we just spoke about and the other is a Spanish style mansion that he bought in 2007 for $24.45 million. The mansion has seven bedrooms, a greenhouse, a tennis court, a swimming pool, four fountains and a six-car garage. We should also mention that a number of Hollywood stars live on the same street. 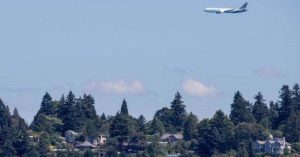 Bezos also owns two houses in the same neighbourhood as Bill Gates and a report in The Wall Street Journal said that he paid $10 million for it in 1998. One of the two houses spans over 20,600 square foot and has five bedrooms and four bathrooms. The other one is an 8,300 square foot house that has five bedrooms and four bathrooms. In 2010, the properties were renovated for a whopping $28 million. 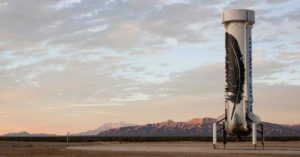 One of the properties that Jeff Bezos owns in Van Horn is the base for Blue Origin, which is his space company. In 2015, the company launched and landed a reusable rocket called New Shepard and created history when it did do. The aim of Blue Origin is to become a space tourism company and send people for weightless rides as soon as April 2019.

Gadget Bridge Bureauhttp://gadgetbridge.com
Facebook
Twitter
WhatsApp
Linkedin
ReddIt
Email
Previous article
Samsung 970 EVO Plus SSD with up to 2TB storage launched in India
Next article
Here’s when your Nokia smartphone will get the Android Pie update